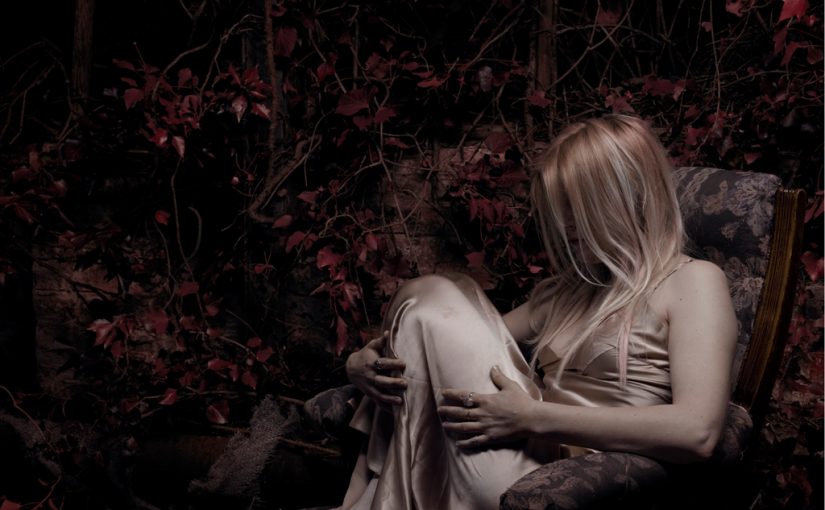 “There is beauty in the unspoiled innocence of music, a beauty that cannot be quantified but one that fills the soul with empathy and love.”

I wrote that after my umpteenth listen to the first EP from Talitha Rise – ‘Blue’, I like music that has pomp and circumstance and power and glory but I also love music that has the power to move me with it’s grace and beauty and ‘Blue’ fits perfectly in the latter category.

Talitha Rise is the solo project of Jo Beth Young, Jo Beth has been likened to artists such as Tori Amos, First Aid Kit, Mazzy Star and Stevie Nicks all the while remaining a striking and unique voice that hypnotizes the ear.

Whether recorded or live her music grabs the listener from the first few notes and plunges them into the deep with a combination of diverse and haunting vocals, melodical journeys that makes you wonder where on earth you have been for the last 30 minutes.

Her EP ‘Blue’ (co-written and co-produced by Martyn Barker (Shriekback) introduced a forest of unfurled noise where a plethora of strings and lush unexpected sounds wind themselves around stories and understated guestings from artists such as Juldeh Camara (Robert Plant) and Chris Difford (Squeeze). Six atmospheric songs of understated grace, ‘Blue’ opens with the dreamlike Magpies, a track with an otherworldly feel to it and one where the ethereal qualities of Jo Beth’s gorgeous vocals just draw you in. It’s Folk music but like nothing you’ve really heard before, the pared back rawness of the music adding a primal gloss to everything. Shadow Navigation carries the theme further with a delicate guitar and strings guiding the haunting vocal along a hidden path. These songs were conceived and inspired by the surrounding nature of East Sussex and you can almost feel the life-force running through them. A plaintive violin adds pathos and humility to the stark beauty at the heart of Jo Beth’s elfin-like voice.

There’s an impish tone to Golden Moon, a track with a more traditional folk edge to the music, Listening to Jo Beth I imagine myself in a mist-shrouded dawn as her elegantly lilting tones bewitch you. This song has a more serious overtone, darker, more intriguing as it segues into progressive-folk with its allegorical connotations, slightly devilish and wild. The most pared back song on the EP, Deadwood is a delicate and sublime piece of music, the fragility barely held back as Jo Beth delivers her halting vocal like an ancient troubadour, backed by the bare essentials of instrumentation. There’s a ghostly, intangible sensation that hangs over the whole track and you find yourself getting lost in its inestimable charm.

Wide-eyed innocence flows from Jo Beth’s voice as she sings the opening words to Morning, another simple and yet delightful piece of music that plucks at your heart strings with its naiveté and guilelessness. Perhaps more Art Pop than folk, it fits in with the rest of the songs perfectly. There’s no complications to music when it is as simple and unpretentious as this and it lifts the heavy weight of life from your soul. Too soon the EP comes to a close with Doves, perhaps the most progressively tinged track with its enigmatic aura. A passionate and ardent song, Jo Beth gives us her most powerful vocal performance and yet she never loses that childlike innocence from her voice. The vibrant music delivers a colourful soundscape that envelops all and closes out the EP in elegant style.

Captivating and bewitching from the first note, the ethereal beauty and childlike grace of Jo Beth Young’s vocals are at the core of ‘Blue’, a wondrously engaging collection of songs that serve notice of a musical talent to watch out for. She is currently finishing the debut Talitha Rise album due for release in late  2017. The Lake is the first single of the album.