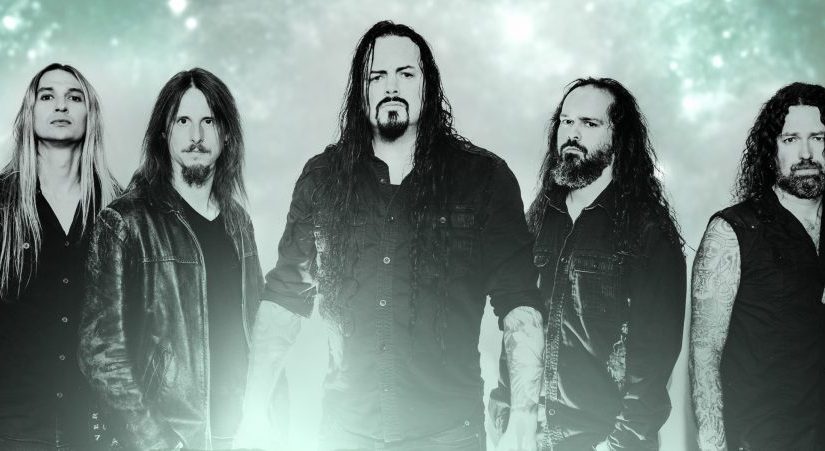 Despite my ever widening musical interests and the list of artists I listen to growing at a rapid rate, there are always bands that have defined historical points in my life, regardless of genre. Opening new chapters in my musical dictionary has always excited me, that rush you feel on hearing a band for the first time that resonates and elates, making the hairs raise on your arms and the delicious tingle stroke the back of the neck is exquisite. Suddenly you feel immortal and could do anything.

The band invest, you invest and you feel part of the journey they take, the ups and downs the highs and lows and the progression. A much needed progression so as not to stay static, waste away, fade and disappear. The progression will lose some investors along the way from band and fans and gain new ones. There will always be naysayers, those who don’t want change, refuse to understand and will always bemoan the perceptive loss of what they enjoyed through any deviation. But I feel a band has a duty to themselves to follow their hearts and at times that will mean blocking out the negativity to allow the creativity. We owe it to them to try and understand and listen with open minds and hearts, if we do not like the new direction then by all means leave the flock but attempts to desecrate should be left at the door as you exit.

And so it is with Evergrey who, along with Sylvan, introduced me to the heavier side of Prog. ‘Recreation Day’ blew me away, especially the title track, and I invested, like a coke fueled trader, in their stock. They have always excited me, and I have awaited new releases with relish. Then something happened. Had I become used to the sound, taken the music for granted without realising after all these years? ‘Hymns for the Broken’ hit me like a musical tsunami, refreshing, vital and passionate making me feel like the the first time I’d heard them. It hammered into my Top Ten of last year and was never dethroned, beating off any pretenders.

And so to the new album ‘The Storm Within’, could it match or surpass it’s predecessor? Opener, Distance, wrong foots me initially with slow echoing piano but then it kicks in, heavy and with intent guitars burning, drums roll, bass thunders and keyboards majestically swirl as Tom S Englund emphatically reminds us ‘it’s not over, we’ll soon be closer than before’. I don’t think I’ve ever felt closer as an eerie escalation pumps the blood vessels and the pulse increases. The sound is swelled with a children’s choir fading out to the haunting piano keys. Like a tornado it has picked you up, spun you round and landed you back where you started, static electricity crackling into…

Rikard Zander’s keyboard charge with the musical hounds of hell in pursuit and the heartbeat increases, the energy Passing Through your body. Tom’s vocals urgent and beseeching, soaring solos from Henrik Danhage tearing musical veins apart like a practised surgeon, tendons strained by the pounding bass of Johan Niemann, twitching the muscles driven by the drums of Jonas Ekdahl as the keyboards race out into the distance leaving fading notes in it’s wake popping like blood vessels.

A haunting call and the chopping guitars like a savage axeman swing into play as an explosive burst from Jonas hits you in the cranium. The vocals seek to reassure as you regain your bearings, Someday you will shed your vulnerability and we will all be welcomed with open arms together, carried into the symbiotic bloodstream of the musical body.

Heavy pulsating bass and guitars exhale with force, cloying at the icy air as the drums drive freezing winds and Tom entreats you not to be lead Astray into the cold winter of sorrows, stay strong against adversity, don’t give in, don’t let go. The guitar cries with the vocals and you feel a chill as the onslaught reaches a juddering halt. Breathe.

Piano and strings softly lament a relationship that can never be, to expect it would to be asking The Impossible. A forlorn hope that can only break hearts and torment souls. Is there no end to this?

Ripped from futile reverie by the sheer aggression of music, racing across the aural planes like a savage hoard. Anger bursts from My Allied Ocean of torment. Destroy, burn it all, leave no stone unturned as the instrumental blows lay all to waste. Keys fan the flames of guitars and bass as the black smoke drums bring darkness and leave nowhere to hide, no safe haven.

Grandiose keys and guitars put us In Orbit in this wonderful duet with Floor Jansen (Nightwish), adding cream to the bitter coffee of  Tom’s hurt as he runs from the pursuant staccato guitar riffs and dreams that haunt.

No respite or let up in intensity as keyboards berate and the crestfallen The Lonely Monarch seeks to understand why he keeps trying to keep a crumbling relationship from falling apart. Dueling guitars torture the air, thoughts screeching through his head and thundering to a finish.

A few moments of respite in beautiful melancholy as Evergrey produce their best kept secret, Tom’s better half, Carina Englund. Having sung on all their previous albums she steps rightfully to the fore on this heart-aching duet The Paradox of the Flame.  Caressed with Rikard’s sublime piano playing and accompanied by lush violin serenading the bitter-sweet realisation that the relationship is lost. Guitars join the heartbreak as the violin soars and all fades as a memory and I feel a shiver run down my spine and the hairs prickle on my arms.

The fierce torment as you Disconnect from the entreating and you are almost overwhelmed by the shuddering barrage that snaps you away with a full on musical onslaught. Tom’s emotionally wrenching pleas torturing himself, his guitar sparring with the lightening dancing fingers of  Mr Danhage, as he rends the strings across his fretboard urged on by the pulsing throb of Johan’s bass and the flying sticks of Mr Ekdahl. The pace slows with variation and an angelic like voice cries us out to the dying instrumentation.

Majestically, the band take us into the last and title track The Storm Within, all the pieces have been building to this classic piece of Evergrey bombast. All they are and have is thrown into this and elating as only a song can when it emotionally connects. Happiness and sadness ride hand in hand as the album reaches it’s fervent climax and leaves me emotionally drained.

So there you are, another year and another definite inclusion in my Top Ten of the year. Whilst this is not the same Evergrey I first heard, to me this is the new and improved model. They have progressed and I feel myself privileged and honoured to be able to listen to albums like ‘The Storm Within’. Long may they continue.

THIS is why I love music and always will, it touches you and can carry you though what ever storms you face, lifting you above it all. I will invest in this until my dying day as it’s dividends will  outweigh any losses and repay you with an Emperor sized fortune.

Pre-order ‘The Storm Within’ direct from the band