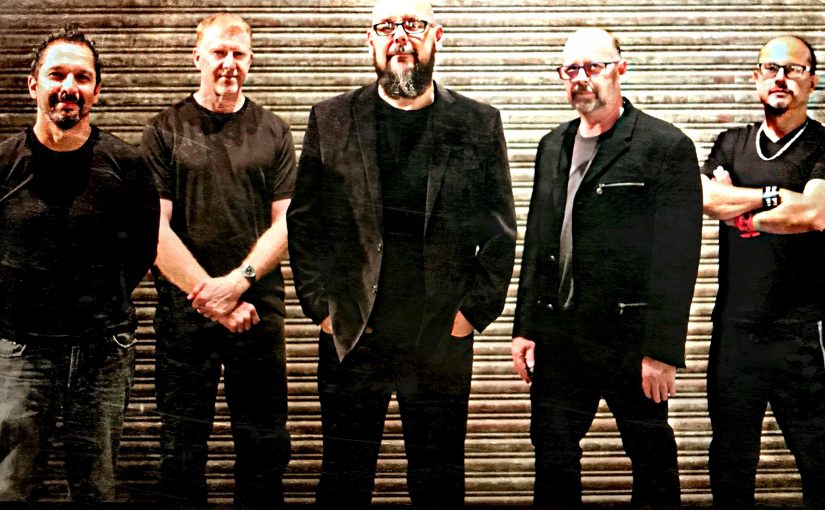 B4tF is a progressive/alternative rock band from San Antonio, Texas. The music represents strong elements of prog as well as melodic passages that hope to maintain accessibility.

Drawing on a range of long time influence and admiration of bands such as Rush, Yes, Genesis, Tears for Fears, Gabriel, The Fixx, Ultravox and of course The Beatles. The first objective in the music is to create an emotional connection through melody and the lyrics.

​The project began in 2014 when Patric Farrell found his many songs unfinished and at a stand still. The songs written and produced, but stuck. The missing element seemed to be a vocal that matched the level of the songwriting and production.

At the same time, Kenny Bissett was writing and experiencing the opposite, having a great ability to establish melody through his many years as a writer and vocalist. But not being able to hit his target as a producer. Although Patric and Kenny had been friends and musical comrades since the 80’s, they had never worked on a serious project together.

At a chance meeting in a coffee shop, Kenny and Patric comparing projects, Kenny just stated: “I just wish I could do something where I just showed up and sang.”

Realizing that a great vocal was the missing element to Patric’s music, and knowing that he admired Kenny’s vocal style, talent and work..the invite was issued to have Kenny sing on the stagnated music.

The result was the band’s outstanding debut album ‘Chasing Light’, released in 2015. The album had flavours of Yes(Rabin yrs), Rush(mid period), Tears for Fears and later Genesis, with some Beatles ‘peppered’ in as well and sold in over 12 countries around the world, with really kind and generous reaction from fans from so many different places.

‘Brave New World’ is the new album. This album is the next chapter in the metaphorical story that began with ‘Chasing Light’. The album was driven by a desire by Kenny and Patric to be a bit more progressive and a shade darker. Inspired by the emotion that the continuation of the personally driven lyrics would demonstrate, finding a ‘new life’ in a ‘new world’.

Much as I was impressed by the band’s debut release, ‘Brave New World’ is a big step forward. Infused with sc-fi themes, awash with synthesisers and punctuated with vivd guitar solos, this collection of tracks is as vibrant a release as you will hear this year.

Everything begins with the layered construction of the intro to title track Brave New World, a lengthy, immersive song rooted firmly in the world of progressive rock but the sort of prog rock you could imagine as the backdrop to an Aldous Huxley novel. It’s a mighty introduction to the album and a bold musical statement. Breathe takes a more easy going approach and delivers a fast paced track more akin to hard rock but no less impressive or enjoyable. Key to this is Kenny’s rather fine vocal with its unique delivery, adding that futuristic layer to an already modern sound.

This deeply engaging release continues with the elegantly relaxed vibe of The Sheltering Sky, a wistful and nostalgic song that has pathos and humility at its core and one that leaves a lasting impression. Zenith is an edgy and dramatic track that has a feeling of uneasiness around it before breaking out into a more melodic and uplifting song, Kenny’s vocal again at the heart of things.

More than just progressive rock, City of the Sun is a superbly crafted piece of music and one of the highlights of the album for me. The plaintive vocal and haunting music, highlighted by the expressive guitar of David Peña, speaks volumes about what this band are all about as musicians and songwriters. This release was dedicated to the memory of Neil Peart and no more can that Rush influence be heard than on Azimuth, and a fitting tribute to the legendary drummer it is. Dave was encouraged to run loose with his experimental approach to the guitar, and created the incredible otherworldly tone for the songs and it can really be heard here.

The final two tracks on the album, Distant Land and Line of Sight, are true epics in the sense of the word, both coming in at over twelve minutes long. The great thing about long tracks is that, when done right, it gives the artists chance to expand on a story and give it more life and B4tF do that here with mighty aplomb. These songs draw the listener in on an emotive musical journey, one where you feel welcomed and inclusive and Patric and Kenny are proving themselves to be master storytellers and skilled exponents of their art. Listening to David Peña’s articulate and masterly guitar, you feel that they have found the added layer of finesse that makes the band complete.

‘Brave New World’ has shown that the so-called ‘difficult sophomore album’ doesn’t happen to everyone. B4tF have created a masterful musical odyssey that builds on their debut release and brings everything full circle into a highly satisfactory conclusion and I recommend it very highly! 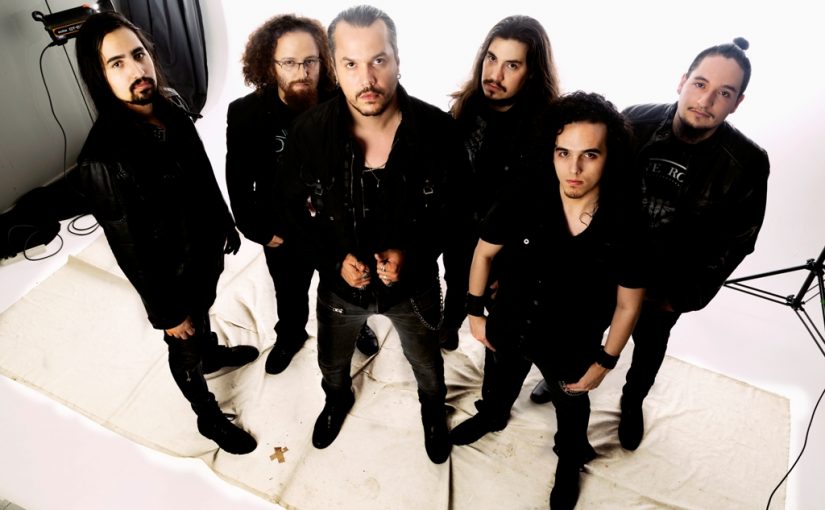 Power Metal band Wings of Destiny have signed with Melodic Revolution Records for their upcoming album Brave New World Due out late fall 2017.

Melodic Revolution Records is very excited to be working with Wings of Destiny for the release of “Brave New World.”

Wings of Destiny, previously called Destiny, is a Power Metal band from Costa Rica formed in late 2013 by vocalist Anton Darusso and bassist Bryan S. Molina, with strong influences from bands like Angra, Helloween and Rhapsody, among others. The band’s first release Time (2015) received an award for Best Metal Album in 2016 presented by ACAM: Association of Composers and Musical Authors of Costa Rica.

“In the song Brave New World, humankind’s mistakes have finally destroyed the Earth. Only a few are saved and seek a brave new world to live in and start a new life”