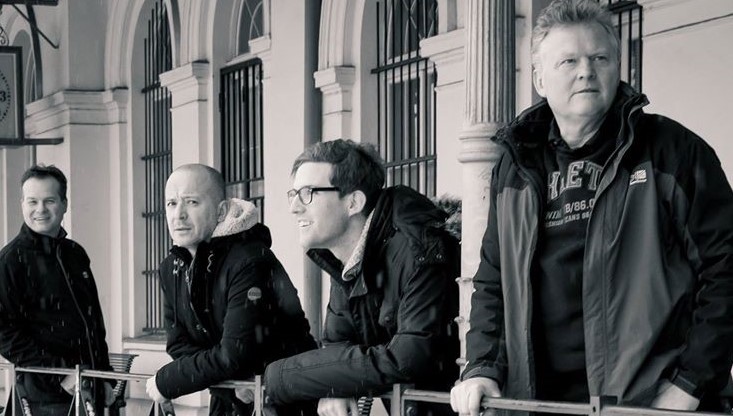 What do you get if you cross progressive rock artists Mystery and The Neal Morse Band with 80’s American rock legends REO Speedwagon ? It’s not as daft a question as it sounds, honest, just stay with me here…

Formed in Malta in the 1990’s by Trevor Tabone and now hailing from Prague after disbanding in 1999 before being reformed in 2008, Different Light follow up the exceeding well received album, 2016’s ‘The Burden of Paradise’ with the first part of a two part concept, ‘Binary Suns (Part 1)’ in early 2020.

It’s evident from the first notes of Amphibians that we have something special on our hands here, a superbly crafted track with a wonderful introduction of keyboards, guitar and drums that ramps up the anticipation smoothly in that well recognised overture style. It does remind me of Transatlantic and The Neal Morse Band but when Trevor Tabone’s vocals take over centre stage I cannot help but be drawn to a comparison with Kevin Cronin and his lead vocals for the REO Speedwagon track Keep On Loving You, it is powerful and distinctive and, along with the great vocal harmonies, really adds to what is already a superb song. Faith picks up where the previous track finishes and add a more soft rock feel to the music with those harmonious vocals and the excellent keyboard work giving it a seriously uplifting feel. Once again, the fantastic vocal harmonies give real gloss and class and a pure 80’s edge, joyful and inspiring.

Prog epics are ten a penny nowadays but when done well they are still music to my ears and the twenty-one minute plus intrigue of Spectres And Permanent Apparitions certainly fits in the latter category. A mighty length it may be but it breezes by and never outstays its welcome, the musicianship and elegant vocal echoing Canadian proggers Mystery at their finest to my ears. The way the instruments work perfectly together and allow those expressive vocals to be out front and centre is a lesson to anyone. Musical stroytelling of a high calibre is on show here and you find yourself totally immersed and drawn along on this expansive journey, very clever songwriting indeed!

There’s a darker edge to The Answer, a feeling of foreboding delivered by the more direct vocals and superb guitar riff. A song that has a hints or Americana and pure theatre running throughout. Magnificent and theatrical, Two Faces marches into view, part ballad and part rock opera but utterly bewitching and demanding in equal measure. It’s that piano driving things along that combines with the superb vocals to give that feel of almost a Queen and REO Speedwagon collaboration and I just love it.

This impressive album closes with the powerful rhythm of On The Borderline and what a closer it is, drums, bass, keyboards and guitar all work in perfect unison to give an exhilarating opening to this ten minutes of progressive rock brilliance. A compelling song replete with dynamism, charisma and intelligence. Here Trevor’s vocal takes on a thoughtful and measured tone, delivering the lyrics in a way that mesmerises the listener and draws them in even more and leaves you humming the refrain long after the track and album have come to a close.

I know we are only in February but I wouldn’t be surprised if I was still playing this beast of an album and waxing lyrical about it at the end of the year. A musical creation that is utterly fulfilling in so many ways and one that satisfies, captivates and entertains on so many levels. I cannot recommend this highly enough for music fans of any genre, it will leave the biggest and longest lasting smile on your face that you have ever, ever had, it truly is that good!