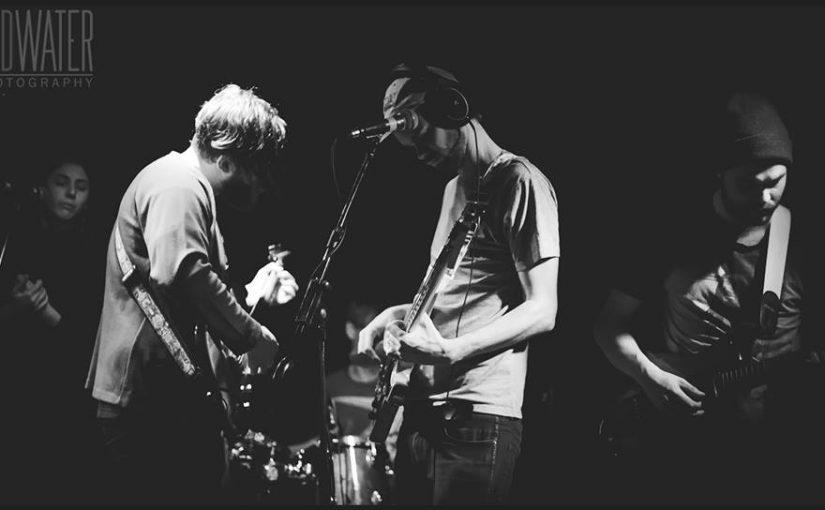 I have to say this is the first band I have ever reviewed from New Zealand, with an intriguing name.

I had no preconceptions as I have not heard of Mice On Stilts previously so how would ‘Hope for a Mourning’ fare in my ears, will it stand above the general masses or will it wobble precariously and fall from the heights? What type of music will this six man collective from Auckland who have been together just over 4 years I believe, have to offer, the tags on their site seem to cover a varied scope of genres.

They line up as:

I have a healthy taste for sweet melancholia when the mood takes, as some of you may have deduced from previous reviews I have written for Progradar. I don’t usually find it depressing, on the contrary I can find it quite melodic, relaxing and sometimes uplifting. A release from the hustle and bustle of the working day as you drift on swathes of laid-back sometimes cheerless vocals partnering sombre echoing tunes, tenaciously resisting any temptation to increase tempo greatly and a master-class in masochistic restraint.

The haunting piano from Guy Harrison, ghost like around our aural receptors as mist across the grass, brushes the blades of our consciousness on first track Khandahlla, which just happens to be the name of a suburb of Wellington, the capital city of New Zealand, located on hills overlooking Wellington Harbour. Its named after Khandela, which is in India and one of it’s meanings is ‘The resting place of God’, among a few other interpretations. Benjamin Morely’s plaintive vocals cling refreshingly to your skin. He has described this as “a happy song about happy things” and the swirling wisps of the other instruments and uplifting choir leave you wistfully cheerful.

Orca drifts through the waves of deviation, lapping at the shores of your mind as the first chorus leads to changes in style and an ambient passage floats out to return to the ripples of the chorus once more, only to lethargically swim away on an instrumental tide.

Acoustic guitar takes the fore on The Hours to carry the harmonising vocals on a bed of lighter piano keys in one of the less complicated tracks, with an ear-worm chorus.

There’s a darker tone to the jazz style piano on And We Saw His Needs Through The Casket giving this track an eerie feel. The haunting vocals from the choir hang in the misty air as the guitar drifting through the damp avenues of this track unnervingly permeate your ears.

The spectral feel flows into Yhwh turning more wistful before heavier guitars and instrumentation crash in like a monster from the fog only to disappear just as suddenly, leaving sparse jittery sounds and solo guitar before it dramatically lurches back into view, roaring foetid notes in your face before swamping you and carrying you away into the darkness.

Calm returns in waves of piano and male/female duetting interspersed with Guy’s Trumpet on title track, Hope For A Mourning, seguing into a sober instrumental passage for the second half of the track.

I have to say the rhythm section from Tim and Rob add a gently disturbing current on which the rest of the instruments ride most ably, like a ferryman taking passage across an expanse of murky water, serenaded on parts of the journey by the violins and sax from Sam and Charlie.

Plucked acoustic guitar leads you to the Funeral and Benjamin’s stark, emotionally melancholic lyrics on what is probably the saddest song here, as the rest of the band’s mournful cortège pick up the harrowing procession.

It’s easy to feel the music at times is quite sparse, until you listen intently to discover the complexity of the darkly rapturous arrangements. Both vocals and instruments flit like brief visions at times, in a hall of despondently melodious mirrors, no more so than on the final song, Monarch.  Saxophone slips between violins like serpents as they slither across the bleak body of this track in a chilling rapture of blackened souls.

You have to like this type of music, with scents of Nick Cave, Radiohead and the recently discovered Down The river Dead Men Go brought to mind. But if you do it is a beautiful melancholy in which to wallow and bide a little while, which I feel will stand the test of time.

Buy ‘Hope for a Mourning’ on bandcamp