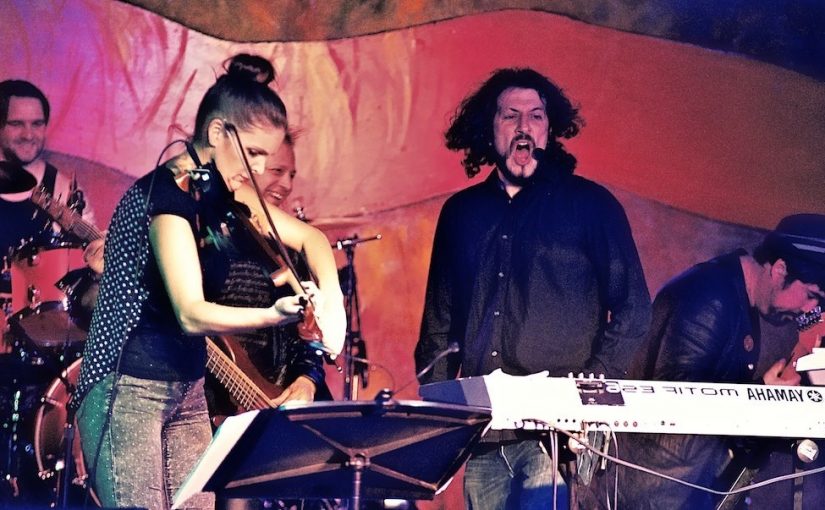 (mock up of possible cover for new album using one of David A. Hardy’s previous works)

On 11th July, California Progressive Rock band Lobate Scarp released the new single Beautiful Light from their upcoming album entitled ‘You Have It All’. Recorded and mixed at The Mouse House under the production expertise of Rich Mouser, the song features an array of guest musicians plying flute, English horn, oboe and violin. The release has been followed up with a lyric video created by UK -based production company Crystal Spotlight.

In congruence with the single release, Lobate Scarp launched a major crowd funding for their follow up to ‘Time and Space’.

Lobate Scarp is a progressive space-opera rock band based in Los Angeles. Their influences range from classic prog-rock of the 70’s such as Genesis and Yes, to 80’s pop such as Simple Minds and Tears For Fears, as well as strong ties to musical theater. Their debut ‘Time and Space’ was made possible in 2012 by a successful Kickstarter campaign and has since received accolades from all over the world, played on radio shows, podcasts, as well as had reviews published in numerous music publications.

“The group Lobate Scarp presents prog rock that hits you right between the eyes. This band’s rich melodies flow naturally like a stream, while the songs are broken down into movements much like a symphony” – Music Connection.