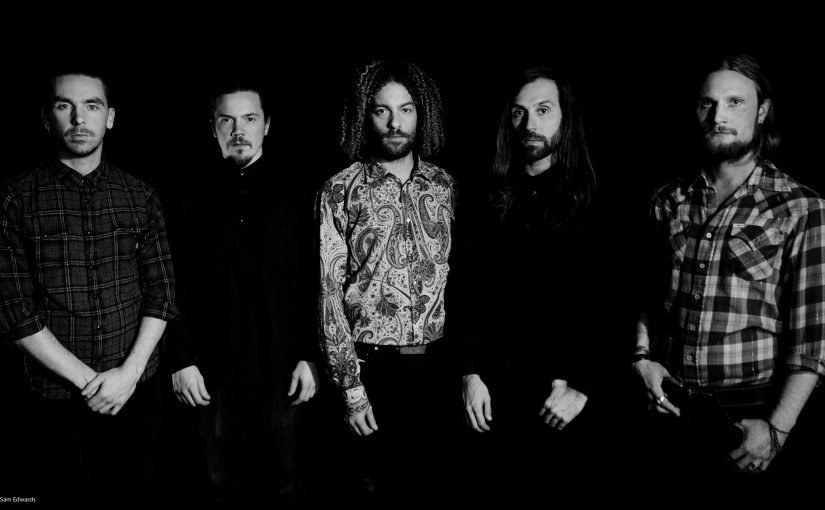 What a difference 20 years makes. In the far distant past of the 1990s, “Prog” was still a dirty word; reviled, ridiculed and lampooned by the critical establishment and cynical music fans alike. You could count the number of bands playing the music on two hands and you’d still have fingers to spare.

Fast forward to 2016 and it’s the mirror image; Prog is seemingly everywhere.  The critics have thawed, the stigma has mostly dissipated, new generations are discovering it and the old guard fans have climbed out of the caves and fallout shelters they’ve been hiding in to proudly proclaim; “Told you so!” Hell, it’s almost respectable!

This has inspired a dizzying number of new bands and a blizzard of new Prog releases each month. There are so many that sometimes I fear I’m going to be buried under an avalanche of mellotrons, organs and shifting time signatures. Yet thankfully, despite the overabundance of choices there are still albums that really leap out from the multitude, grab me by the shoulders and demand I pay attention. ‘Threnodies’, the second full-length release from London-based quintet Messenger is one such album.

Their prior album ‘Illusory Blues was a dream-like affair, an intoxicating blend of folk rock intimacy and Pink Floyd-ish soundscapes. Primarily acoustic and beautifully restrained, it conjured up images of the flower-power past while still sounding firmly relevant to the 21st century.  The album did occasionally hint at a more powerful beast lurking beneath the surface. There were moments in songs like Midnight and The Return that briefly notched up the intensity, a teaser for possible future sonic explorations that ‘Threnodies’ gloriously fulfills.

Opening track Calyx demonstrates this newfound muscularity in an amusingly surreptitious way. Beginning in a stylistically similar fashion to their prior release, it’s a floating, ethereal arrangement with only the extroverted drumming of Jaime Gomez Arellano indicating what is to come. A little past the halfway point the song quietly fades out and then a pulsating synth riff fades in to introduce the explosive conclusion. And what a joyous sound it is! A swirling vortex of powerful drumming, acoustic piano, thunderous bass and a wall of warmly distorted guitar, it’s a thrilling introduction, a preface to even more visceral delights to come.

The appropriately titled Oracles of War was the “hallelujah moment” for me. A song that begins with a riff that had me instantly reaching for the volume control to add a few more decibels of heft. It’s a doom riff that would make Tony Iommi proud. Then the swirling organ comes in and we’re transported back to the wonderful sonic time where giants like Uriah Heep, Black Sabbath and Deep Purple roamed the land, laying waste to eardrums with gleeful abandon. This track puts a big goofy grin on my face that just won’t go away. Please don’t call it “Prog Metal”, that would be a disservice. Progressive rock and heavy metal were born together, siblings with more in common than not, cruelly separated by record labels into more easily marketable factions. Oracles of War reunites them in spirit and it’s a most happy reunion. At the halfway point the intensity drops and a calm enters, I hear a definite influence from the LA folk-rock scene in this section, hints of CSN&Y and Buffalo Springfield. It made me ponder an alternate universe where Ken Hensley and Tony Iommi went to Stephen Stills’ house in Laurel Canyon for a jam session.

It’s a testament to how good Messenger really is that they don’t belabor the point and remain on that one sound. We then venture into the gorgeous Balearic Blue, a dip into crystalline musical waters, a refreshing cool-down from the prior intensity. A truly lovely song with a beautiful ringing guitar sound and understated electric piano, mellotron and organ, propelled by the nimble interplay of the rhythm section.  It’s a delight. Album highlight Celestial Spheres is up next, an infectious arrangement that blends the progressive rock sophistication with the loose jam band qualities that came so naturally to bands in the early 70s. Too often these days bands choose one path or the other, thankfully Messenger has the talent and the songwriters to meld them together seamlessly and organically. I also have to mention the inspired guitar interplay of Khaled Lowe and Barnaby Maddick, they complement each other so well and inspire memories of jamming Wishbone Ash and Allman Brothers records when I was a youngster. Speaking of guitars, the riff that comes in around the 4:20 mark and introduces the ending section is another gem on an album full of them. This is the type of song I’d like to hear them play live and stretch out on.

Nocturne begins in a darker more mournful vibe and features a thunderously heavy riff punctuated by the huge bass sound of James Leach. Then, in the last third, the dark clouds part and a lovely acoustic guitar section prepares us for the catchy folk & jam rock groove of Pareidolia. The ending section of that piece brings us back around to Pink Floyd territory, from the ‘Wish You Were Here/Animals’ era.

The album closer Crown of Ashes brings the Wishbone Ash influence back with a lovely lyrical guitar line and closes the album out on an uplifting, laid-back note.

All told I’m thoroughly impressed with Messenger, one of my favorite discoveries of the past couple years and a band that I predict even greater things from in the future.  ‘Threnodies’ is sure to be high on my best of 2016 list, I cannot recommend it strongly enough.

Buy ‘Threnodies’ direct from the band