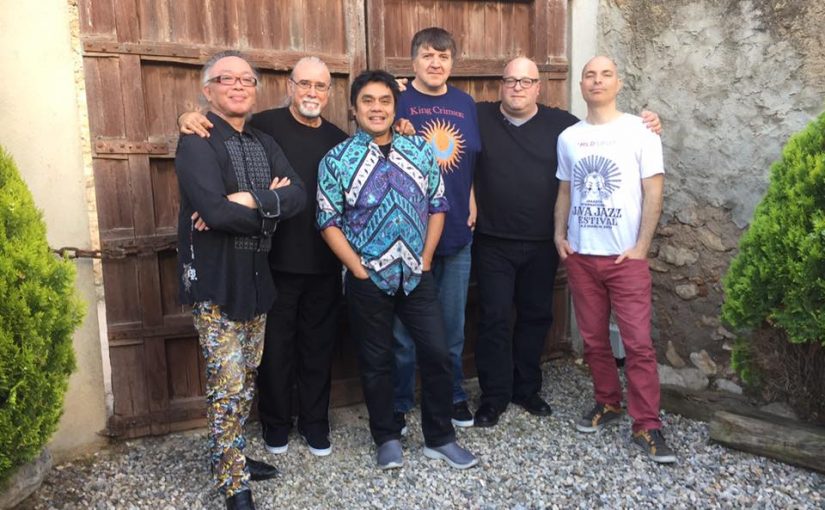 Following on from 2016’s groundbreaking, internationally acclaimed ‘Pasar Klewer’, Indonesian icon and keyboard legend Dwiki Dharmawan has considerably upped the ante with his new album ‘Rumah Batu’ (The Stone House). Drawing from both his extensive jazz influences and rich cultural heritage, he is augmented by a stellar cast of players to deliver a mind-bending piece of work brimming with intricate and adventurous compositions.

There’s free-from jazz that really blows you away, fantastic traditional arrangements, haunting Indonesian vocals and music that stretches envelopes and ignores boundaries. Dwiki is unparalleled as a player, arranger and songwriter and his genius is such that you find yourself literally transported into his idea of what the musical universe should be like.

In places it is definitely not for the faint-hearted and will only give up its delights as a reward to your intensive listening and understanding of the culture from which this exhilarating musician takes his influence. The album chronicles its creation at the already infamous La Casa Murada. Situated in the tranquil, picturesque setting of the Catalonian wine region of Penedès, Spain, the recordings take on a definite life of their own.

‘Rumah Batu’ can be said to chronicle the continuing evolution and progression of jazz in the 21st Century, there’s definite elements of King Crimson style progressive rock in there too, you only have to listen to the Rumah Batu Suite in its entirety to understand that.

All in all, Dwiki Dharmawan has produced one of the most groundbreaking, innovative, but certainly perplexing at times, releases of 2018. It gets under your skin as it eclipses both progressive jazz and world music to be a relentlessly revealing listen.