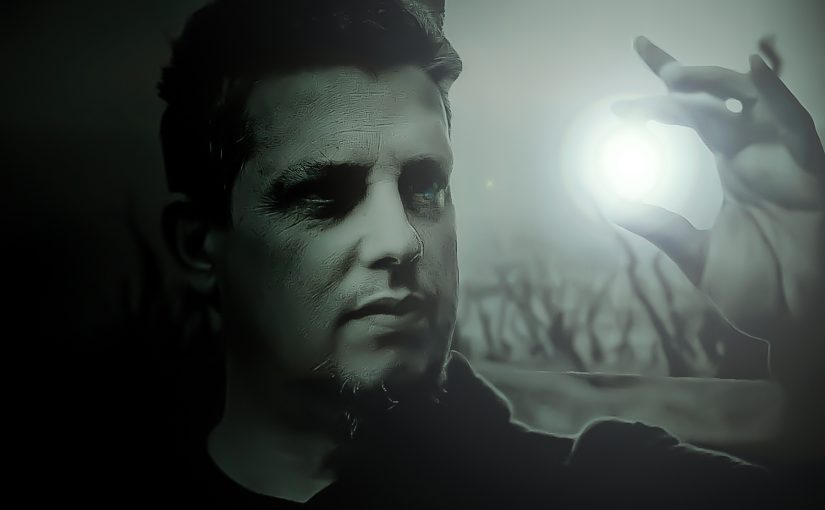 You’ve got to love a good ‘balls out’ Prog-Metal album, one that comes flying at you like a monumental behemoth and knocks you into tomorrow.

Irish guitar vistuoso Graham Keane’s project, The Vicious Head Society, did just that with 2017’s debut release ‘Abject Tomorrow’ and, after much soul searching and a difficult gestation, he returns with ‘Extinction Level Event’, an absolute leviathan of a release, full of music of maturity and a primeval brilliance.

This collection of nine epic tracks takes me back to the anticipation of new albums by Dream Theater and Haken in their early days and shows just how far Graham has come in four years.

Nathan Maxx returns on vocals. Graham adds that “his voice was the perfect fit for this more modern sound. He was able to deliver versatile and very emotive vocals for every song.” Likewise Klemen Markelj is back on drums along with Pat Byrne of Hedfuzy on bass. Nahuel Ramos is also back to offer some keyboard solos and there are guest appearances from Australian virtuoso Chris Brooks and violinist Shelley Weiss. In addition, Graham wanted to have a dedicated growler for this album and after hearing Andy Ennis’ work with Overoth, he reached out and asked him to jump on board.

Graham discusses his new album, “In very basic terms, Extinction Level Event is an album about the end of the world. This is a concept that has been explored in various other forms of media but on this album, I wanted to explore personal stories about how people might react to knowing their demise is imminent.”

“It tells the stories of 7 different people facing the end, how they process the event, what meaning or impact their lives have had. It asks what they cherish, what grudges or ill will they hold on to. Will they face the end with dignity? Essentially, the album asks the same question of us, the listener. Grief and loss are never far away… are we willing to carry bitterness, anger and resentment to our death or are we willing to let go? Conversely, are there people in our lives that are deserving of forgiveness?”

‘Extinction Level Event’ is most definitely a prog-metal album for modern times, taking all that was great about the genre in the early nineties and noughties and bringing it bang up to date with scalpel sharp guitar and potent vocals. The energetic and compelling rhythm section drives the album along, giving it an almost widescreen and visceral feel and scope.

It’s well known that I’m not generally a fan of growling, ‘cookie monster’, vocals but they work on this album and I actually like them, look, I’ve never said that before! When I mentioned this to Graham he told me that, “I only use them as part of a story telling device and, writing a song about a serial killer requires it!”

Each track is a perfectly crafted piece of music where every note and every word has its place but Graham never fails to let loose with some utterly amazing guitar work and Nahuel’s keyboards give everything a coat of pure class.

The album contains two superbly immersive instrumentals that give a bit of tangential musical exploration to the album but, generally, it is as in your face as you could ever want from a prog-metal release. Of the other tracks, it is difficult to pick favourites as they are all superb but, if you pressed me, I’d have to go with title track, and opener, Extinction Level Event, the sublime On a Silver Thread and Hymn of Creation, an utterly perfect way to close out the record.

The best music is always a journey that envelops the listener, gathers them up and takes them on a hell for leather adventure of the mind and soul and this album is no different. Graham’s songwriting abilities are top notch and he has gathered a stellar set of musicians around him to make his vision a reality, they are surely a creative force to be reckoned with.

‘Extinction Level Event’ is shaping up to possibly be the best prog metal album of the last few years at least, I honestly don’t think I’ve had a prog metal album hit me so hard since Haken’s ‘The Mountain’. It is a rare occurrence to get an album nowadays with not one track on it that I don’t love but Graham and the rest of The Vicious Head Society have absolutely nailed it with this release.

Order direct from the artist here: