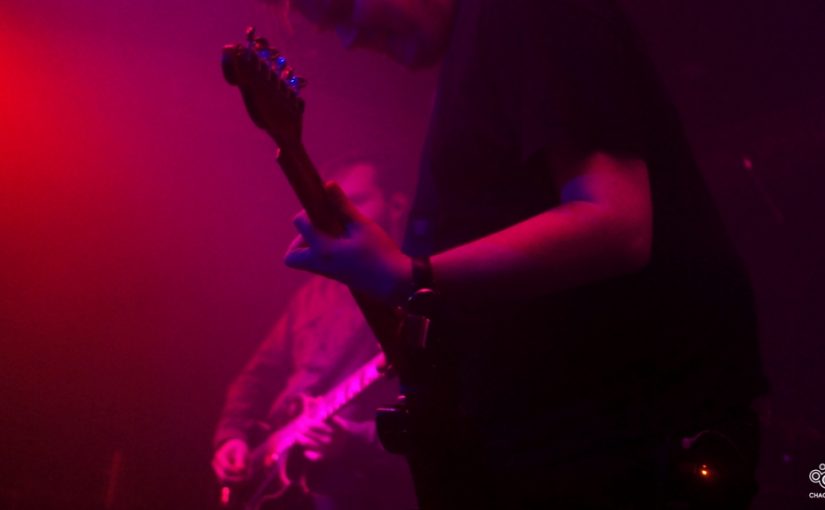 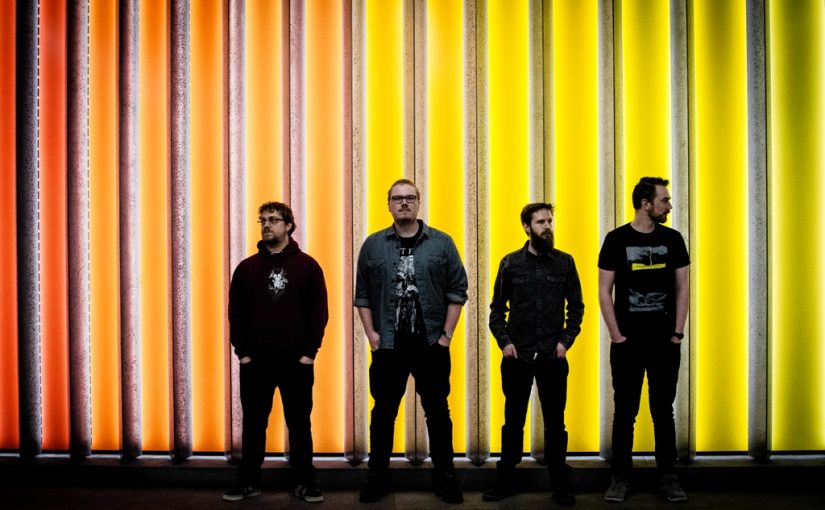 Space, the final frontier… the vast overwhelming mind blowing epic that fascinates us all.

As a boy I sat transfixed every time there was a space-flight, marvelling at the monochromatic achievements on screen with a head full of wonder.

The feeling has never left me and as I grew fuelled my interests in Science Fiction, from reading and listening to radio shows, to watching early Doctor Who episodes from behind the sofa. It also eked into my film and music tastes and has inspired some of my artwork. Having permeated most aspects of my life, I still marvel at it all now and watch anything related on the news. Fortunately my lovely wife also has a similar interest, but more in a Brian Cox way than Dara O’Briain. It feels like all our lives are touched by it at some level.

From Hawkwind to Devin Townsend, Areyon to Lonely Robot and Public Service Broadcasting, the ideas are as limitless as the growing unknown space in which we reside, affording musicians vast opportunities to explore the outer limits in words and instrumentation.

London based 4-piece Only Echoes Remain, have chosen the subject for their first album release, ‘The Exigent’. This deeply personal concept of the human emotions this illicits, from joy to fear and panic of the great unknown, the band say drives a cohesive narrative throughout the album. The gloriously retro feeling, front cover of the album would not look out of place on an Asimov novel.

Time to fasten myself into my suit, and put my helmet on, ground control this is Major Thom(pson) preparing to open the airlock and bravely go where Only Echoes Remain. The slightest piano Prelude as the door slides open with a hum and I glimpse the music of the stars for the first time as I push myself into vast nothingness, everlastingness (is that a word) and I float, fettered only by my oxygen and safety lines.

The piano chords build as drums roll myself to get a better view at the Dawn rising over the Earth whilst I listen to a conversation over the radio about a destroyed antenna. Suddenly guitars erupt like flares in the darkness witnessing the glory of the Sun’s light bathing the planet’s surface. I am in awe at the sheer majesty and raw energy which sets my pulse racing.

An Aurora of lights dance across my view to a gentle guitar refrain, the chords echoing away as I float toward the colours created and the music fills my ears as the other instruments join in. The pace increases as patterns swirl in the atmosphere dancing in a frenzy of guitars colliding and creating a wall of illuminated sound. A terrifying raw beauty beyond compare, only to disintegrate into a myriad of notes leaving me breathless and just a little afraid in the realisation this is all beyond my control.

Only Reflections remain in my visor as I float serenely, surveying the vortex created into which the lights and sound have been drawn, edged with strands of phosphorous white gossamer threads. A bead of perspiration runs down the back of my neck and I shudder at the great power created with a realisation and terror that I am merely a speck in this space. Thankfully we are too distant to be affected and I am soothed once more by the ambient sounds I hear.

Guitar chords, like Distant Echoes return to the sound like trapped creatures in the confined space of my helmet. I want to release them in a great crescendo to the universe and listen to them rejoice in a cacophony of celebration, but to do so would involve opening my visor. For a brief second the temptation arises and I raise a gloved hand only to drop it immediately at my foolishness. Instead I revel in the sound, bathed in strings then hit by a complex wave of instrumentation to lift my singing heart as I turn and make for the airlock, all too soon we must return to Terra Firma. There is a brief Interlude as the desire to remain and a melancholy piano and synth mourn my  change in mood, but there is (No Turning Back) and I enter the lock.

We secure everything, complete our checks in conjunction with control on Earth to prepare for the Descent/Impact ahead. Initiating our return sequence we head for the atmosphere around our planet pulled through by the force of guitars and drums. The craft vibrates and the heat increases with the  crushing pressures and forces. Fear creeps in once more, will she hold?

Suddenly we burst out from blankets of folded clouds into blue skies and float toward the sea below, our parachute brakes deployed. All is calm once more as our transmitter buzzes and flutters into life allowing control to plot our location and we hit the water to a jubilant cheer from us all. We advise control we have landed, they congratulate us, confirm they will be with us shortly and End Transmission. We watch through the windows as we bob on the current and the recovery boat ploughs into view. The door is opened and we are helped on to the vessel and whisked away to waiting questions of which only we have the answers.

The capsule disappears into a speck on the horizon and a feeling of satisfaction wafts through us, we will be greeted as heroes but will we ever be the same after what we have witnessed.

Lauded by our peers we shall talk at great length to those who wish to listen of our great exploration of this cinematic album and the riches it gave forth with a yearning to go back there. We shall pontificate on tales of Stones and Stars, encouraging others to engage in the wonders of the intricately evolved tracks enclosed until our stars fade and we go from the celebrated, to the dust from which we came on sweet refrain.

There have been a number of splendid instrumental bands/albums of late and it is difficult to shine in a sky full of stars, so does ‘The Exigent’ from Only Echoes Remain glimmer brightly enough to be picked out? I think so

It will only take one small step from yourselves to encourage a giant leap of interest for mankind in this band who are:

Gentlemen, we have lift off, Holy Smoly!

Buy ‘The Exigent’ from bandcamp