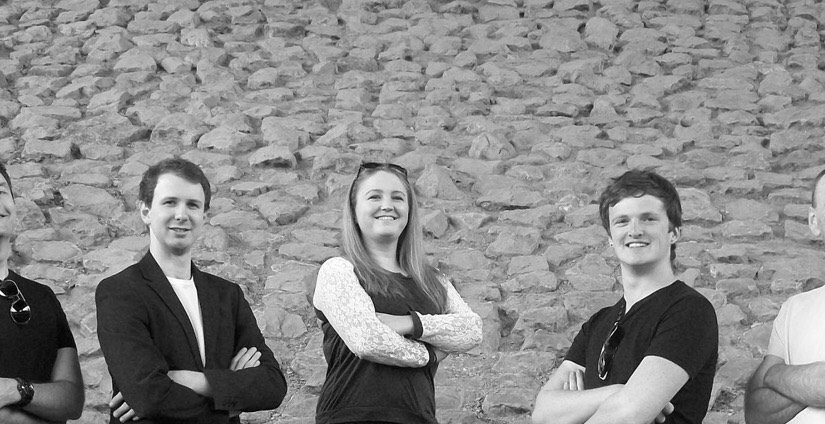 Last Flight To Pluto makes a grand entrance onto the prog scene with their debut album, ‘See You At The End’. Their energy is brash, raw, and engaging across six tracks and an hour of music—a deft alchemy of late 70’s Rush and late 90’s Massive Attack in roughly 65-35 ratio. Band leaders Alice Freya (lead vocals, guitar) and Daz Joseph (drums, vocals) put in years on the cover band circuit, while young lead guitarist Jack’o McGinty must have studied ‘A Farewell To Kings’ from birth to channel Alex Lifeson’s riffs and solos so naturally. The result is that this band, while young as a unit, are experienced, confident, and very tight.

The opening track, Heavy Situation, features many of the elements to which the band will return throughout the song sequence: doubled lead vocals, moody grooves w/electronic accents, classic-rock-power-trio athleticism, and programming-heavy dance-hall loops, all of it slightly tinged with the blues. The vocals are of immediate interest; a bit alt-rock and a bit bluesy, Gin Wigmore and Janis Joplin may serve as points of reference but even for a female prog vocalist, Alice Freya is a unique and multifarious singer.

While the album holds together well as a piece, House By A Lake is a clear standout and one of those ‘worth the price of admission alone’ kind of songs. Lyrically, the track centers on a carpe diem sort of theme, but the “She” who will “try to find me, to whisper in my mind” remains unidentified. As with Genesis’ The Lady Lies, this gives an otherwise straightforward metaphor a bit of a mysterious-fantasy feel. Musically, Last Flight To Pluto covers a lot of ground here, as they do throughout the album, but the composition is tighter and the transitions between sections more dynamic. If the verses and interludes are intriguing with their mix of bright piano, acoustic guitar, jazzy bass, and percussive accents, the chorus is absolutely arresting—and it just gets more explosive with every return. The song climaxes with a soul-shaking vocal from Freya and a fiery guitar solo from McGinty that goes beyond mere influence to actually rival Lifeson’s power and technique. I’d love to hear this performed live, to see whether an audience can manage to cheer through their dropped jaws. House By A Lake is the kind of song that the Prog Awards ‘Anthem’ category exists to honour.

Another highlight immediately follows; for those who want their progressive music to progress rather than retread, Red Pill demands attention. There are interesting bits of programming, keys, synths, and loops throughout the album, but this one wears its Massive Attack influence (and a bit of The Gathering, perhaps) on both sleeves. Opening with a bit of wah-wah and strange vocal FX that morph into a big, sticky beat and gang vocals, the track takes a bold left-turn into a middle section featuring a heavily effected and distorted rap. The result is more cool energy than cheese, but those who can’t dig it will surely enjoy the next left turn into a 1975’s Pink Floyd groove and guitar solo, or the left turn after that into stabbing synths and a menacing horror film voice-over. The second half of ‘See You At The End’ continues in the eclectic direction of the first. On Lots of Swords, the level of cribbing from The Police distracts in places, but Freya’s emotive vocals give the verses a lift, and there’s a splendid interlude with frenetic bass and some trading off between a dualled guitar lead and a synth solo. Seven Mothers begins with a more acoustic meditation on humans’ disrespect for our Mother Earth, and centers on a truly beautiful lead vocal. The song builds with some organ and soulful guitar lead, returns to the chorus, then switches gears for some upbeat drums & keys programming and another guitar solo. ‘See You At The End’ signs off with Now Boarding, which features big ‘Hemispheres’ guitars and synths, a killer drum solo early in the track, then a more anthemic groove with some stratospheric vocals from Freya and another extended, David Gilmour-esque guitar solo.

While far from perfect—the production is a point of contention, being rather ‘garagey’ and frequently holding Joseph’s stellar drumming too far back in the mix—‘See You At The End’ is an impressive debut that should have received more attention by now. Given the energy and musical prowess on display here, Last Flight To Pluto is clearly a ‘must-see’ live act, and they show a lot of promise as composers. Thankfully, there’s a follow-up album in the works for Spring 2017, so give the debut a good spin now so you can say you were ‘in the know’ before they break big later this year.