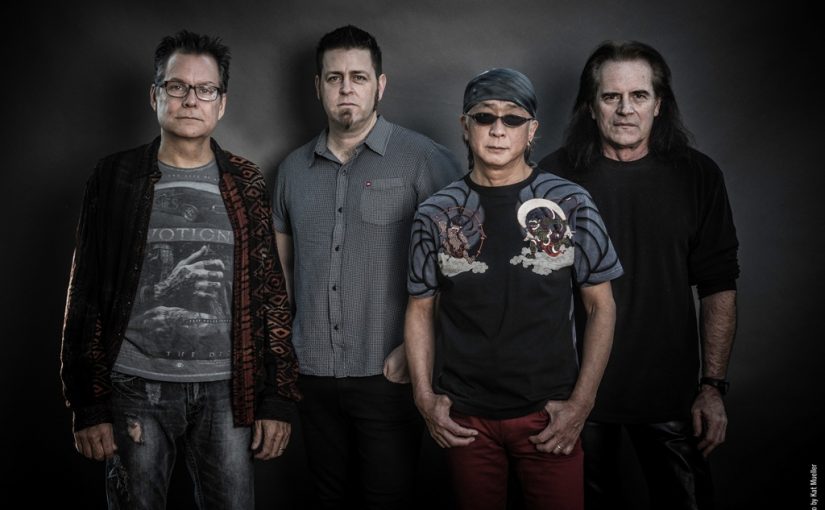 Progressive Rock music is a funny thing. Often pretentious, up its own arse, quite frankly snobby and elitist. Almost like you have to be super clever to get it, the musical equivalent of Jeremy Paxman asking a contestant from an old Polytechnic a question about thermo-nuclear physics on University Challenge, with an obvious sneer because they don’t go to an Oxbridge college. In short, their seriousness can make them seem ridiculous and open to much mirth.

However, every now and then you come across a band that who have a sense of humour, who are self-aware and who can create great music whilst not taking things too seriously. One for whom progressive music doesn’t have to be dour and only for a niche, but can be entertaining, fun and welcoming whilst retaining all its virtuoso playing and performing.

With a name like Spock’s Beard no one could accuse this Californian band of being dour or elitist. Their music has always been both clever and accessible; something that they’ve continued to achieve on their new album, being released on the 25th May, ‘Noise Floor’. The album is full of what singer/guitarist, Ted Leonard, describes as ‘crazy prog,’ whilst also working on making the songs ‘more immediate.’ And for sure, they’ve achieved it with this collection of smashing tunes featuring beautifully played instruments; both trusted old friends plus new orchestral additions of strings and horns. Spock’s Beard have been developing their sound and style for over twenty years now and find themselves at a point where they can take time to develop and create their music which results in this album being released at a point when all members were in agreement that it was the best work they could put out there.

With all members of the band writing and recording demo’s independently before bringing them together to be worked on collectively in production, there is a great sense of exceptional quality being produced over quantity for the quantities sake. The album itself, and accompanying E.P, displays its influences with pride; the hints of 1970’s prog such as Yes, Genesis and Supertramp, influences that have led to songs of majestic beauty such as the wonderful Bulletproof that appears on the ‘Cutting Room Floor’ E.P.

It is fair to say that the album isn’t without flaws; the jazz instrumental of Box of Spiders jars slightly, but it doesn’t diminish from what is an accomplished and melodic journey through the slightly crazy world of Spock’s Beard. Die-hard fans will find more than enough typical output to allow them to enjoy the musical development that this album represents. And those for whom this will be their first exposure to the band will find plenty to enjoy and will also spark interest in finding out more of the bands back catalogue. 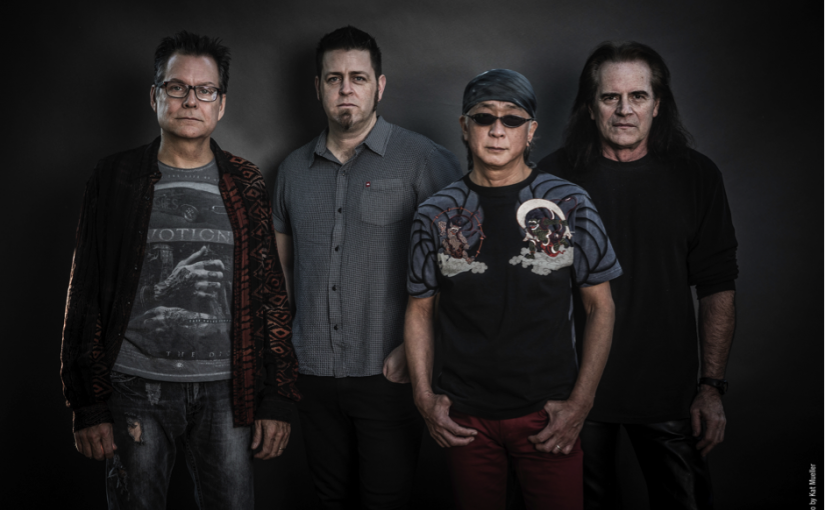 Legendary US progressive rockers Spock’s Beard have announced the release of their 13th studio album ‘Noise Floor’ for May 25th, 2018. As announced previously, for this album Ted Leonard, Alan Morse, Dave Meros & Ryo Okumoto are joined in the studio once again by drummer & original member Nick D’Virgilio.

Spock’s Beard is a band that is in a continual state of evolution, as is always the case with genuinely creative musicians. And their new album, ‘Noise Floor’, fits perfectly into this process.

We are always about evolution, not revolution. But what we have done this time is make the songs more melodic,” believes vocalist/guitarist Ted Leonard. “We still love our crazy prog, but now appreciate how important it is to grab people’s attention early on.”

As with all Spock’s Beard songs, most of the new album was written by the individual members, and then brought to the rest of the band as high quality demos. “We all do this type of thing in our home studios,” adds Leonard. “So, by the time they reach the stage where the entire band get to judge them, they are really developed, and therefore everyone can make a reasoned judgement.”  Much of what you will listen to here is very much the product of fresh inspiration from the Californian band.

One key change on this album sees the return of drummer Nick D’Virgilio, who originally left in 2011. There are also two violinists, a cello player, a viola player and an English horn featured on the album, thereby giving the sound a slightly more evocative and persuasive twist.

The album was once again engineered by long-time collaborator Rich Mouser and will be released as a 2CD digipak (featuring an EP of material from the same sessions), gatefold 2LP + 2CD & as digital download.