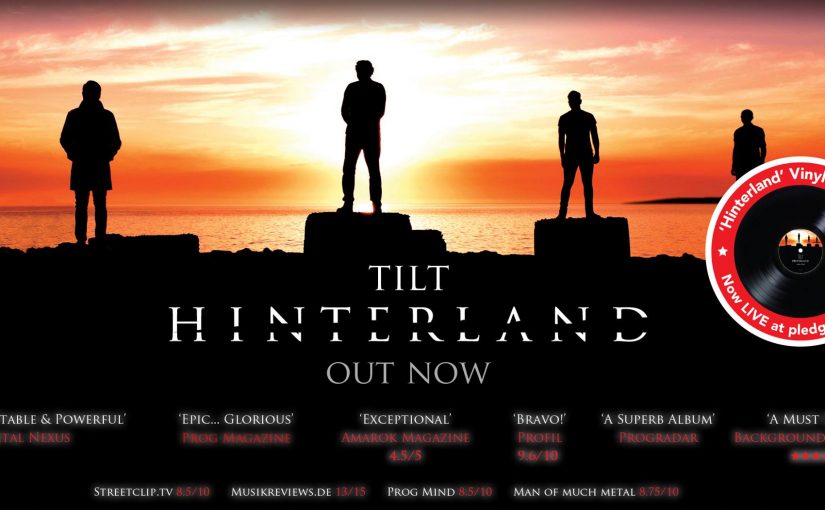 TILT have released the HD edit of the video for ‘Against the Rain’, taken from their recently released album, ‘Hinterland’. The video features Tara Nowy – daughter of Fish – reprising her mother’s role in in the classic Marillion video for ‘Kayleigh’.

TILT have also just released a Pledge Music campaign in order to get ‘Hinterland’ released on vinyl. The band aims to release the album on heavy weight double album format in a gatefold sleeve featuring the original CD artwork in all it’s glory. ‘Hinterland’ has garnered great praise from all corners of the Prog community and the band can’t wait to see the vinyl version released.

“It’s been a great ride so far with the album and we’ve had a fantastic response from press and fans alike. The vinyl release is another red letter day for us as far as I’m concerned. As an old school rocker I can’t wait to see the album in it’s full gatefolded glory!”.

There are lots of exclusives to be had including signed CD’s and LP’s, T-shirts and bespoke items such as signed lyric sheets and band equipment used in the making of ‘Hinterland’.

You can check out the Pledge page here: Pledge Music Project