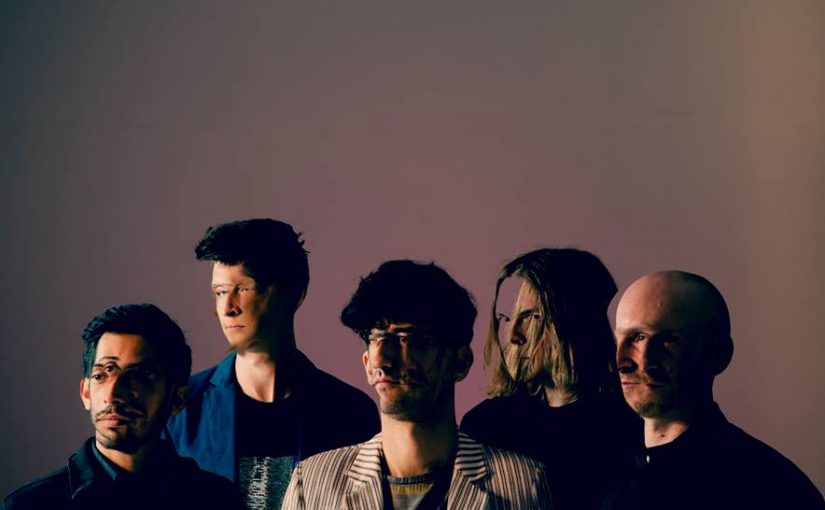 “Tonochrome are a London based art rock quintet whose grunge aesthetic is peppered with jazz harmony, contemporary classical influences, Andean sounds and pop hooks. A coming together of opposites, of texture and colour, of the acoustic and the synthetic, Tonochrome are a joyful reminder of what music can be when you just don’t give a damn about convention.”

Their own publicity from the website speaks volumes and Tonochrome have been making noises in the capital for a short time now with some very positive press. They have an interesting take on music and draw from any muse that feels right, plundering from across the board from world music to blatant pop and seem to believe nothing is off the table. The music draws from the melancholy end with melody at its core and Andres Razzini’s voice has a definite quality to it that slots into that downbeat shoegaze, indie feel.

Border Crossing is just what it sounds like – a narrative of refugees and the loss of life and human rights. The use of understated percussion and violin sounds along with an open guitar where space is left in abundance until the build up of tension drops into a driving riff adds to a measured pace that reflects the cold way the politicians have used the refugee crisis to their own ends. Disputed Area definitely channels Sigur Ros with its use of melody and space. This again has a current affairs storyline with an awareness of what is happening in the world. What stands out here on this track for me is the use of percussion and rhythm or actually a lack of a driving beat, Jack Painting playing an open game, layering textures of sound.

Humbled & Broken is faster paced and up beat and, for me, connects Charlie Cawood’s influence and Knifeworld into the band. The keyboards play a big role with a Latin American rhythm and phased electric piano. The Three “interludes” that are spread through the album act as punctuation and have the feel of a jam session that helps the flow of the album from one space to the next. They highlight the talent on display and are so understated with it.

Conformity comes under examination with Just Like Us, the use of the string section and wah wah guitar sound has harmonic overtones that can be heard through much of Knifeworld’s material. Kilometre Zero reflects the power a solo voice and piano can carry with a string section adding an eerie back drop in the final third. Truly spine tingling in its tone and feeling, this is a hidden gem in the album.

I don’t do track by track reviews, I normally just want to give the music fan an idea of what they are buying and then let them decide but I cannot finish without mentioning The Gates. This stands out head and shoulders for me personally, the structure, the composition and the sheer quality show a maturity and restraint that others should take note of and learn from. It is melancholy concentrated into one piece of music.

I refuse to brand this outfit as Prog, but it is truly progressive in its nature. The Delinquent Pachyderm has a real stand out album here. If you are going to start a new year with a bang this is it! Tonochrome sit on the fringes of shoegaze/ alternative/indie in a very real way. I reckon with some luck and a little mainstream coverage (Radio 6 are you listening), they could shatter the glass ceiling that is blocking much of the good music around right now.

Order ‘A Map In Fragments’ from bandcamp here: