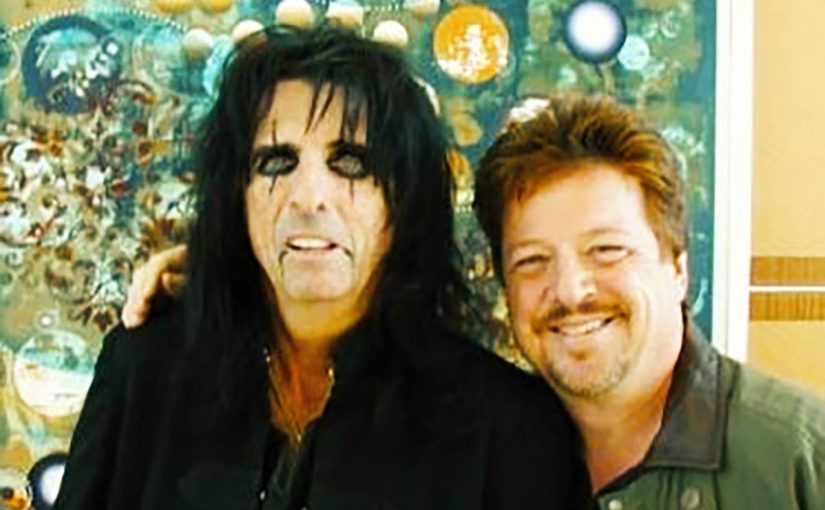 From Alice Cooper to Sir Paul McCartney,from Van Morrison to Led Zeppelin:an A-Z of the great and the good of rock!

t became a dream-come-true for the teenage rock music fan. As a major US concert promoter Danny Zelisko has had a charmed life and, over the last 40 years, he’s promoted over 10,000 major concerts for the biggest artists in the world from Chuck Berry to Bruce Springsteen and everyone in-between! I mean EVERYONE! His book ALL EXCE$$ Occupation: Concert Promoter tells his fascinating story…. It’s an absolute must-read for anyone who loves rock!

Danny Zelisko’s first paid music job was as security for Alice Cooper. He then shared an office with Cooper’s manager Shep Gordon, who became Zelisko’s mentor and remains a good friend to this day.ALL EXCE$$ Occupation: Concert Promoter tells Zelisko’s story: sometimes scary, sometimes emotional and sometimes unbelievable. But always interesting! He takes you both on stage and backstage with rock’s greatest stars, on the roller-caster ride of being a major concert promoter, giving you an insight into the music business like never before: the good and bad and the ugly; the deep friendships he’s made and the stories of working and dealing with rock’s biggest icons!.

Here’s short clip of Danny telling a story from the book:

This book is a must read for every music fan – it will make you laugh; make you cry and make you gasp in disbelief at some of the things that happen – ‘in the daily life of a concert promoter.’ Danny Zelisko brings you the stories you’ve never heard before about the artists and music you love. It’s a great read and a fabulous journey that he’s been on – and it’s still going!

Zelisko tells how Bob Seger cancelled the first major show he ever arranged just hours before the concert was due to take place and of the shenanigans of touring with Van Morrison, over the years, how he can leave you shaking your head. Zelisko also squares up to World Champion Mike Tyson after Whitney Houston asks him to get Tyson off the stage.

Along the way, Zelisko gets to promote his idols including Paul McCartney and keeps the stars happy by providing $10,000 worth of flowers in Prince’s dressing room and a cheese tray fit for Queen!

This book is a lesson in how to make your dreams come true, ALL EXCE$$ will take you on a journey like no other – don’t miss it!

“I say that the book took me four years to write, but it’s really 60 years in the making,” says Zelisko. “Since all this stuff actually happened, the story wrote itself. I just had to be there to decipher it – which was the hard part!

Roger Waters: “I particularly like the photo of you with the big box of cash after the Pseudo Floyd gig…”

ALL EXCE$$ Occupation: Concert Promoter can be pre-ordered now at Amazon.co.uk