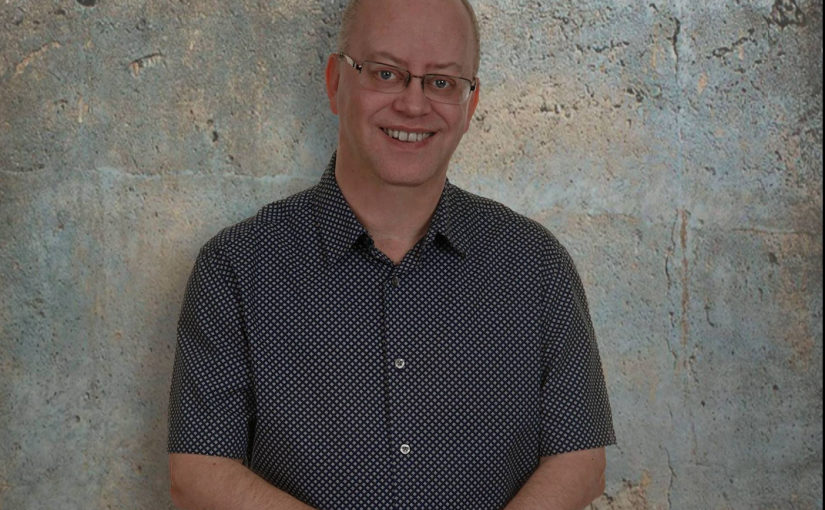 ‘Circles in Time’ is the third, and latest, album from John Holden who has, over a period of just 4 years, written and created three quite different albums that are all rooted in his love of progressive music by the likes of Yes, Genesis and many others. John lives about 5 miles from me, on the border between Staffordshire and Cheshire, although I actually came to know him through Facebook and his recognising our shared love of music in reviews I had written for DPRP at the time.

His first album, ‘Capture Light’, came out in 2018, followed by ‘Rise and Fall’ in early 2020. Like the rest of us, John has been in lockdown and has wisely used his time to accelerate the release of his next album which has emerged as the already mentioned ‘Circles in Time’.

This new album marks a big change in how John has approached the music, in that he has delivered a truly epic piece in the last track, KV62, which sits comfortably alongside five other songs of varying length yet all bearing the same hallmark of quality. John has called on many of the musicians who graced his earlier albums, especially using the keyboard  and arrangement skills of Vikram Shanker more prominently than he did on ‘Rise and Fall’. Once again the cover and booklet are full of information and excellent pictures that both draw the eye and also unfold the mysteries contained in the songs.

The album opens with Avalanche and a fast and muscular riff section from Eric Potapenko and strong vocals from Jean Pageau of Mystery fame. The song is about social media and how folks use it to slander and undermine others. Liner notes say this song is a response to all the negativity and blaming and shaming that exists in the social media, the sun will rise in the morning and the world will keep on turning. It is a strong opener and a good statement of intent that sets you up for all that is to follow. In this case this is the song High Line. The High Line is a real place in New York and is in actuality an elevated greenway or linear park that cuts through the city’s west side. It was constructed along the setting of an old freight line that went through very rough neighbourhoods, in fact, it was so bad it they christened it ‘Death Alley’. The song has a very jazzy vibe to it with some lovely saxophone from Peter Jones, who also provides the smooth vocals for the song. This is a wonderfully evocative piece that nods its hat to Blue Note Jazz and also to Steely Dan.

The next song, The Secret of Chapel Field, is very much a grower and is based on a story John discovered whilst looking at gravestones in his village church graveyard. The song reworks the known facts that Mary Malpas, a 15-year-old girl, was murdered by Thomas Bagguley at Chapel Field in Hunterston. He later killed himself, thus avoiding justice. This sombre song is graced by vocals from Marc Atkinson (Riversea) and Sally Minnear (Celestial Fire) and the mournful violin lines of Frank Van Essen (Iona). It is a fine track and its words will stay with you long after the song has concluded.

Next John whisks us off to Andalucía in Spain for the track Dreams of Cadiz where we encounter the spirit of flamenco, imbued by the fluid guitar from the nimble hands and fingers of Oliver Day alongside a graceful piano. This song is an instrumental piece that captures the fire and passion of the dance and is duly accompanied with dramatic flourishes, handclaps and foot stomping that all add to the atmosphere of this piece.

The penultimate track is Circles which is a very personal song for the protagonist Libby who is an ovarian cancer survivor who has known, and continues to have, serious health issues. Here in this song, she encourages us to live in the moment and not to grieve but instead to be grateful for all that we are and all we have now in the present. The song also encourages us with the power that love brings to any situation. It is beautifully realised with the gracious voice of Sally Minnear and some gentle and subtle arrangements.

This leads us into the atmospheric world of KV62 and ancient Egypt and the discoveries made by Howard Carter and Lord Carnarvon during their archaeological expeditions of the 1920’s where they uncovered the tomb of Tutankhamun. This song has narration by Jeremy Irons and vocals from Joe Payne and Peter Jones. The song reveals the agony of the protagonists as they searched fruitlessly for the tomb and pushed themselves financially to do so until they finally succeeded. The music is suitably Arabian sounding with some great guitar from Zaid Crowe.

The Wonderful Things segment has some fabulously wild synthesizer passages from Vikram accompanied by fine piano and percussion from John. This section sees the death of Lord Carnarvon from Tutankhamun’s curse. It was actually an infection from a mosquito bite that killed him, however the curse of Tutankhamen sold more newspapers so the truth of his demise was sacrificed at the altar of the media and the fable then famously spread.

Lord Carnarvon had sold exclusive rights to the tale to The Times (Pre Murdoch, when it was a worthy paper and not the rag it is nowadays). The song is lifted by extended instrumental parts interspersed between the vocals that tell of the press and media frenzy about the discovery and how Carter came up against Egyptian Bureaucracy. A largely disillusioned Carter returned to London where, amongst the parties and media storm, he died impoverished, penniless and alone. The song is epic in its scope, however it is ultimately a sad tale of loss and missed opportunities.,

John had Seen the Tutankhamun exhibition in London in the 1972 at the British Museum and has been to the valley of the Kings on several occasions, KV62 being the name designated to the site of the tomb in the Valley of The Kings.

The whole album is simply fabulous, somewhat mellow in parts but with an astounding lyricism and magnificent musicianship. John Holden has done it again and pulled another blinder of an album out of his metaphorical hat. It is one that really impresses and I highly recommend this album full of modern-day prog and brilliant songs, here’s to album 4 John!

Order the album direct from the artist here: