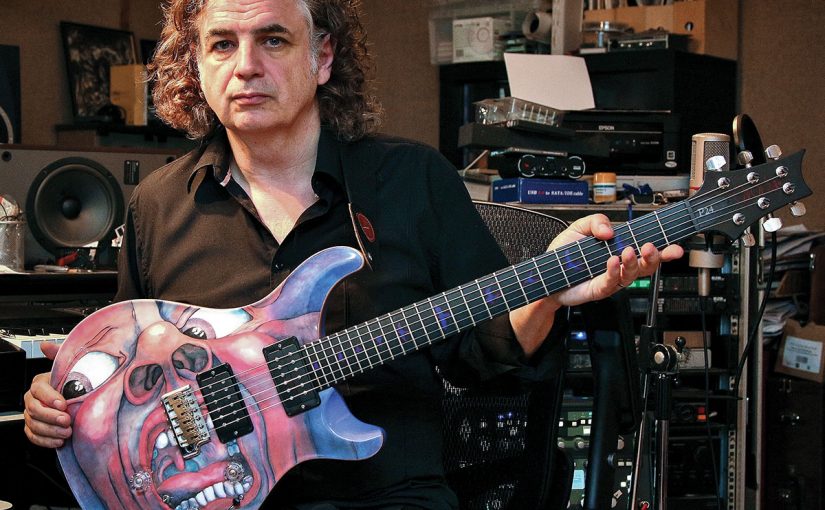 ‘Secrets & Lies’ is the latest step on a very intriguing musical journey of one Jakko M Jaksyzk that began with a then 13-year-old Jakko attending a King Crimson show at Watford Town Hall, the show that decided the path that Jakko would follow ever after.

Jakko got involved various groups but never lost his love for Crimson, who he now sings and plays guitar for and has done since 2014. This album is his latest solo album and is one that includes several of his Crimson band mates amongst other notable names but, above all, it is the fluid guitar majesty that Jakko brings with him and his love of a good tale that instills this music with a sense of grandeur and magic.

The album is a good length with a good mixture of styles and tones and opens with a sinewy guitar line on Before I Met You. This is a fabulous opening track, very reminiscent of Jakko’s work with Crimson. The song is about unhealthy obsession and that fluid guitar lines weaves through the song like a never ending stream. This lead us into The Trouble with Angels, which nods towards his earlier solo album from 2006, ‘The Bruised Romantic Glee Club’. This features KC alumni Tony Levin and Gavin Harrison who provide the rhythm section for the track. Tony’s bass is a thing of beauty here, subtle and supple, really making a deep impression on the song. A fine, sensitive piece of music.

The third track, Fools Mandate, welcomes Van Der Graaf Generator main man Peter Hammill on voice and guitar and is his first of two appearances on this album. The song is about the situation in the Middle East and the lies that helped create the issues that we all know of today. The song has very much a middle eastern sound to it that makes it sound realistic and convincing and the great guitar from Jakko makes this song very worthwhile. The Rotter’s Club is Closing Down follows, Jakko’s son Django providing the muscular bass on this song and he does a great job of it too. The song is a Canterbury-ish tribute to Jakko’s dead friend Pip Pyle who was the drummer for Hatfield and the North. It is a gentle whimsical piece, beautifully crafted, with dignity and grace and is a fine tribute.

Uncertain Times is a powerful piece of writing around the events of the whole Brexit scenario and its subsequent shenanigans and political manoeuvring that followed the vote. The lies, devastation and destruction across the land (and indeed the world) that this caused resulted from a poorly and severely misjudged action and has devalued British integrity and importance by giving a voice to people who were possibly better left silent. Giving them that platform has caused untold ongoing political dissent, leaving Britain in the mess that we now have to live with daily.

It Would All Make Sense revisits events of many years earlier that impacted Jakko directly when he was betrayed by someone close to him. The song details that betrayal and has a ragged impassioned guitar line woven throughout. It is a powerful piece of music showing how Jakko was bruised, hurt and left reeling, recognising the signs that were there but not making the connection at the time. Twenty years later, you see them for what they were, always present but never challenged or responded to, the song is very emotional, raw even. Secrets Lies & Broken Memories follows and is an instrumental piece of guitar and fake orchestra (or mockestra) that is really convincing.

Next up is Under Lock & Key, which again features Tony Levin on Bass and also ‘Guitar and Frippertronics’ from Robert Fripp, both Crimson Men. The excellent The Borders We Traded (which is a very personal piece about Jakko’s family in Arkansas) is a really beautiful piece of music that came to be because his daughter composed it at Euston Station on an old out of tune piano. Jakko filmed it on his phone and improvised the song from the original recording, Trading Borders, which is included at the end of the piece, with the pipes adding a certain melancholic air.

The album concludes with Separation, a piece that was originally destined to be a Crimson track. Again, this feature most of his band mates along with Peter Hammill adding voices to tan intense that is about narcissism.

The album is a definite grower, it really unfolds as you immerse yourself into the music showing itself to be really great release. The production and detail of sound is glorious. Jakko certainly explores the music that intrigues him and, as a result, delivers an album of contrasts, mood and tone. As such this is one that I thoroughly enjoyed and have no hesitation in recommending to all.