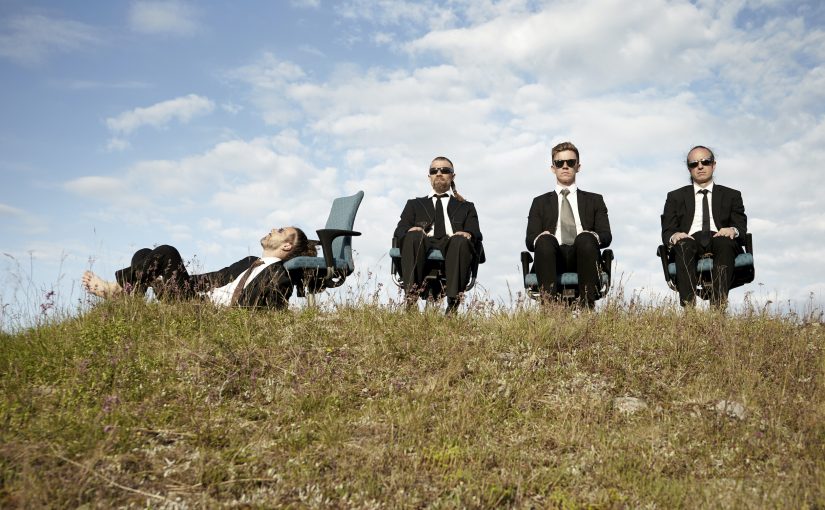 Pain of Salvation have been firmly at the forefront of the progressive
rock and metal scenes for nearly three decades now. Led by mercurial multi-instrumentalist Daniel Gildenlöw, the Swedish band have consistently demonstrated a sincere passion for moving their own extraordinary music forward, while always remaining lyrically enlightened and ferociously intelligent.

The leaders in thoughtful, pained and poignant progressive-metal music, the band have had a stellar career that has produced ten studio albums and included such highlights as ‘Scarsick’, ‘Remedy Lane’, ‘Road Salt One’, ‘Road Salt Two’ and their brilliant previous release ‘In the Passing Light Of Day’. From elaborate and pointedly metal early classics through obtuse wizardry and genre-blurring mischief, Pain of Salvation’s all-encompassing musical vision has delivered some of contemporary prog’s most brave, bold and startling moments.

The band returned this year having deftly weathered the departure of guitarist Ragnar Zolberg, discovering a newfound enthusiasm for what happens next in the process.

“We did In The Passing Light Of Day and that ended with the departure of Ragnar from the band,” Gildenlöw recalls. “In the past, 10 or 20 years ago, that would probably have made me doubt the future of the band and all of that. I went through that a lot in the past with members leaving or things not turning out in a good way! It’s always difficult and it’s always something that makes you sad, when your little band family is disrupted, but I never came to the point where I doubted where to go or what to do. The other band members were pushing us on to continue, so I just kept writing music.”

The result of that sustained surge of creativity is ‘PANTHER’, the eleventh Pain of Salvation album and a very obvious landmark release in a career full of them. ‘PANTHER’ is a concept piece that delves into the conflicts and contradictions between so-called normal people and those who are wired entirely differently.

This is an album full of creativity and power, a simmering melting pot of brooding desire and thunderous riffs that creates a body of work leviathan in scope and content.

The edgy, almost funky opening track Accelerator gives a restless, tense feel to the music before opening into a sparse soundscape dominated by Daniel’s vocal before the stark, blasted landscape of Unfuture hoves into view, hewn from granite and taking no prisoners, “Welcome to the new world…”, indeed…

Gildenlöw has always been the master of simple, severe beauty and that is delivered in spades on the sublime Restless Boy, a song thats rawness is there for all to see. “This is not a test..” Pain of Salvation have a knack of producing songs that drip with bare emotion and Wait drops perfectly into that category with a simple piano note and acoustic guitar laying the foundations for a wistful and nostalgic piece of music that lives long in the memory. As graceful a song will be hard to find on any progressive-metal album.

So, who fancies a bit of electro-ambient progressive rock? Sounds an odd combination doesn’t it but PoS make it work brilliantly on Keen to A Fault, a fast paced, stylish track that works amazingly well. Fur is a short interlude that speaks to me of Eastern European 50’s film noire and segues into the title track. Well, what can I say about PANTHER? It’s superb, a complete melding of rap, oriental sounds and electronica that sounds like nothing else the band have ever done. It’s more akin to Linkin Park than anything else and, well, it’s just brilliant!

The final two tracks are Pain Of Salvation at their very, very best. The slow burning, monolithic power of Species has a simmering build up to a crescendo of crushing guitars and heartfelt vocals and then Icon closes the album out with humility and style in a similar vein to the title track from ‘In The Passing Light Of Day’. At once intense and dynamic, then calm and thoughtful, this is a song that contains all that is best about the band and showcases Daniel Gildenlöw’s consistent ability to write masterpieces of music.

One of the highlights of the year and an album that could become a seminal progressive-metal release, Pain Of Salvation have created a piece of music that could well be their finest yet.