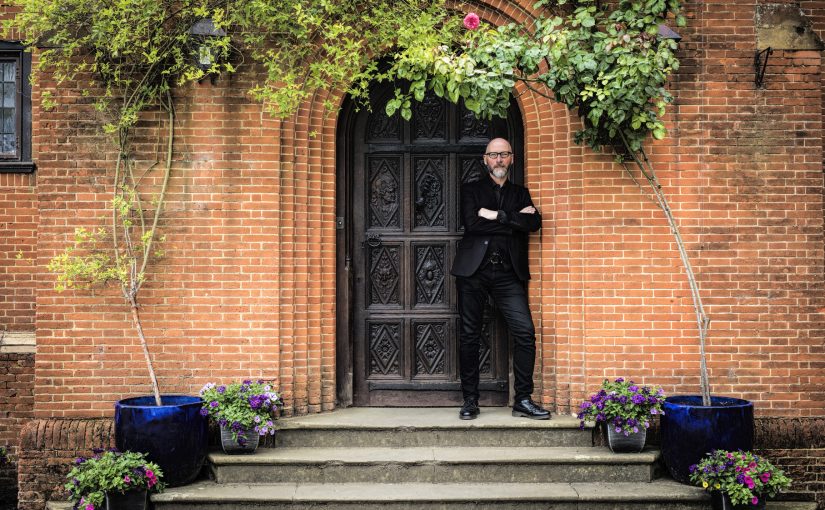 Dyble Longdon today release Astrologers, the first single to be taken from their forthcoming album Between A Breath And A Breath. Dyble Longdon is a collaboration between iconic vocalist the late Judy Dyble (ex-Fairport Convention, Trader Horne) and Big Big Train multi-instrumentalist frontman David Longdon. Their highly anticipated album Between A Breath And A Breath is released on 25th September on English Electric Recordings.

Astrologers is an original composition with lyrics by Judy Dyble and music by David Longdon. Before her death in July 2020, Judy noted the background to the song:
“A horoscope tells a lonely woman that today, the planets will ensure that she will meet the person of her dreams. The trouble is, it seems to tell her the same thing day after day. Ever the optimist, she looks forward to the thrilling event, only to be disappointed time after time. This song is a heartfelt cry of ‘enough!’”

This collaboration with David Longdon was something Judy Dyble had wanted for some time. “I first heard David sing with Big Big Train at King’s Place in 2015 and immediately decided that I really wanted to sing with him someday. And here we are with a collaborative album, which I think is wonderful!” she said.
David Longdon added: “Judy asked if I would like to work with her. She sent me some great lyrics which inspired the music, over the years we’ve become good friends. Judy duetted with me on The Ivy Gate, which appears on Big Big Train’s Grimspound album. The Dyble Longdon album is a natural development on from this piece.”

Judy Dyble intended to be a librarian but got side tracked into joining with many bands in their infancy, and became one of the pioneers of the English folk-rock scene in the sixties, most notably as a founding member of Fairport Convention and vocalist with cult band Trader Horne.

Judy largely withdrew from the music scene in the early seventies to concentrate on her family and business interests before being invited back to the Fairport fold in 1997 for the 30thanniversary reunion at Cropredy. To Judy’s great relief, her worries, ahead of the event, disappeared as ‘suddenly the years fell away.’

Further anniversary appearances reassured Judy and showed that her passion for music had remained through the years and she made three albums with Marc Swordfish, of Astralasia, as she began a revival of her solo career.

This included numerous guest appearances on albums by a host of artists including, in 2017, Big Big Train, forming a close working relationship with Big Big Train’s multi-instrumentalist frontman David Longdon. Although Judy was seriously ill at the time of recording the Dyble Longdon sessions, her passion for the project helped Judy to give some of the most moving performances of her career.

Prior to joining Big Big Train, David pursued a variety of musical avenues. These included leading Nottingham based band The Gifthorse, playing within Louis Philippe’s band alongside future Big Big Train member Danny Manners, reaching the final two in the auditions to replace Phil Collins in  Genesis and performing on The Old Road, 2008’s farewell album by former IQ keyboardist Martin Orford, which brought him to the attention of Big Big Train.

An accomplished producer, songwriter, multi-instrumentalist and arranger, David has also previously released a solo album, 2004’s Wild River.
Astrologers – out 25th August from the album Between A Breath And A Breath Release Date – 25th SeptemberCD through English Electric, distributed by RSKGatefold vinyl edition on the Plane Groovy label.