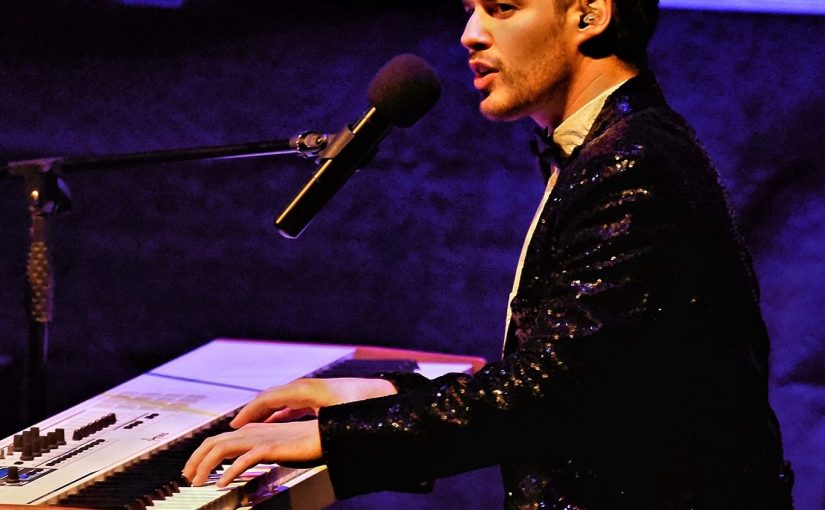 “Flair is what makes the difference between artistry and mere competence. Cmdr. William Riker”
― Star Trek The Next Generation

Well, I never thought I’d start a review with a quote from Star Trek but these are strange times we are living in!

Ex- The Enid frontman Joe Payne reinvented himself and launched his solo career as That Joe Payne and has just released his first full album, ‘By Name, By Nature’, on 7th August.

I always like a bit of background to my reviews so here is what Joe’s website says about him:

“Born 1989, Payne is a classically trained vocalist with backgrounds in theatre, pop and rock music, remembered by audiences for his impressive 5 octave range and strong countertenor.

He is best known for his work within progressive rock as frontman of The Enid (2011-2016). During their time together, the band released 6 albums and 3 live videos. They received 3 Progressive Music Award nominations in 2013 and 2015, including Best Band, Best Album, and Best Event.

His personal achievements include being voted Best Male Vocalist for two years running (2014 & 2015) in the Prog Magazine Readers’ Poll.

In 2019, Payne was invited to support Marillion at their fan-weekend at Port Zelande, NL.”

Now we’ve got that out of the way, here is what I think about the new album…

‘By Name, By Nature’ is fifty three minutes of pure artistry from a man who will be the first to admit that he certainly has a flair for the theatrical. It is a delight from the first note until the last and shows what an absolutely consummate performer Joe is, he is, honestly, a true entertainer.

After the dramatic instrumental opening of The Thing About Me Is the next two songs are pure driving pop music with a definitive diva edge to them. Title track By Name. By Nature and Nice Boy play to Joe’s talents and panache, imagine Andy Bell at the height of his fame with Erasure and, in my opinion anyway, you’ll be bang on the money. I am a particular fan of Nice Boy, you will not hear a more fun and jaunty track this year, I’m sure!

“He’s a Payne by name and a pain by nature…”

To be fair, I’ve met Joe and he does himself a great disservice with that line as he is a really nice guy, anyway, we then start to move into proper musical theatre territory with In My Head and What Is The World Coming To. The former song has a chorus that hails from Joe’s time in The Enid and is powerful and emotive and the latter is just pure theatre where Joe’s distinctive vocal is the focus.

Love (Not The Same) shows the soulful side of Mr Payne, a slow burning and sensual song followed by the soaring I Need A Change, which was previously released as Joe’s debut single and is still as powerful now.

The pared back, graceful feeling End Of The Tunnel is wistful and nostalgic and Music For A While takes the music of Henry Purcell and gives it an 80’s electronica backbeat. The album comes to a close with the stunning Moonlit Love where Joe’s skills as a songwriter meet his penchant for the theatrical, never has Beethoven’s music been put to a better use!

That Joe Payne has given us a highlight of the year, something entirely different to the majority of the rest of the music I have been listening to and all the fresher and inspiring for it. If you want to listen to an album that will take your mind off the world for a while and take you to a place of wonder and not a little wry humour then ‘By Name, By Nature’ might just be the one to take you there.

Order the album direct from the artists here: