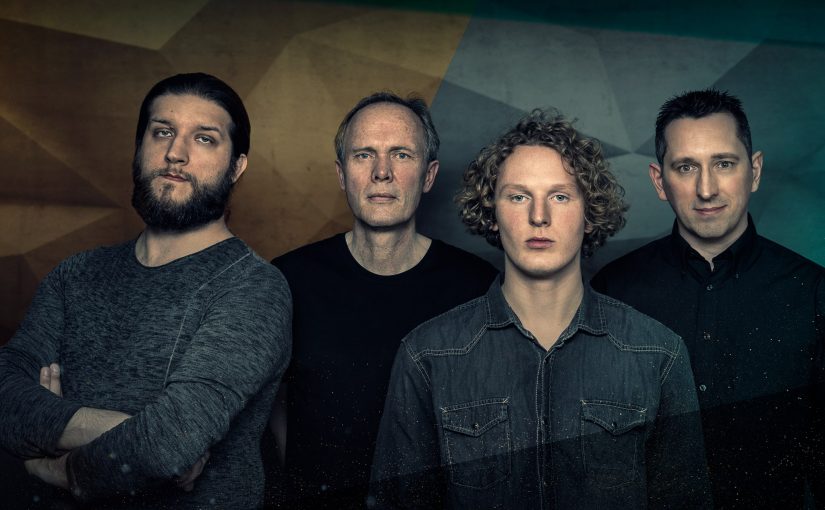 What began as a loose jam band founded by a couple of friends in late 2013 has over time developed into a prog fusion powerhouse featuring some very experienced musicians.

The rhythm section has been a mainstay of the band since late 2014: Drummer Paul Ettl, a student at the Nürnberg University of Music, combines effortless groove, taste and mastery of odd meters, while Bassist Michael Schetter (Relocator, ex-Seven Steps to the Green Door) provides driving and melodic bass lines as well as a good chunk of the band’s compositions.

Guitar duties are handled by Dave Mola (Effloresce), who joined in early 2017 and whose melodic sensibility and funky fusion approach will surprise those who so far associate him mostly with the heavy side of prog metal.

On keyboards, Günter W. Schmuck is the most recent addition, having joined the band in early 2019. After studying jazz piano at the Munich Jazz School, he went on to record with the Fred Drumski Trio and the SHS Trio, as well as lead his own jazz quartet and salsa band (Orquesta Mistica). Günter has also played with various latin, fusion, funk and soul groups (Papa Caliente, Salsa Fever, Soul7even, Jamdeluxe), and is presently the musical director of the Flames of Gospel choir band.

I’m a sucker for a good instrumental album as a lot of you well know, make it a jazz/prog fusion instrumental and all bets are off, as long as it’s a good one.

I think instrumental albums suffer most from the ‘keyboard in the bedroom’ curse of music making on the internet. It seems like anyone can rattle off a few tunes and then upload them for everyone to listen to, whether they should or not is often a moot point because they can…

However, when it is done with the proficiency, care and attention of an album like ‘Chronosthesia’ then it truly doesn’t get any better. You have four obviously highly skilled musicians who cannot only play a tune to an absurdly high level but compose one too!

Time Shift Accident have produced an album of tracks that are complex but joyous to listen to, a wonderful cornucopia of music that does have jazz/prog fusion at its core in a symbiosis of Planet X and Liquid Tension Experiment-esque grooves but also has the flamboyance of pure rock and even the flair of Latin rhythms running through as the four musicians seem to be turning a jam session into something more technically proficient but oh so much fun.

Every track is superb but there are some absolute stand out moments like opener Cold Case with its funky, upbeat groove and a keyboard sound straight out of the 80’s, Ignalina Forest is just a seriously cool piece of music, jazzy as hell and something Herbie Hancock would be proud to have his name against, Wish is emotive, laid back and achingly cool and Pompei rocks like the bastard son of jazz/prog and heavy rock.

The stand out track (on an album of stellar tunes) for me though is the amazing The Hand of God, just over ten minutes of instrumental perfection, layers of perfectly crafted music that just takes your breath away. Every musician is at the height of their game, Dave’s guitar shines brightly, aided and abetted by the ever so elegant keyboard playing of Günter. Michael and Paul’s rhythm section lays down the grooves absolutely note perfectly creating a piece of music that just effortlessly flows along to its wonderful conclusion.

I will say it again, I am a big fan of instrumental music but it has to be really good to hold my attention. “Chronosthesia’ is such a beast, one of the best instrumental albums I have heard in a very long time, in fact and I hope it is just the start of things to come for Time Shift Accident because, if this album is anything to go by, they have an exceedingly bright future ahead of them.