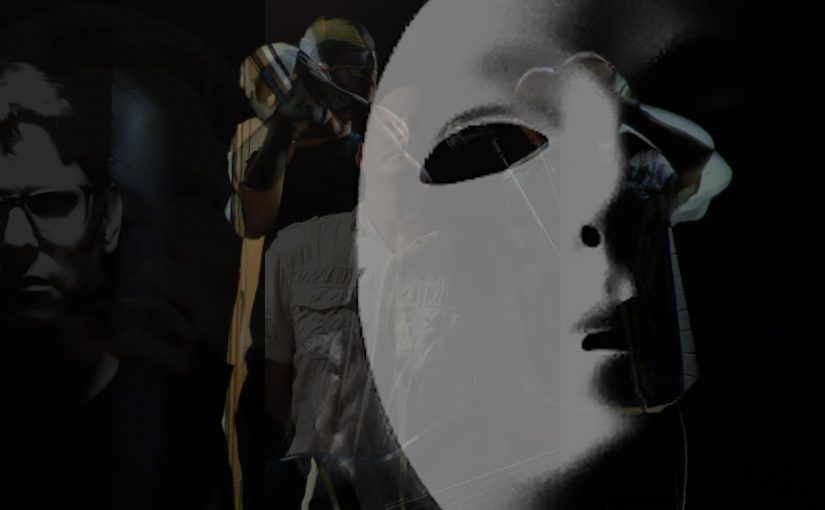 Hats Off Gentlemen are a London based group/duo of Malcolm Galloway and Mark Gatland who are gaining increasing recognition for their unique take on progressive rock. They have released several albums since 2015, this new album ‘Nostalgia for Infinity’ is the latest to carry their ongoing theme of the fragility of civilisation.

In addition, many of the songs on the album are inspired by the work of Science Fiction author Alastair Reynolds. This adds an unexpected twist to these songs as they develop on the themes that he has explored in his writing.

The album is one that requires active listening as you will need to immerse yourself into the music to really understand what you hear and also to appreciate the level of maturity and craft at play. This investment of time and effort will pay a handsome dividend for the diligent listener.  In my opinion, this album has moments of sublime grace and beauty being endowed with deep emotion.

The album starts with a longer piece Century Rain which has a running time of 9:17 and opens, as so many prog albums do, with keyboards. In this instance, there are some gentle synthesiser noodlings before the thunderous chords power in, it’s all very ethereal really and a good platform from which launches a sturdy vocal from Malcolm. This song is a good one, very atmospheric and with a fine use of Kathryn Thomas’ flute.

This track and the following, Twin Earth, take the story of Wendall Floyd, a musician living in Paris in an alternative 1950’s, who is hired to investigate the death of Susan White, a tenant who has an unusual record collection. Whilst doing this he meets Verity Auger who is from another Earth, 300 years in the future. Her world has been destroyed by weaponised technology called the Nanocause.

The theme of this piece is our ability to dehumanise whilst also failing to learn from the mistakes of history. Again, both are cerebral pieces that will cause you to think but the information in the booklet allows you to make sense of proceedings. The second part of this piece, Twin Earth, features, at the 4:17 mark, a piano solo of real beauty and warmth that shows the power of humanity in all its finery, a magnificent few moments within an interesting concept. The keyboard work throughout the album puts me in mind of Tony Banks, as the approach here is to build the keyboard sounds in a similar orchestrated manner.

The third track, Ark, is also significant, talking as it does about the original 1938 built aircraft carrier Ark Royal which played a vital part in the Second World War, including the famous search for the Bismarck, the flagship of the German Navy, which was sunk off the coast off France in 1941. The song has added poignancy as Malcolm’s grandfather was a Telegraphist Air Gunner for the Royal Air Force and served on Ark Royal for a time. The booklet includes memorabilia of that time and shows how basic and poorly supplied people were. This is an impressive and lengthy piece with some soaring guitar work from Malcolm throughout and acts as a fitting tribute to an important time in naval history.

The next track is called Nanobot and talks of a scientist who uses self replicating nanobots to counter a highly aggressive form of leukaemia which he is suffering from, however Darwinian aspects are at play, and the bots mutate into a mechanical cancer. This is another fine track, very imaginative and partly based on Malcolm’s own work as a medical specialist before he retired because of ill health.

There is much emotional input to this music in that it not only feeds the brain but its melodies are a tonic for the modern soul, rather a rarity these days I find.

Next we have Chasing Neon, a retro futuristic instrumental track which is full of atmosphere and allows your mind to conjure up its own images as the beat pulsates. This is a great track, very ambient and electronic with great synth parts to it and a fabulous driving beat that propels it along at pace and with style.

Track six to ten use another Alastair Reynold series as their inspiration.  This time it’s the Revelation Space novels, in which the world has fractured into competing factions that are defined by their relationship with technology.  The booklet explains all this in greater detail, but it is an interesting synopsis and makes for several memorable tracks here including Glitter Band which is a very strong and memorable song.

The album has a good mixture of tempos and differing degrees of intensity, but always remains on the listenable side, even in its harder moments. There are some excellent emotive musical passages here too that make this a very worthy listen and, even if Science Fiction isn’t your thing, there is enough fine music here to savour and enjoy.

I heartily recommend this album, the packaging is excellent throughout, elegant and enticing and the content does in no way disappoint either. This bodes very well for Hats Off Gentlemen to take a step further and benefit from their growing popularity. I think this album will really help cement their growing reputation and prove to be a resounding success.