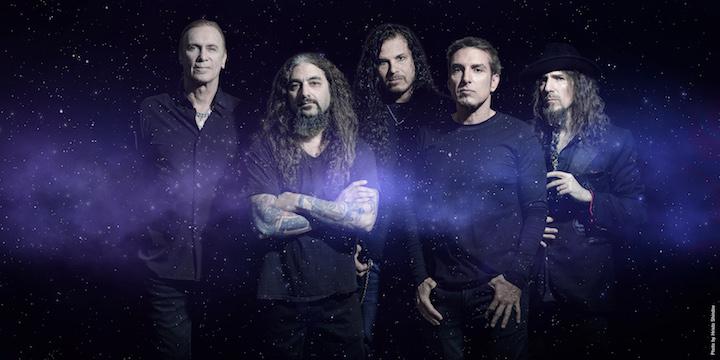 Produced by The Del Fuvio Brothers (Portnoy and Sherinian), ‘MMXX’ will be released on the 17th January 2020 via InsideOutMusic/Sony as a standard CD package, Limited Edition 2 CD package (which includes instrumental mixes and a cappella excerpts), 2 LP + CD package, and on all digital formats.

Mike Portnoy comments: “From the minute we finished writing Goodbye Divinity, I knew we had our album opener and the first release off the album. I even remember posting on social media how excited I was about the song the day I tracked it!

The song has an immediacy that grabs you right away: great riffs, flashy playing and hooky vocal melodies. All of the elements that make up the SOA sound.

The video was directed by Vicente Cordero who I have now done over 20 music videos with and its look helps catapult the band from the Greek mythological past of the last album into the 21st century with this new album.“

Pre-orders are available from today, with digital pre-orders on iTunes & Amazon receiving an immediate download of ‘Goodbye Divinity’.