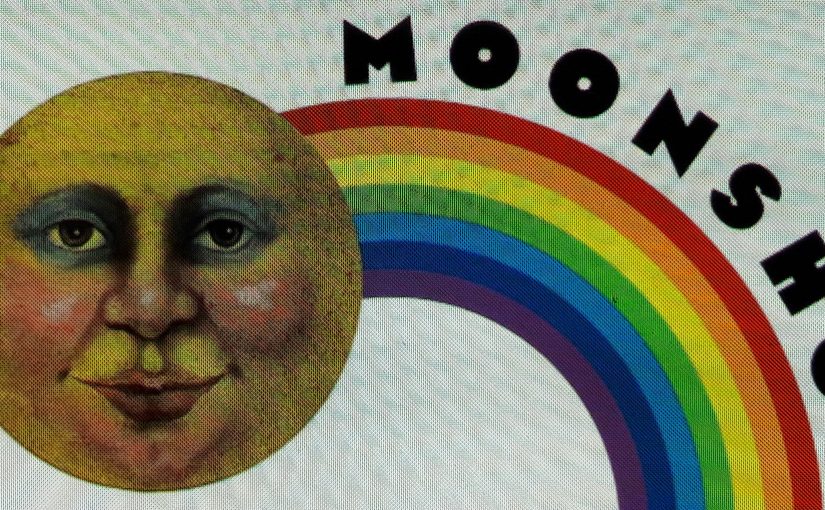 Curated by Tim Bowness, Worlds Of Yesterday is Moonshot‘s first official compilation since Shot Hits in 1979.

From the Crimson-esque grandeur of The Sweetest Bitter Pill to the straightforward beauty of Before That Before, via the warped creativity of Lost In The Ghost Light and the engaging Pop of Stupid Things That Mean The World, WOY contains the band’s strongest work from 1971-1992.

Though Moonshot may not have reached the commercial and creative peaks of celebrated Progressive peers such as Genesis, Pink Floyd, Yes and King Crimson, they were arguably one of the best of the chasing pack and fully deserve to be named alongside the likes of Gentle Giant, Camel, Greenslade, The Yorkshire Parkin Experiment, BJH, Gryphon, PFM, Prawn, Ange and others.Worlds Of Yesterday is a fine testament to a fine band.

The album is available from Plane Groovy Records and includes the bands’ hit singles Before That Before and Stupid Things That Mean The World.

“My 2017 release Lost In The Ghost Light was a homage to the classic Rock album era. The album revolved around my interpretation of the contemporary musings of Moonshot leader Jeff Harrison, though the events in the songs took place between 1967 and 2017. During this period, Rock music had gone from a revolutionary force that defined the zeitgeist to the exact opposite (a safe and nostalgic reminder of a better time). Jeff’s career was of interest to me because he came from my home town and was born on the same date as me in exactly the same place (Victoria Park Maternity Home in Warrington as I’m sure you’re eager to know). It was 16 years earlier, but how could I not be curious?“, says Tim Bowness.

“In the 1970s and 1980s, there were no local musicians of note from the area, so (in both a good and a bad way) Jeff became something of a home town legend regularly played by DJs such as The Longford Lover.” Tim carries on to say.

“On a personal level, I was interested in how Jeff and Moonshot had been passionately principled for its first 10 years, but seemed a little exhausted and compromised from that point on. Where did the inspiration / drive go? How was all relevance and credibility lost? Why did Jeff make the career choices he did?”

The Moonshot album will be available via Burning Shed and will come with a free download of the album plus extra tracks.  Details of the extras will be confirmed closer to the release date, pre-order at the link below.

Here is the title track from the album: