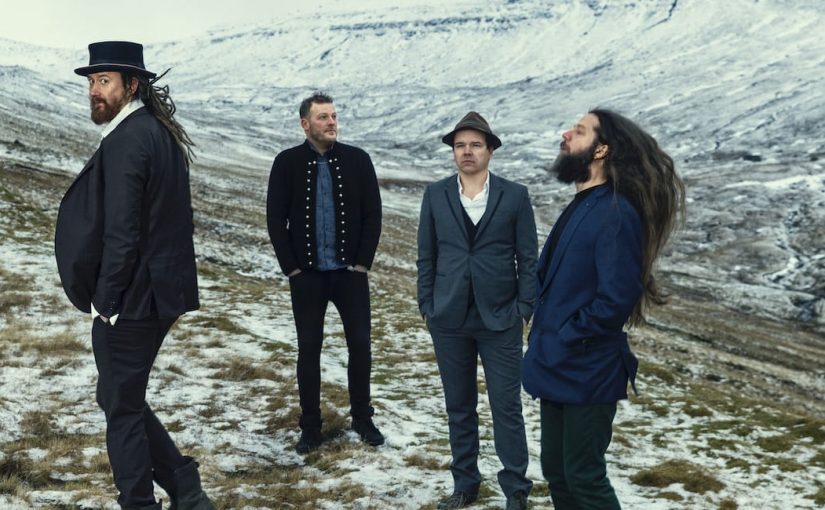 Afenginn, which means “intoxication and strength” in old norse, is Danish composer and musician, Kim Rafael Nyberg, one of the leading neo-folk, post-classical voices in Scandinavia.

Having toured all over Europe, Australia and the US and performed at numerous festivals, concert halls and venues, Nyberg’s deeply ambitious, orchestrated compositions are based on his seemingly mercurial creative impulses with a strong DIY underpinning, with each of his previous bodies of work being a clear departure from the last. Obvious comparisons would be Hauschka, Goldmund, Jonny Greenwood and Dustin O’Halloran.

“Klingra (circle in Faroese) is one of my more delicate and introspective pieces that leans one degree further into the neo-classical realm. I’ve been working with the theme of circles/cycles to inspire both the way the music is composed and the story within the poetry”, says Nyberg.

With a sound palette of two pianos, a string quartet (The Danish String Quartet), pedal steel guitar, synth bass and two drummers supporting the haunting vocals of Ólavur Jákupsson (Yann Tiersen), the music is incredibly intense, both emotionally and dynamically.

It speaks of stark landscapes, too big for the human mind to comprehend, almost pagan and primeval, of the land and with millennia of history coursing through every note and word. It is a powerful and cinematic soundscape on which Nyberg layers his palette of beautiful and ethereal pieces of music.

So exquisite is the music that it is almost painful to behold in its minimalistic glory, the norse melancholy drawing you into its intricate web of gradually building emotive tension. The highlights are many but Vitin (the lighthouse) leaves an emotional mark on you that lingers long after the mournful strings fade away to just be a lingering memory.

Any of these wondrous compositions could be used as a dark cinematic soundtrack, the fragility and contemplative feel leaves you thoughtful and almost overwhelmed by empathy, I have not heard anything quite like this in a very long while. Ólavur’s deeply moving vocals are the perfect foil for the wistful and winsome grace of the music and will move you to your very soul.

Music for long winter evenings in the company of someone you love, ‘Klingra’ will make time stand still as you listen to every nuance and subtlety, it is an incredibly involving experience that I believe everyone should enjoy at least once.

Order from the bandcamp site: