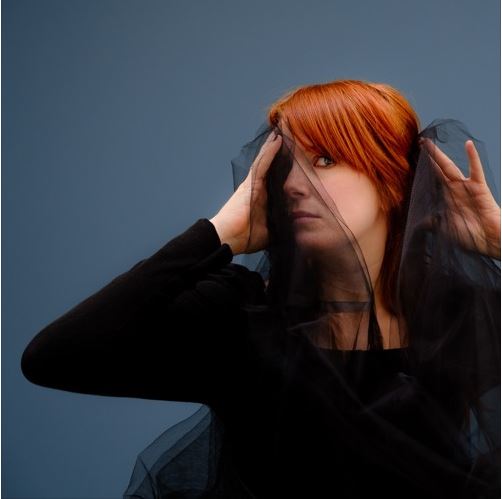 Radio Silence, the second single from upcoming album ‘Strangers’ is a bitter/sweet and raw account of being cut out or ghosted and alludes to some gut wrenching references, such as a woman whose parachute is cut by her husband, a biblical scapegoat and the dark fate of the lifeboat keepers of Small’s Lighthouse.

R I S E (aka Jo Beth Young) is an English songwriter whose relentlessly authentic songs and mesmeric voice cut deep into the fabric of human frailty with a visionary sound swaying hypnotically between dream folk and progressive grit; at times dark but always beautiful.

Since the release of her debut album ‘An Abandoned Orchid House’ in 2018 (under the longer moniker of Talitha Rise) she has been gathering international acclaim and support from BBC 6, BBC Introducing Devon, and the legendary ECHOES Radio in the USA who made her the number 1 album of the year 2018.

Establishing her unique sound early on in Ireland cutting her teeth on the folk circuit, she returned to the UK and met her long-term collaborator Martyn Barker (Shriekback, Goldfrapp, Robert Plant) and caught the attention of Chris Difford (Squeeze) who sang on her debut EP Blue.

Rise’s haunting and mesmerising vocal is the mainstay and backbone of this incredibly moving track. The ethereal and waif-like voice has you completely enthralled in this bitter-sweet tale and the raw, pared back music is a perfect accompaniment.

There’s a painfully wistful overtone to the whole song, it’s beauty wrought from a tender agony and one that cuts deep to the bone. As the track comes to a close you are left almost bereft but with an urge to hear more, testimony to the wonderful art of the songwriter.

Raw, painful but beautifully mesmerising, Rise once again shows that she is a serious talent and one that the world is waking up to and taking notice of…