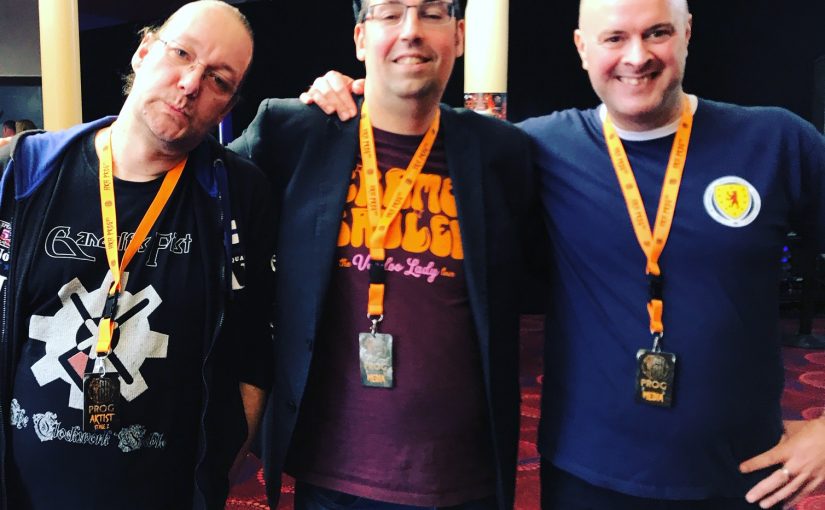 So, it’s that time of year where us journos pick our top albums of the year. It’s been another stellar year for new releases and there have been some absolutely wonderful albums that have crossed our paths here at Progradar.

Both myself and James R. Turner will give you our selections and we are starting with mine. The first nine can be taken in any order but the final album is my definitive top release of 2018!

The prog-metal trend setters returned with their most visceral and intense offering yet. Just over 40 minutes of powerful, bruising music with a definitive melodic edge that saw Ross Jennings at his powerful best as a vocalist.

Not everyone’s cup of tea but to most ears, mine included, Haken delivered one of the sonic experiences of the year!

The masters of Italian prog-metal released their most complete album yet. 10 lovingly crafted compositions of raw, unfiltered emotion that took the band’s bass, heavy roots and built on that foundation to deliver a stand out release of maturity and gravitas.

The long awaited second album from Riversea, the on/off musical project of my good friends Marc Atkinson and Brendan Eyre.

There’s been some good music released this year already and also some utterly outstanding albums and ‘The Tide’ definitely falls into the latter category. Marc and Brendan have lovingly crafted twelve pieces of music that come together to create a release of beauty and refinement and one that will stay in your heart for a very long time. It’s not just music, this is something that is actually life-affirming and I can’t give it higher praise than that.

Following on from the beautiful EP ‘Blue’, Talitha Rise released her debut full length album ‘An Abandoned Orchid House’ on June 1st. It is a release full of captivating, wistful songs wound around themes of isolation and abandonment.

In my humble opinion everybody needs music to complete their life, to give you a reason to get up every morning and go out to work and Talitha Rise has delivered one of those perfect moments in time, an album of songs of such rare quality, delivered by the most wonderful voice, that stands out like a ray of light in the darkening world that increasingly surrounds us. My music loving friends it just doesn’t get any better than this!

One cannot truly appreciate the light unless one has first walked in the dark. We talk of the light at the end of the tunnel, you see this through the dark and it is the ultimate goal, you must, however, travel through the dark to reach the light.

Simply put ‘Wasteland’ is two things, a triumph of the light over the dark and a fitting tribute to Piotr Grudziński (Riverside’s guitarist who died suddenly). A compelling and engrossing musical journey through darkness, grief and loss to emerge into the light. A spiritual catharsis that sees a new chapter in the life of Riverside and puts them back at the forefront where they truly belong.

Albums like ‘Chronomonaut’ are the reason why I love music so much and it has become part of my life. It sees a band I love unafraid to take a relatively new direction, organically progressive if you like. While not completely straying from their roots, Glass Hammer have taken a path less trodden and delivered what is, without a doubt, their best album yet and a fantastic new direction of power, precision and downright soul.

‘Proxy’ is a joyous celebration of music, done in The Tangent’sinimitable style. It’s an album that truly bears repeated listens, I’m sure Andy has left little chestnuts and references in there for people to pick up on. What we’re hearing is a true progression of the band’s sound that, while keeping what has always made them who they are, now resonates even more clearly with the world we live in. Music to make you think and music to lift your soul, what more can you ask for?

And so to what is my number one, favourite album of 2018. I don’t think it will come as any surprise to most of you that I have gone with this incredible release…

Truly cementing themseleves as Progressive Rock’s Kings of Pomp and Circumstance, Southern Empire returned with their sophomore release. Four songs that are brim full of emotion, joy and pizzazz, all delivered with true Antipodean swagger, verve and joie de vivre.

‘Civilisation’ was one of the early contenders for album of the year for me, one first listen it was a tremendous release that hit all the right notes and finally saw joy and elation return to the creation of music. It’s as close to a must buy as anything else I’ve heard this year so far. Right, that’s it, I’m off for another listen…

The band cemented their place at the top of my list with an incredible live performance as this year’s HRH Prog in North Wales, proving that they are even better live than on record. They brought the tracks to life and added another dimension.

Southern Empire are very worthy winners of my album of the year award and are already working on album 3. I, for one, just cannot wait!

So that’s my choices, please keep an eye out for James’ selection which will be up shortly!