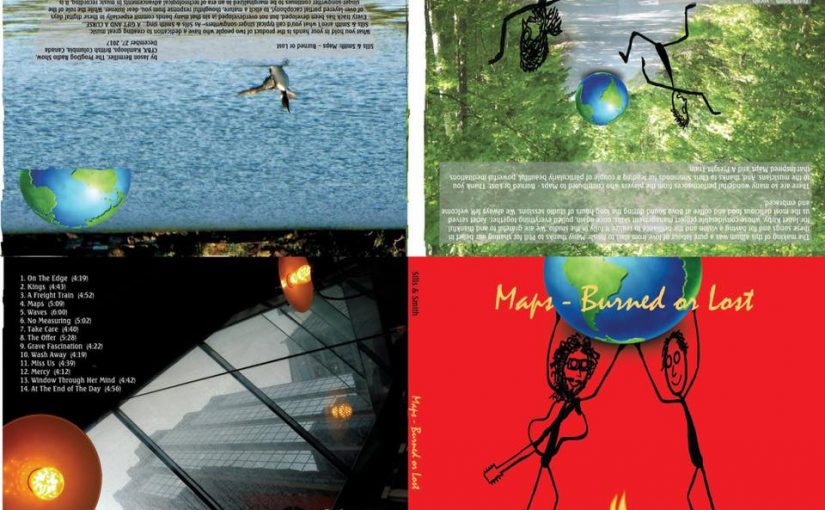 Sills & Smith, a project of singer/songwriters Jeremy Sills and Frank Smith, has six albums of original music. Maps – Burned or Lost was recorded by famed producer Phillip Victor Bova at Bova Sound in Ottawa. The album is an epic musical journey, with 14 songs and close to 70 minutes of music. The music careens melodically between pastoral folk, to trippy indie rock, to progressive rock.

“Frank Smith and Jeremy Sills have delivered their most profound musical work yet, ‘Maps – Burned or Lost’ is a wonderfully involving collection of songs about love, life and loss that is very relevant in this turbulent world we live in today. You can lose yourself in the well wrought words and the excellent music and come out of the other side in a much better place than you started and that’s what I want from my music.” – Martin Hutchinson, Progradar (Jan 23, 2018)