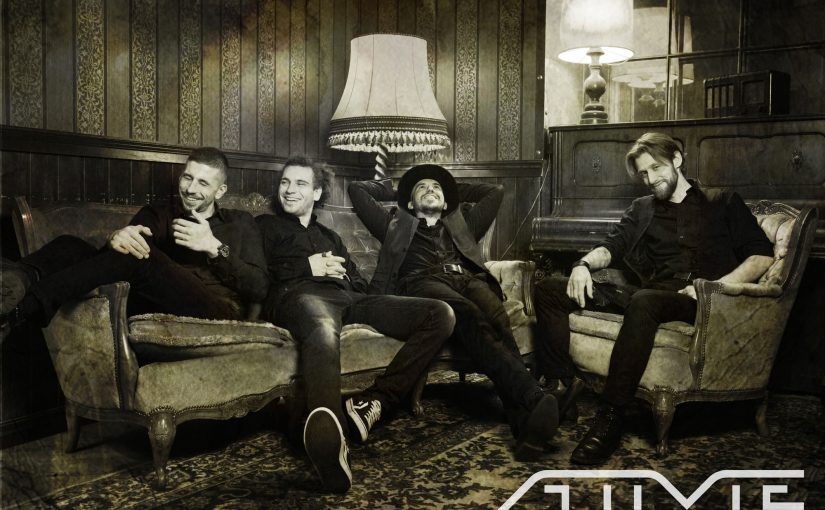 “If you want to experience a deep journey into sound, ATME is a band you are looking for.”

Well, that’s quite a strapline isn’t it? Definitely enough to get me intrigued but, first, more about Poland’s ATME from the Press Release:

“ATME was founded in 2011 in Wrocław, Poland. The band consists of four friends and integrated personalities crafting their own musical language mostly by improvisation during rehearsals and concerts.

“We like to leave our comfort zones in search of our own unique sound and character, the best way is by putting ourselves in a state of being here and now and just letting the music flow through us” – states ATME’s guitarist Piotr Guliński.

The stories behind their songs are the result of observation of the world and people. Lyrics discuss issues concerning the existence, spiritual development and psychology of the human mind.

“Music needs to be alive, to interact with us, people and the world around us, it needs to breathe” – says vocalist Luke Pawełoszek.”

Along with Piotr and Luke, ATME’s  line up is completed by Adrian Nejman – bass and Paweł Zborowski – drums & percussion. ATME’s sound can be associated with some of the works from bands like Tool, Led Zeppelin, Budgie, Opeth, Mastodon, Perfect Circle or Faith No More, while still maintaining an identity of their own.

So, big shoes to step in but step into them they do. The band’s debut release ‘State of Necessity’ is a dark and powerful statement of intent shot through with some quite beautiful moments of light and lucidity. There is a touch of jazz to opening tracks Worthy of Pity and Pleasure Box that does give a feel of Faith No More to the music, if Faith No More had spent a few days locked in a dark dungeon with Satan himself that is.

For this is a very dark album in places, deliciously dark in fact, the guitar riffs feel like they have come from the darkest recesses of the Earth and the obsidian drumbeat is hewn out of solid rock. There’s no comfort zone here, just the stylish, raw musical sound of a band crafting their own musical language and forging their own unique sound. Be it the grunge-heavy groove of the fabulous Trickster or the hard-rock-fest of the riotous ten minutes of Interrupted Call, like Led Zep on some serious acid, this band have crafted some seriously impressive tracks.

Through it all Luke’s impressively world weary and gravelly vocal drives things along, accompanied by that superb sound from Piotr’s memorable guitar and the truly heavy rhythm section of Adrian and Pawel. There are rare moments of calm within this thunderous musical storm of an album, moments that concentrate your thoughts on what is coming next, Pecto Dril, which will rock you like the proverbial hurricane, or (un)cut Thoughts with its more cerebral moments, either is a force of nature.

The album closes with the monster Hotel of the Transfiguration, a near ten minute journey into the soul of the beast and one of the best prog metal/hard rock/grunge tracks you’ll hear this year, this truly is the primeval sound of the earth at its elemental core.

Well, if you want a complete heavy mind-f*ck of an album that will, literally, blow you away but one that is full of intelligence and incisive songwriting then you need look no further than ATME’s brilliant debut ‘State of Necessity’.