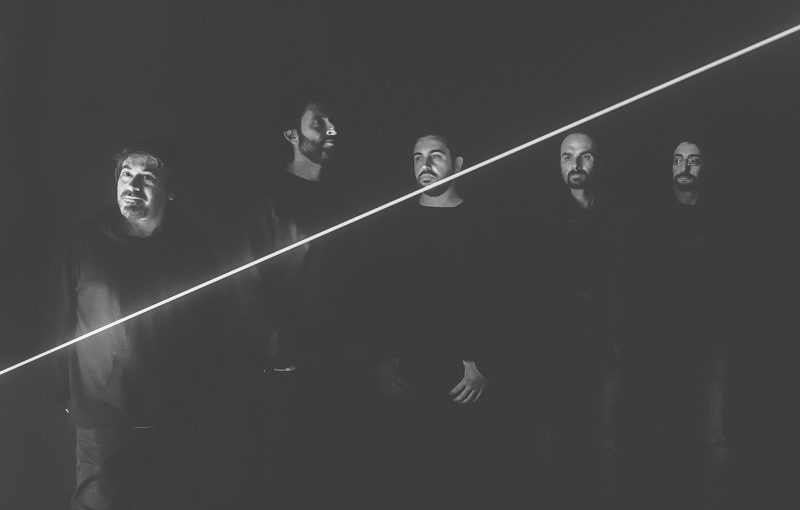 Nosound have come a long way since their humble beginnings as a solo project of main man Giancarlo Erra. Six studio albums along with the odd EP and live CD/DVD have seen them hailed as one of the most interesting up and coming alt/art rock bands in Europe. Nosound inventively combines influences from ’70s psychedelia, ’80s/’90s ambient and contemporary alternative and post rock.

The follow up to 2016’s ‘Scintilla’ sees the band forging a different sound. “Allow Yourself’ is a new phase for Nosound. Finding a new balance between organic and electronic sounds. stepping away from rock structures and ditching guitars to have more space for experimentation.”, says Giancarlo, “It is a stripping back of what we have known before, and its inspirations are in a different field altogether, finding the band in a new space once more, wholly embracing Alternative/Electronic influences.”

So is the new sound of Nosound (sorry, couldn’t resist that!) a step in the right direction. Well yes….and no…

There are times when you bemoan the absence of the lush chords and wonderful orchestrations of the previous albums, especially ‘Afterthoughts’ and ‘Scintilla’ and, to my ears, some tracks that just don’t work at all. However, at other times, it’s minimalist feel and heartrending simplicity is painstakingly beautiful.

The highlights of the album are the wonderful, ethereal sounding shelter, my drug, this night and saviour, four tracks where the band’s desire to take the stripped back route works just about perfectly, leaving you with a feeling of whimsical, melancholy delight. The slow burning desire of at peace works particularly well, all the pent up desire burning under the surface but never allowed to break free.

The less is more approach works less well on ego drip, don’t you dare and weights, all good songs but just lacking that spark I have come to expect from this band. I just cannot get into growing in me and defy at all, I’ll just leave it that they are not my cup of tea.

So, overall, I have to say that I was a little disappointed with the new album. I always applaud a band’s desire to progress and change, that is the lifeblood of music but, for me, there is just too much pared back minimalist style on the album. The good tracks are very, very good indeed but they don’t quite make up for the others. It is by no means a bad album but the change in direction just doesn’t fit with my musical ethos.