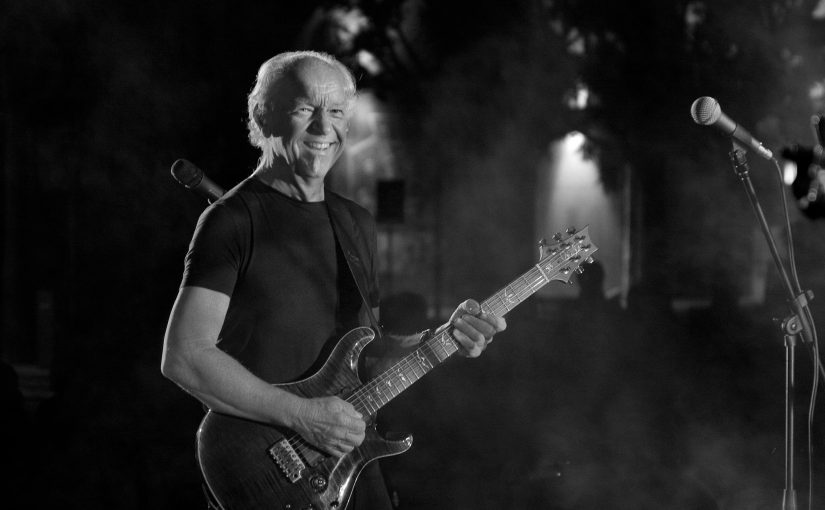 “I’ve concentrated on improving my songwriting over the last few years and as a result, I am really pleased with this new CD. Although my playing has a lot of space in the music, I’ve worked a lot harder on the arrangements and lyrics.

My goal is to have a CD that keeps the listener from beginning to end. ‘Roads Less Travelled’ reflects my belief in taking music somewhere new.”

So says legendary guitarist Martin Barre of his new solo album. Best-known as guitarist in Jethro Tull – one of the biggest selling prog bands of all time, Barre has developed his own distinctive style within the framework of Tull, and his instantly recognizable and original sound form the basis of this album. ‘Roads Less Travelled’ features 11 original tracks by Barre, which reflect the last 50 years of his esteemed musical career. The new album invokes a nostalgic 70’s sound that will resonate with people of a certain age and yet it feels really fresh too. Barre’s songwriting skills are evident on this really diverse collection of tracks from the hard rock opening of Lone Wolf through the edgy, Tull influenced, Out of Time (check out the stunning solo) to the scorching blues of Badcore Blues.

The overriding sound is that of Barre’s distinctive guitar and this guy is as good a player as they come. To many, his guitar playing was the definitive sound of Jethro Tull and his solo on Aqualung is frequently quoted as being one of the best of all time.

His supporting cast of vocalists aid and abet with fulsome aplomb, Dan Crisp’s vocals are soulful and hard edged, Becca Langsford gives a superb whiskey soaked edge to Badcore Blues and Alex Hart’s ethereal rendition of You Are An Angel is just heavenly.

This in album that you fall into like the comfiest of chairs, these songs are like old friends who have come to visit and share a dram with you on a cold night, in front of a roaring fire. On My Way brings Barre’s legendary guitar skills to the fore while Roads Less Travelled  with it’s driving riff, pulsating rhythm section and superbly harmonised backing vocals is a classic hard rock track in the making, as is the swirling Hammond organ backed blues vibes of (This is) My Driving Song. Martin shows us his elegantly applied acoustic skills on Trinity and the album comes to a more than satisfactory close with the jazz/blues cool of Becca Langsford’s vocals on the ever so classy And The Band Played Only For Me, all superbly backed by Martin’s acoustic guitar and Josiah J’s Hammond.

Whether you’re a Tull fan, a fan of 70’s hard rock or someone who just loves music, this release should definitely be on your radar. Excellent songwriting combined with superb musicianship has given us that rare commodity, an album that appeals to the past, the present and, most likely, the future. Martin Barre is still a rare talent nearly 50 years after he first played a note with Jethro Tull.