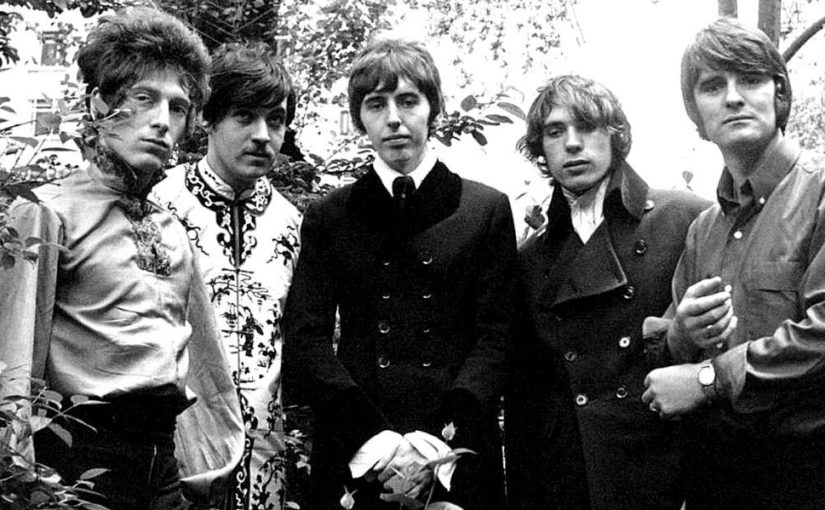 Following on from the epic Procol Harum boxed set released earlier this year, and an announcement of the re-issue of ‘Live in Edmonton’ on both CD and vinyl in October, Esoteric continue their excellent reissue series of Procol Harum albums with the deluxe editions of 1973’s ‘Grand Hotel’, 1974’s ‘Exotic Birds and Fruit’ and 1991’s reunion album ‘The Prodigal Stranger’.

Starting with ‘Grand Hotel’, the album is released complete with bonus tracks and a DVD live in Belgium from November that year.

By this point band had coalesced around the stellar line up of Gary Brooker, Alan Cartwright (bass), BJ Wilson (drums) Mick Grabham (electric guitar) and Chris Copping (organ), with Keith Reid as ever providing the lyrics to Brooker’s music. The lavishly designed album is in keeping with the music contained within, from the orchestral title track segueing into Toujours L’amour, the caustic TV Ceasar, to the wonderful For Liquorice John, this album helped define Procol’s identity for the latter days of their existence throughout the 1970’s as the line-up stabilised.

With Brooker’s vocals and Reid’s lyrics working in harmony, and the taut band that had been touring well together, ‘Grand Hotel’ is a deserved high point in the Harum catalogue, and with a superb live concert on DVD it captures a band at the peak of their powers. The mixture of new material with older classic like Conquistador, A Rum Tale and Power Failure showcases their skill and versatility.

With superb sound and packaging that reproduces the elaborate lyric booklet, this is an excellent album from a band at their peak. This momentum was carried forward into 1974’s ‘Exotic Birds and Fruit’, here a triple disc set including the album plus bonus tracks, a live at the BBC concert from March 1974, and a live concert from Dallas in July 1974.

With these additional live tracks, as Harum fans we are well and truly spoilt.

Claiming in contemporary interviews that this was a back to basics album, the line-up remained unchanged and all the compositions again were Brooker and Reid’s and while the packaging again was lavish, the music inside was more direct and Reid’s lyrics were darker, referencing the Three Day Week, conditions not ideal to recording an album. However, they soldiered on, creating a masterpiece as strong as ‘Grand Hotel’, and as different from its predecessor.

With the opening Nothing But The Truth and tracks like New Lamps For Old and Butterfly Boys, providing scathing commentary about the band’s management Chris Wright & Terry Ellis (Chrysalis Records), given its strength, it is amazing that they allowed it to be released.

With material from this and ‘Grand Hotel’ dominating the sets on both extra concerts, it’s interesting to hear how songs developed and grew from recording to touring and the subtle tweaks that bring the best out of them.

In these two years Harum produced a couple of fantastic albums, better than their debut some might say, and proving that this line-up was for many the definitive line up of their first wave. Jump forward to 1991, and a break of more than 14 years from their last gigs in 1977, after the death of BJ Wilson in 1990, and working together with Keith Reid in 1989, Brooker caught up with Matthew Fisher and Robin Trower and, working with additional musicians like Dave Bronze (bass), Mark Brzezicki (drums) and Jerry Stevenson on mandolin and guitar, ‘The Prodigal Stranger’ was composed and released in 1991. With co-writes from studio engineer Matt Noble, this was the first new Harum music since the 70’s and, as the musical style had evolved, so had the sound.

Listening now the production is very much of its time, and yet, despite that, it still has the element of Harum about it.

Driven by the vocals and piano of Brooker, the organ of Matthew Fisher and Robin Trowers guitar, tracks like the emotive The King of Hearts, Holding On and One More Time flow in the best Procol Harum tradition and, yes, they are shorter songs and have a slightly more polished radio friendly sheen but the band is still in there, with Trower in fine form on All Our Dreams are Sold.

A lot of bands reunite for a variety of different reasons, and for Harum and Brooker it was the death of Wilson that spurred him on, that makes this album as much a Harum album as any other. This is no Yes ‘Union’ record, it’s a very different beast to what went before but it was the springboard to the band resuming full time touring, which they haven’t stopped, as well as two more studio albums since then, so it’s place in Harum’s legacy is as vital to the band as any of the classic 70’s albums, and is really worth revisiting and enjoying.