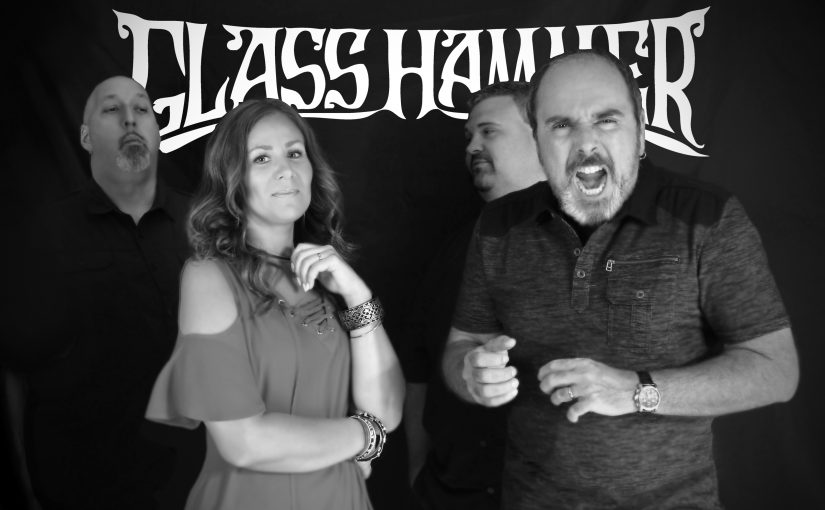 Glass Hammer have been teasing a concept album based on “the ultimate prog fan”, and now it’s official.

Fans will no doubt recognize the name “Tom” from 2000’s ‘Chronometree’ release and videos on Glass Hammer’s social media sites show that Tom has recently resurfaced to promote his own music. Bassist Steve Babb explains, “While ‘Chronometree’ documented Tom’s prog-rock influenced alien-encounter in 1979, our new album ‘Chromomonaut’ tells the stranger story of all that happened later; from Tom’s failed early eighties prog-rock band, The Elf King, to his most recent musings on nostalgia and the glory days of progressive rock.”

To lend credibility to the ‘Chronomonaut’ story, the character of Tom began posting his own music and theories on time travel to YouTube and at least one well-known progressive rock forum (progressiveears.org) several months ago using the name “The Elf King”. Glass Hammer has also been releasing “found footage” video of Tom, supposedly from 1983, which documents his time travel experiments as well as the failure of his own prog band to secure a record deal.

“Tom is a frustrated guy,” says Babb. “He’s growing older and his prog heroes are retiring or sadly passing away. We all reflect as these things happen and we’re all guilty of romanticizing the past, but Tom makes the bold attempt to actually go back in time. Is the music in his prog collection powerful enough to make this happen? Can he really get back there? That’s what ‘Chronomonaut’ is all about.”

Bandmates Fred Schendel, Susie Bogdanowicz and Aaron Raulston are all on board for this release. Guest appearances include Discipline’s Matthew Parmenter and Chris Herin.

“Chronomonaut” will be released on Friday, October 12th. Pre-ordering for autographed copies will begin one month ahead of the release on September 12th at the band’s website.