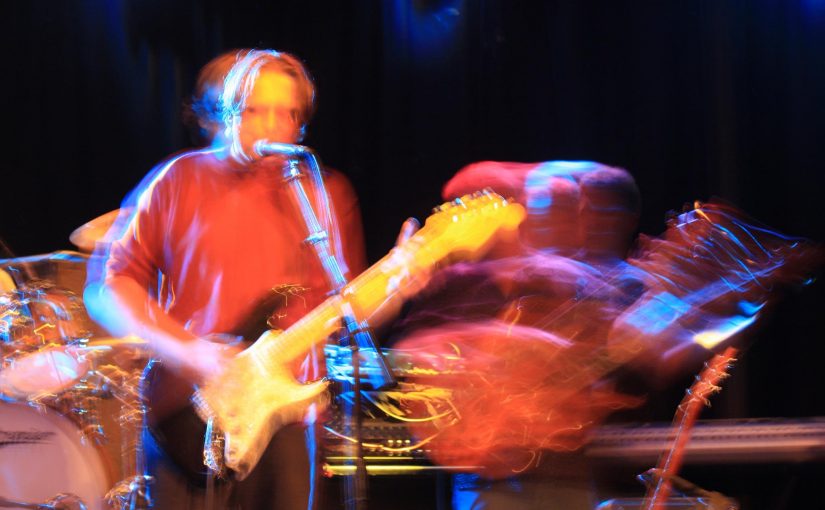 After 70 odd years of popular music it is fair to say that most new music created is, in some way, derivative. All of those influences that inspire musicians to become musicians will find their way along the process into any new music created. Some artists are blatant in their ‘plagiarism’; for me, Noel Gallagher has become the premier Beatles/Slade tribute act without actually doing any of the songs. Others, however, take the music that influences them in a new direction, developing the sounds that inspired them.

One of these bands is Obscured by Clouds who are releasing a live album, ‘Thermospheric’, based on the works released in their debut album ‘Psychelectic’. As suggested by the band’s name, early Pink Floyd is the touchstone and spark for the creativity. The feelings and emotions that are fed into this album are very reminiscent of albums such as ‘Piper At The Gates of Dawn’. At points the album feels almost as a homage to this era of British psychedelia (there also seems to be a heavy Hawkwind/Edgar Broughton vibe too); on more than one occasion I, as a listener, was expecting to hear a blood curdling scream such as Floyd’s one in Careful with that Axe, Eugene.

The songs are also so much more than just a tribute to this hugely artful time in underground music; the greatest compliment I can pay the band is that this feels like music that Floyd would perhaps have continued to create had Syd Barrett been able to keep a hold of his sanity and musical creativity. Quite simply, this is powerful and exceptional psychedelic, tripped out, hazy and confounding music. It’s like going back to the 1960’s with some super strength LSD to fully open up the doors of perception into another universe.

I really am a huge fan of eccentric’s in music which this album really embraces (I also get overtones of one of British rock music’s great eccentrics, Julian Cope, throughout the mix, particularly in the vocal style), it is music designed to not only challenge but to also scare and disturb, music that takes you to different places, from the Indian sitar on the Barrettesque Zoe Zolofft to the industrially horrific guitar feedback on Cast Close The Gate.

It’s pays homage to its heroes by taking their influences and taking it in directions perhaps that could only have been dreamed of fifty years ago. This is music that is best listened to on your own, in the dark, with sound surrounding you…just make sure you’ve got someone around to give you reassurance when it ends…and then go back in again for another go. This is proper deep, meaningful, eccentric, dangerous and ultimately excellent rock music for grown up explorers of disturbing soundscapes that need a cautionary warning about the amazing head fuck capabilities of Obscured by Clouds.

Order the album from iTunes here