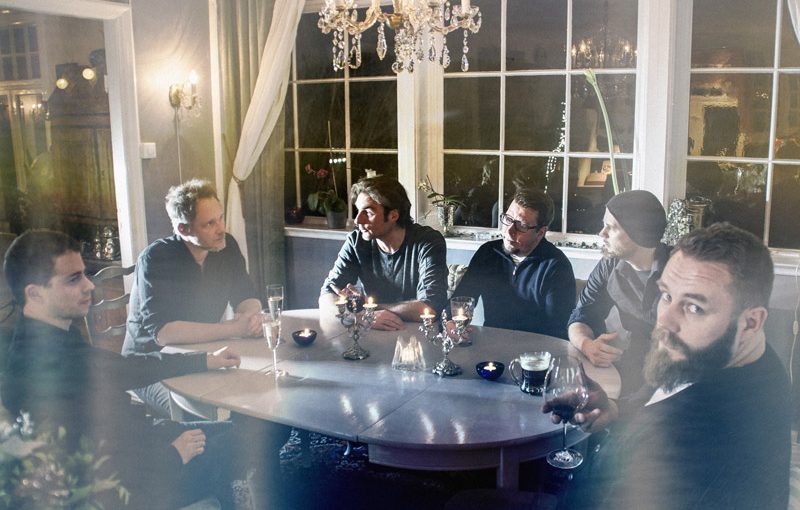 I am by no means a huge fan of progressive rock, there are bits I like, some I don’t, some I find clever and some I find completely over the top and pretentious beyond words. However, I do like to try new stuff, or at least new to me, and when it comes from an act that I’ve heard lots about from friends and acquaintances I’ll certainly give it a good go.

So when I was sent through the new album, released this week, from Norwegian alt-rock experimentalists, Gazpacho, I started listening with great expectation, having heard the name mentioned a few times by people whose thoughts on music I respect.

What I love most about hearing new music is picking up on the references that shape that music, and this album, ‘Soyuz’, is rammed full of great influences that have shaped the sound, whilst not diluting the bands own distinctive voice. It is an album shaped by the experiences of this band growing up in a period of huge political uncertainty, the Cold War, in a country very close to the borders of that conflict.

The sphere of influence that the USSR held over the countries of Northern and Eastern Europe have led to the music on this album having a sinister and dark, perhaps even fearful sound, a sense of foreboding. Across this the band tell stories such as that, in the first single, Soyuz One, of the doomed space mission by the Russians where cosmonaut, Colonel Vladimir Komorav, died; the first in-flight fatality in the history of space flight. The way the stories are told are engaging; making parts of this album seem like a pretty cool history lesson.

Musically the band are very adept at creating clever melodies and tunes, that, in common with many of their contemporaries, wash over the listener, enveloping them in the senses they try to create. However, the band are also more than happy to throw in the odd curve ball, a contrasting surprise. The ending of Soyuz One, for instance, which is a beautiful piece of piano music, is something Vaughan Williams would, no doubt,  have been proud of.

The album has a number of these little vignettes through out, it’s as if the guys have visited Cecil Sharp House and had a go through some traditional English folk tunes with which to enhance the sound of the album. With a bit of folk fiddle or a pastoral piano piece thrown in the album has, in places, the feel of a Fairport Convention album with production by Brian Eno.

This is an album of superior tunes, interesting and engaging subject matter and a brooding Nordic sound that will both appeal to fans of progressive music whilst also be surprising enough to make the album stand out amongst contemporaries and attract new devotees. The band have created a fine work that works of many levels. A mighty fine effort that will reward the listener over multiple listens.