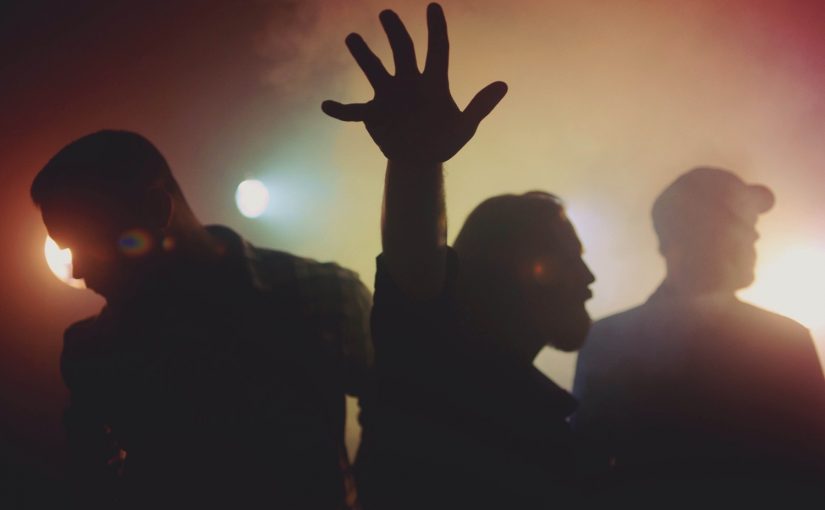 Dream The Electric Sleep have announced details of an unheard ‘lost’ 2008 album ‘The Giants Newground’ which will be released on 18/05/18 via 7Hz Productions and shared the first single to be heard from the album We Smell The Blood.

Dream the Electric Sleep officially formed in 2009 but in 2008, Matt Page and Joey Waters decided to write and record an album together. It was the first time Page wrote the lyrics and took over the lead vocal position in a band, and the first time Page and Waters were the sole writers of a project. “After years of playing together, Joey and I were ready for something different… a new direction, and honestly at that time, a last attempt to find a way forward together as a band. We had played with so many different people and never found a line up that captured what we wanted so this was it! We were attempting to reconceive our efforts together and this album represented that departure” explains Page.

When the album was completed in 2008, it had a limited regional release and it happened to land in the hands of bassist and songwriter, Chris Tackett. He was living in Huntington, West Virginia at the time but had just accepted an art directorship at a company in Lexington, Kentucky where Page and Waters lived. After Tackett heard the album, he was impressed and intrigued. Through a mutual friend, he found out Page and Waters were looking for a bass player. Waters and Tackett set up try out rehearsal and after the first song, Page and Waters were sold. Chris Tackett would be the new bass player on this new journey. Page, Waters, and Tackett had no band name at that point and rehearsed the songs from the recently released album to start playing some regional shows. It didn’t take long for the trio to begin writing new material. That new material became the band’s first official release, ‘Lost and Gone Forever’.

Dream the Electric Sleep never played songs from that first unofficial album that brought them together.

Discussing the looming presence of the lost release, Matt Page explained: “Over the years I thought about that album a lot. It haunted me a bit. The album meant so much to me on a personal level but I knew we had to move forward, not return to something old. In the summer of 2017 I realized it had almost been 10 years since that album came to fruition. It occurred to me it would be a great time to revisit the material and put together a 10th year anniversary release. It’s a way for the band to reflect on our origin and share that with all those who have supported us over the last decade. That album was the springboard for what would become Dream the Electric Sleep.”

The album titled, ‘The Giants’ Newground’, was revisited, re-tracking some guitars, bass, vocals, and drums, mixed with many of the original takes from 2008.

“We wanted to update the album some but leave the original feel. We worked over the summer of 2017 and are finally ready to release this 10-year anniversary album! It feels good knowing this album can go into the world and become part of the DTES catalogue where it belongs. I felt like it was a homeless album for so long and now it will have a place to live. I can finally move on from it knowing it is out in the world.”

‘The Giants’ Newground‘ is based on a series of Appalachian Jack tales that Page’s mother read to him when he was young. “They were these dark, old, mysterious stories that had a deep impact on my imagination. The book that we had in our house was old and falling apart and had been in the family for a long time. The stories always revolved around the main character, Jack, and his constant wandering and leaving. That idea of drifting from place to place, living on the edge, constantly on the run, felt familiar to me when I was in my mid 20’s and it’s the reason I decided to use those stories as inspiration to write an album. It’s a modern re-telling of Jacks search for home, something I too was searching for. A place to find shelter from the storm of my life and mind.”

‘The Giants’ Newground’ will be released worldwide on May 18th 2018 via 7Hz Productions (ADA) and will be a precursor to a brand new album being presently recorded and due for release in 2019.

Tracklist:
Home
We Smell The Blood
Father Francis
This Is My Crowd
We’ll See
The Stage
One Last Fix
It Will All Be Over Soon
Black Ink
The River Current
Sounds Like Magic
Interlude
Soulful
Astray
Head Out of the Clouds
Dirt Under Your Feet