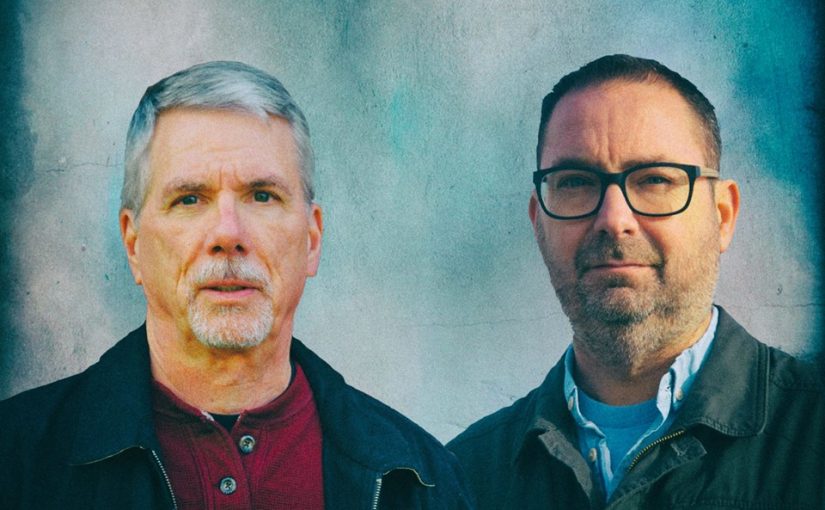 Pop music often gets a bad press; often because it is thought of as being bland, uninspiring and repetitive, and often with good cause. However, pop music can be anything but those criticisms with brilliant melodies, lush production and funny and quirky lyrics. Right from the moment Brian Wilson created ‘Pet Sounds’ in 1967, through Bowie’s many different reincarnations in the 70’s and 80’s and via the melodic cleverness of The Smiths, The Teardrop Explodes and World Party, pop music can offer moments of greatness and genius.

Fitting into that roster of clever pop influenced music is the latest release from Leo Koperdraat and Frank Urbaniak, better known as Fractal Mirror, ‘Close to Vapour’. The album has ten tracks that soar and grow with an ebb and flow, a gentle build to heights of dreaminess, and which take the listener deep into the stories being told. With production by Brett Kull of Echolyn, the band has created an album of outstandingly tuneful and clever songs that deserves the high plaudits that will surely come its way.

If I was to make a small criticism it would only be that the lead vocals will take a bit of getting used to. Leo has a slightly nasally style that, whilst not being a huge problem, does surprise and even disconcert, but only until you get used to his sound. Once the initial impressions have receded the idiosyncratic nature of the delivery adds to the depth and  multi-faceted sculpture of the album.

Being released on Bad Elephant Records in the first quarter of 2018 this album is one of the highlights of the year so far. Also featuring guest appearances from original member Ed Van Haagen, Tom Doncourt and producer Brett Kull, this album will entrance and beguile the listener with its superior pop melodies. I urge you to search this album out for all the rewards it will give you.