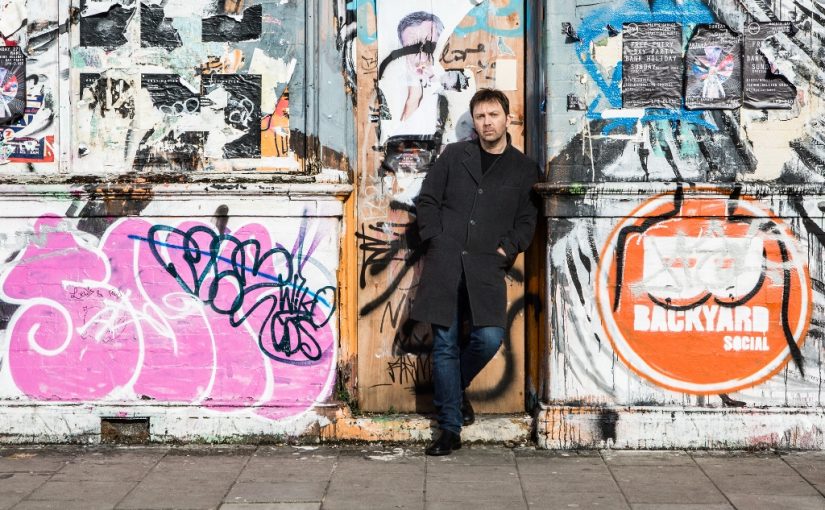 Paul Draper has announced details of a special edition of his debut album ‘Spooky Action’. The two CD set features the original album alongside a disc capturing Paul’s triumphant headline show at London’s Scala (recorded on 21st September 2017). The gig was part of a sell-out solo tour, Paul’s first live shows since Mansun stopped touring in 2002. The gig featured tracks from ‘Spooky Action’ (featured in the Prog, Louder than War and Guardian writers end of year charts – “the perfect confection for the later days of the 2010s” Record Collector 5*,), his solo EPs and Mansun’s ‘Attack of the Grey Lantern’ and ‘Little Kix’. The entire gig has been mixed by Paul’s long time collaborator P Dub.

Spooky Action & Live at Scala will be available as a 2CD set on Kscope on 16th February 2018. A single disc of the live album will be available from independent shops and a very limited signed 2 x 12” vinyl edition will be sold exclusively on Paul’s forthcoming UK tour dates. At those shows, Paul and his band will play a set of solo material before performing Mansun’s classic debut Attack of the Grey Lantern in full for the first time ever on the 21st anniversary of its release. The dates are:

Paul Draper was the frontman of Mansun – one of the most iconic bands of the late ’90s. Over the course of three albums (a fourth issued posthumously), they achieved something unique – after fostering a fervent cult following, they managed to maintain critical and commercial success with a series of intensely radio friendly yet increasingly experimental records. Off the back of their biggest radio record, Mansun imploded in 2003 and Paul all but disappeared from view.

Fast forward to 2017 when Paul released his long-awaited debut solo album, Spooky Action, on Kscope in the summer. The album was the result of a decade of thinking, tinkering, writing, recording and focusing.

2017 also saw Kscope acquire the rights to Mansun’s back catalogue. The ground-breaking label will roll out a reissue campaign over eighteen months that will cover the band’s entire history and enhance their reputation as one of the most iconic and innovative bands of the 90s.

Mansun’s four albums – ‘Attack of the Grey Lantern’ (1997), ‘Six’ (1998), ‘Little Kix’ (2000) and the compilation ‘Kleptomania’ (2004) – were originally issued by Parlophone. The Kscope reissues will bring these classic records into the modern age by delving into a treasure trove of previously unreleased audio and visual material while fully remastering the original recordings for 5.1 and deluxe 180gm vinyl. This campaign will begin with ‘Attack Of The Grey Lantern’, to celebrate the 21st Anniversary of the album’s release.