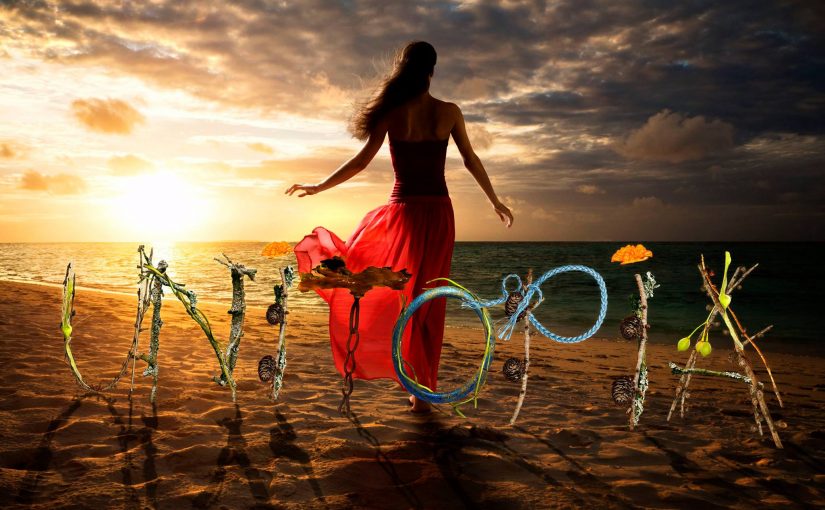 ‘A journey that takes us to the ends of our lives,
A race never lost, never won.
More than a dream, less than a vision,
Adventure again just begun.’

These hopeful, inspiring lines are from The Dream Complete, the first new Unitopia song since these Australian Progressive Rock masters sadly dissolved as a band in 2012. What appeared to be a total schism with little hope of resolution a few years ago now appears to have healed enough for Mark Trueack and Sean Timms to work together again on this new song. It is included as the finale to this triple CD remastered re-release on I.Q.’s Giant Electric Pea Records of their 2005 debut album.  Resplendent with beautiful and striking new artwork by Ed Unitsky and interesting booklet notes, this is a truly sumptuous package offering far more than merely a polished up version of the original album.

After the undoubted glories of two of the finest progressive rock albums since 2000 in the shapes of ‘The Garden’ (2008) and ‘Artificial’ (2010) it seems a fitting coda to their sadly all too short lifespan as a band that they should re-release their rarer, less  well known but promising debut album with some excellent additional tracks and some interesting re-workings and remixes. The original album ‘More than a Dream’ appears to have been a rather curious mixture of styles, but there were very clear indications of the great potential that later flowered with this excellent band. Justify is the zenith of this album, an epic track bubbling with rock power, hook-filled melodies and memorable lines – it even includes a cello solo (courtesy of Jacqui Walkden) and the ethereal child soprano of Holly Trueack, daughter of vocalist and lyric writer, Mark Trueack. What more could you want from a song… apart from Pat Schirripa’s powerful and gentle guitars embellishing a piece featuring great keyboards from Sean Timms. This track truly pointed to Unitopia’s future greatness.

Another side of Unitopia is revealed in the beautiful title track More than a Dream, opening with a lovely piano motif from Timms and Trueack’s soulful, distinctive voice, delightfully backed by the Adelaide Art Orchestra. A captivating chorus in a richly laden song echoes Supertramp at their best.  Common Goal is certainly an ear catching opening with striking drum stabs and an atmospheric keyboard drenched intro before the piece thunders along with an insistent driving rhythm and some fine vocals from Mark Trueack, introducing the optimistic and positive themes which have been the hallmark of his lyrics ever since. What may be more surprising to some are the horn effects that underpin much of the song to great effect. This songs segues into a percussive throb and the fine soprano sax intro from the now sadly deceased Mike Stewart in the catchy Fate. The chorus is a real ear worm, similar to the later Lives Go Round, so it is no surprise to read in the booklet notes that Sean Timms wrote music for adverts, as this song and much of Unitopia’s canon of songs are notable for their memorable hooks and lines. Accessible songs remained paramount to this band throughout it’s career, even at it’s most epic and progressive.

This is certainly a diverse album with the orchestral intro to the light Take Good Care, which sounds like it should have been in ‘The Lion King’ musical, contrasting with the gargantuan bass of Con Delo and guitar riffing of the more rocking Ride – although these do feel lesser songs of a new band looking for an identity.

Unitopia have always been capable of moments of contemplation and beauty as shown in Slow Down and the delicate ending of Still Here… and that’s probably where the first disc should have ended! Having reached a lovely atmospheric conclusion to the original album it is mystifying why they decided to follow it with the eponymous Unitopia track. This sounds like a big band number which Frank Sinatra would have delighted in – Trueack and the band can certainly swing along in great style, but there’s a time and a place for everything. The booklet notes that they left this off the original album as it’s feel didn’t fit the rest of the album – they were right then, and should have stuck to their first instincts now. In hindsight perhaps they should have found somewhere on the additional tracks for this rather cheesey relic of their early days. Similarly, There’s a Place is a touching song commissioned for a charity album and featuring Sean Timms ex-wife, Neusa, on lead vocals. However, as an admirable but frankly virtual copy of Peter Gabriel’s ‘Don’t Give Up’ it does not fit as an addition to this album and would have been better placed on the additional discs.

Nevertheless, it would be unfair to focus too much on these two slight mis-steps tacked on to this album, as it is clear that ‘More than Dream’ was a fine debut clearly indicating the great promise of this band.  In some ways it does feel like a band trying to find it’s way and it feels they were not fully formed. Perhaps it is significant that Matt Williams had not yet joined the band on guitars. Fine as the guitar contributions are to this debut album from a variety of guitarists there is not the singular style and drive that Matt undoubtedly added to the overall sound on their later albums.

The second disc in this release does feature Matt Williams as he ‘re-works’ four of the songs, particularly giving Common Goal and Fate more of a harder, rock edge with some great guitar work. In contrast his version of Justify is more ethereal . These ‘reworkings’ were part of an earlier plan for Matt to re-work the whole album in what feels like a curious attempt to present an alternative past as if he had been part of the original album. Similarly Sean Timms presents some of his own reworkings, including a more sedate version of Ride without the driving bass and guitar riff… which then strangely mutates in to some sort of Zappa-esque / King Crimson type ‘wig out’! However, Con Delo’s excellent bass is restored and given more prominence on the ‘Extended 321 edit’ of a CD single. Some of the other Sean Timms reworkings are much more dance inflected with varying success, ranging from the painful More than a Dream from 2006 to the much more engaging  and superior 2017 remix of Lives Go Round, featuring an excellent keyboard solo. 2004’s dance mix of Still Here is a little dated but enjoyable. In truth these ‘re-workings’ are varied and will divide opinion – some will delight in the different perspectives offered, whereas some may wince at some of the ‘left turns’ the producers have taken with the material. These views may be influenced by  whether one already has a relationship with the original album. Whatever one’s stance it is also probably true to say that aside from ‘ultra fans’ it is doubtful whether listeners will often turn to these alternative versions compared to the quality of most of the original songs on disc one.

The third set of this impressive set offers the most interesting offerings, which definitely make it worth it obtaining a copy of this excellent value release. Unitopia have previously contributed to rather obscure Progressive rock compilations, which have been rather expansive with a vast range of often obscure prog rock artists. Wisely, Unitopia have decided to make these two epic tracks available in this set. The Outsider originally from ‘The Stories of H.P. Lovecraft: A Synphonic Collection’ is a piece of gothic musical hammer horror, filled with eerie dialogue and atmospheric music, contrasting brooding lighter passages with impressive darker driving rock elements. Similarly the truly epic  Day 6, Tale9 from the Italian compendium ’Decameron: Ten Days in 110 Novellas – Part 2’ is a widescreen, cinematic piece described in sweeping progressive rock passages of outstanding keyboards and guitars. The previously unreleased but also atmospheric The Haunted Storm follows to make a fine triptych of rarely or never heard songs exceeding 30 minutes with so much to delight in… and it’s curious in itself that they allowed such outstanding work to be unreleased or be relatively sidelined on such projects.

This Life is a promising 1996 Mark Trueack demo of a song that later appeared on ‘The Garden’, and follows a middle section of this disc which the sleeve notes honestly admit fall in to the category ‘what were we thinking of???’ The four ‘dance mixes’ would probably have been better left off the album (and perhaps would have allowed the two rather incongruous tracks added on to disc one to find a less jarring and sympathetic sequencing?) Unitopia fans will lap up this album, but If you are unfamiliar with the band it would be a good introduction as a gateway to their later truly classic albums (and you may ask yourselves why didn’t I know about this band?!).

The final song The Dream Complete brings us full circle with a fine new song featuring Trueack, Timms and Williams and thankfully indicates a healing of relationships and a positive reflection on the past. Since 2012 Trueack and Williams have formed United Progressive Fraternity, and Timms has formed Southern Empire. Both bands have produced quality debut albums… but for some fans there is still the nagging feeling that together as Unitopia they really found something special, hitting the heights musically and spiritually. The lyrics of this song and the sleeve notes do seem to hint that perhaps the Unitopia story may not be totally complete –maybe, maybe not  –  we can dream, can’t we?

Order ‘More Than A Dream: The Dream Complete’ from GEP here