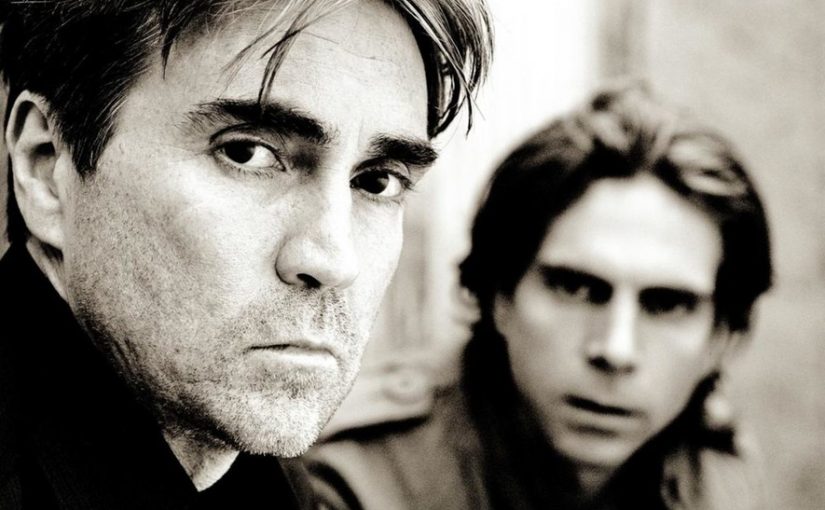 Discovering new music is an incredible journey that has become an important part of my life. There is a massive seam of untapped material out there and I can mine just a little so when I get a message from a PR company I’ve never dealt with before, asking if I’d be interested in their releases, my curiosity is mightily piqued.

That message came from Loudon Temple of Bloody Great PR and, true to his word, a week later a large envelope arrived with a selection of new releases. The first one that I picked from the pile was from Northern Irish artist The 4 Of Us and their new release ‘Sugar Island’.

This is music I’ve never heard or heard of before so I am embarking an a real musical voyage of discovery. Formed by Newry-born brothers Brendan and Declan Murphy, they have developed a strong musical identity which has produced original and award winning recordings, as well as a large and loyal fan base.

The 4 Of Us shot to fame with their 1989 debut ‘Songs For The Tempted’ and, to date, the Murphy brothers have notched up an enviable catalogue of timeless songs, including 6 Top 20 Irish charting albums.

‘Sugar Island’ is their seventh studio release and explores the brothers’ early years growing up in Northern Ireland and includes tracks reflecting on their childhood, in and around a border town during the height of the troubles.

Mainly focusing on the trademark interplay of their acoustic guitars, the brothers have also worked with a few gifted musicians to fulfil their vision. Enda Walsh, Sharon Vaughn, Peter McKinney and Yvonee Fahy all helped to bring this recording to life. (Picture by Will Rolls)

I have to admit to being blown away from the very first song, pop/folk roots music which is played with consummate skill. Bird’s Eye View opens the autobiographical release with aplomb. There’s a wistful and nostalgic feel that runs throughout the album, the lyrics are incredibly perceptive as you would expect from two musicians who lived through the worst of the Northern Irish troubles. The pared back acoustic simplicity of the Murphy’s two guitars borders on genius.

The vocal harmonies are note perfect and add even more of  polished sheen to the superb music. There’s something incredibly compelling about the simplicity of the arrangements and their melodic accomplishment which often verges on American roots music. I was a big fan of Chris Stills (son of legend Steven) first solo album and these guys really remind me of the flair and intimacy of that release.

There seems to be rose-tinted memories of those early days as the whole album has a reel feelgood and sentimental aura to it. Highlights for this reviewer (as well as the opener) are the incredibly emotive Going South, the title track Sugar Island, the raw, sparse and touching Argenta and refined closer Hometown On The Border but there are no bad tracks on this elegant release.

‘Sugar Island’ is a collection of beautifully refined songs that tell the story of Declan and Brendan’s formative years where they grew up among adversity and a nation divided and at war and it feels like a privilege to be invited to relive it with them once again. Music full of longing, regret and yet an album that leaves you with hope in your heart.

Buy ‘Sugar Island’ direct from The 4 Of Us here