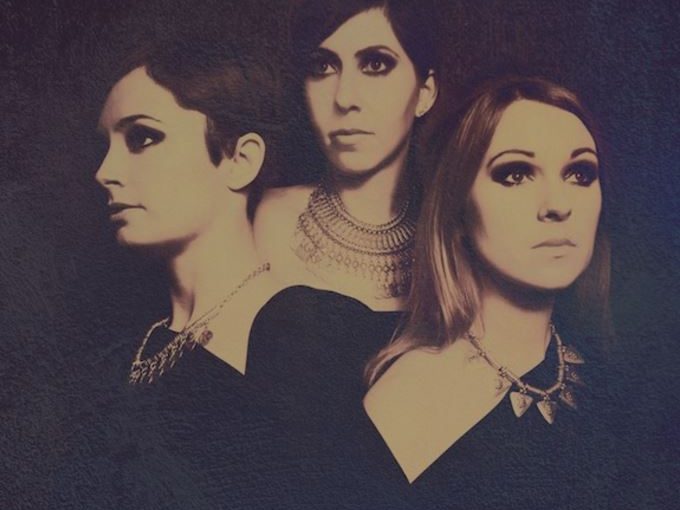 Beatrix Players are a London-based all-female trio whose unconventional but evocative   music straddles the boundaries of folk, prog rock, acoustic, classical and pop music.  The band have now announced they will be supporting Carl Palmer’s ELP Legacy (In Memory of Keith Emerson, Greg Lake & John Wetton) at The Stables in Milton Keynes next  Sunday November 19th. They will also be performing a warm-up London show at  Camden’s Green Note on Friday 19th January; before heading to The Robin 2 in Wolverhampton on February 11th next year to support Serpentyne.

Beatrix Players recently released double A-side single All That Thinking / Hurt in October. All That Thinking being taken from their 2017 debut album, Magnified, while Hurt is a previously unreleased studio recording of the Nine Inch Nails song, famously covered by Johnny Cash on his American IV: The Man Comes Around album.

The trio recently won the Limelight Award at the 2017 Prog Awards which took place at London’s Globe Theatre on September 14th, and performed Hurt live to an audience of peers, critics and industry insiders. The Limelight Award highlights the best of the talent that has emerged over the past 12 months on the progressive rock scene.Previous winners of the coveted award include The Anchoress, Messenger and TesseracT.

Through their enchantingly dark and evocative melodies, expansive arrangements and empowered orchestral sound Beatrix Players tell stories of real life and fantasy. Citing influences as diverse as Michael Nyman and Regina Spektor and drawing comparisons to the likes of Kate Bush and Einaudi Ludovico. There are tempestuous passages in the bands’ music that you can imagine being delivered by traditional rock instrumentation but it is the veryabsence of guitars and drums that means there’s nobody out there quite like Beatrix Players.