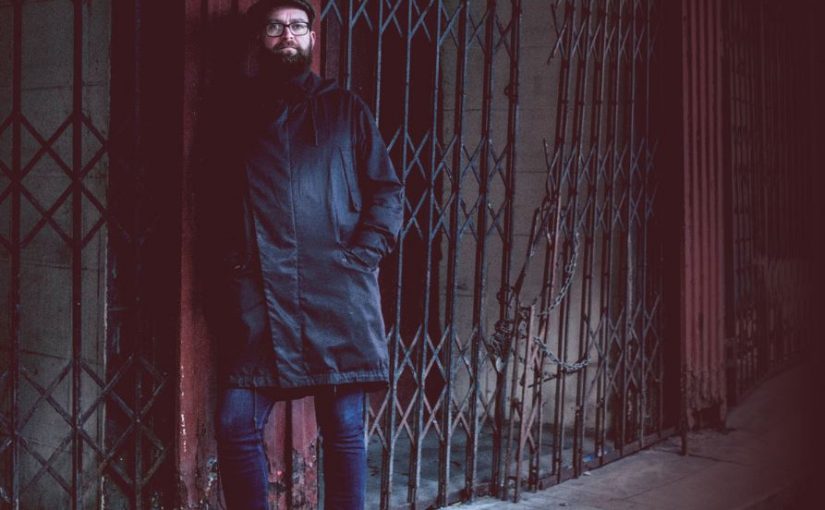 Music and singing has been used to tell stories for hundreds, if not thousands, of years. Those ancient troubadours spread the news of mighty deeds and wars won or lost, crossing mighty oceans and huge deserts to spread the word to the far corners of the earth.

Thankfully for today’s balladeers and poets, the digital age and the internet means their tales of escapism or gritty realism can be on anyone’s hard-drive in seconds and they don’t have to use donkeys and ancient ships to reach their audiences.

Folk music has always been at the core of telling the stories of the man on the street, the fisherman, the steelworker and folk singers have never hidden the darker side of these stories, tales that on-one else would tell, leaving audiences hooked on every word.

My good friend, the excellent musician Iain Sloan introduced me to the music of Scottish folk singer Findlay Napier last year and I still thank him for bringing this brilliant artist to my attention. This October sees the release of Findlay’s ode to his home town Glasgow and a collection of cleverly observed and written songs that reveal his love affair with this most gritty of cities. There’s no need for fanfare or overindulgence on this album, Findlay’s vocals and guitar are joined on this emotional journey by long time collaborator Boo Hewerdine (high strung guitar, piano) and the delicate voice of Donna Maciocia on backing vocals.

‘Glasgow’ is a whimsical collection of songs from a musician with a quick wit and a ready eye. Findlay has lived in Glasgow for twenty-one years, having been born there originally, and his intimate knowledge shines through.

Mostly I witnessed Glasgow from afar. On the telly it was a place full of humour: Francie & Josie, Naked Video and Rab C. Nesbitt. Taggart, bookended with Maggie Bell’s ‘No Mean City, was Glasgow’s darker side.”

The delicate guitar and subtle vocals that form Young Goths In The Necropolis are used to give Findlay’s view of the Necropolis and its magnificent views to the west and the daily happenings a nostalgic hue. There’s nothing glamorous about life at the bottom in any cities and the dark humour of Wire Burners tells the tale of how the homeless in Glasgow sell scrap metal from building sites just to stay alive. Findlay’s vocals have a way of keeping you concentrated on the story and taking in every word to build a picture up in your mind. Marchtown (written by Emma Pollock) is an area that Findlay walks through every day and this sentimental song takes you along on that daily journey. It’s a wonderfully romantic song that is touched by more than a hint of melancholy as it looks at the changes that have happened to an area that has hundreds of years of history at its heart. The perfectly judged backing vocals are a particular delight.

The wonderful St Anthony’s Digging a hole is a tribute to the gravediggers of the West of Scotland and is based on a Radio 4 documentary about these essential workers called ‘How To Dig A Grave’ by Cathy Fitzgerald. A beautifully wistful piece of music, it shows how Findlay can take a sombre subject and turn it into such an exquisite piece of music. St Anthony is the patron saint of gravediggers. On Julia Doogan’s wonderfully written and evocative track Glasgow Findlay’s elegant vocal paints a colourful picture of the heart of a City that lives its life around two great football teams and always makes him think of the Old Firm games when he hears it and the busy nights around the city’s many drinking establishments. A vivid and intense folk standard Cod Liver Oil And The Orange Juice, Findlay’s voice uses the guttural dialect perfectly to paint a gaudy picture on a wonderfully raucous pared-back track that just leaves me smiling all the way through. I actually laughed out loud at some of the lines,

“Then oot came her mammy – she was goin’ tae the cludgie, Oh-ho, I buggered of sharpish, Ah-ha, glory hallelujah, Cod liver oil and the orange juice..”

Findlay gives his take on the Blue Nile track A Walk Across The Rooftops, a song that always reminds him of days hanging out between the City Centre and the West End, barbecues, carry outs and late night sing songs in tenement flats. His tender vocal and the elegant guitar reminisce about sepia tinged times between receiving his final exam results and graduating.  There’s a hushed atmosphere about the track, a time when you felt on top of the world, unbreakable even. Never quite a protest song, There’s More To Building Ships is a poignant song that Findlay was moved to write after a conversation about reopening Scotland’s shipyards with his Dad. There’s a bitter sentiment tot he vocals, one that’s echoed by the solemn guitar. A wonderfully written piece of music that sees it as an ultimately futile endeavour, without a long term plan, there’ll never be industry like that again in Glasgow. A whimsical and quirky song, The Locarno, Sauchie Hall Street 1928 is a story about the first Scottish Professional Dancing Championships held in 1928 and won by Alex Warren and Cecilia Bristow. An unhurried, sentimental track, Findlay and Donna’s vocals give it a real warmth and affection along with a maudlin nostalgia.

King Kong’s Visit To Glasgow, written by ‘The Bard of Dundee’, Michael Marra, is about a dream that actress Caroline Paterson had. Her many vivid dreams were recounted to Marra when they were working on a show together at Dundee rep. A chilled, jazzy guitar and Findlay’s bright and breezy vocal give an upbeat feeling to this subtle and engaging song, a track with a real playfulness to it. The surreal lyrics about King Kong wanting to mend his ways and visiting Glasgow are quite genius and Findlay gives it a real engaging air. The final track is about unrequited love in a Glasgow chip shop (yes, really…) and The Blue Lagoon has an air of 30’s music hall to it with Findlay’s tender vocal and the haunting piano of Boo Hewerdine. Once again Donna Maciocia’s graceful backing vocals add anther layer of class to a superbly expressive song.

Some of the best folk music is coming out of Scotland right now. ‘Glasgow’ is a fantastic collection of sentimental and evocative songs imbued with a simple but engaging honesty because, after all, music is storytelling and here Findlay is telling the grandest story of his life.

All other photos by Richard Crawford, Precious Productions.

One thought on “Review – Findlay Napier – Glasgow – by Progradar”