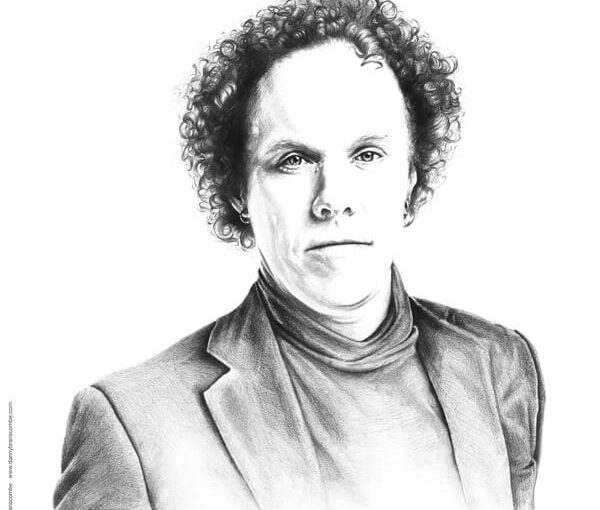 It’s been an eventful year so far for Anathema.

Latest album, ‘The Optimist’, has been very favourably received by press and fans alike, winning “Album of the Year” at the 2017 Progressive Music Awards.

With a stunning performance at Be Prog 2017 from the Poble Espanyol in Barcelona on 1 July gathering rave reviews, they are currently promoting the album on tour in North America, with UK and European dates coming up. Life would appear to be very good for the band at the moment in an apparent period of blooming productivity.

Not content with this, founding member Danny Cavanagh is to release solo album ‘Monochrome’ in October 2017, which he says “has a late night, candlelit feeling, evoking the light of dusk as the summer sun sinks below the horizon, setting the scene for thoughts and meditations that many people will relate to.”

It features guest appearances from Anna Phoebe and Anneke van Giersbergen, with Cavanagh playing almost everything else himself. The result he describes as “a deeply reflective and personal offering, inspired by internal feelings of love and loss.”

So what to expect from an acclaimed musician on his individual foray, cut loose from the pack?

In all honesty, the apple doesn’t fall too far from the tree, which is hardly surprising as Danny is heavily involved in writing the Anathema songs, but the material is more personal and introspective.

A video of first track The Exorcist has already been released, of which Danny says the band thought was so good that they wanted it as a central track on which to build another Anathema album. Danny resisted, wanting to include it on his solo release and whilst it was a difficult decision, says he is pleased he did. It’s a fabulous track with which to open the album full of emotion and trademark layers of  looping guitars and solos, carving a comfy position in the emotional heart of the album. A yearning for trust, the heartache of separation and a gratitude for salvation. For me it is every bit as impressive as stated and I can see why the band wanted it as a pivotal track on a new recording. Unreservedly the best track on this release, in my humble opinion.

So herein lies the problem for me initially, it is such a strong song that the others take time to absorb as I keep returning to this track. A breathy rising introduction to This Music finds Danny in reflective mood, sharing the vocal duties with Anneke Van Giersbergen. Fine guitar soloing slides in and out of this fairly short track that drifts along nicely with delicious melodies but fades all too soon for me.

We are left to wander around Soho, with the gentle piano/vocals  from Danny (this lad can sing, why does he not do more with the band) and joined once more by the elegantly gilded vocals of the lovely Anneke in this second duet. It builds from a pulse to a full production of Anathema proportions, receding delicately to piano key tinkling like rain drops. Leading you along orange lit, rain glistening pavements, passing gaudy neon signs above smoke filled entrances as a gentle breeze ruffles the notes into the dark night.

Classical style piano unites with yearning violin strings from Anna Phoebe to take off on The Silent Flight Of The Raven Winged Hours, across cloud ridden, dampened skies, holding back the sunrise. Click tempo rises as bass and drums wheel around the air above, encouraging a clapping accompaniment I would imagine, if ever played live. They settle on warming thermals of synthesised sounds and murmured chants that lift and fall to a lone piano searching out faint strings of birdcall, then suddenly bursting into anguished torment like a slow wailing at a funeral cortege for the dying strands of the night, until we are left with only birdsong to herald…

Dawn. Danny breaks out looping acoustic chords and violin swoops in to herald the sun’s ascendancy into the glory of a new day, on this short instrumental glittering with a touch of Irish folk.

The penultimate track, finds Danny sailing lyrically across Oceans Of Time, with his trusty piano on board penning love letters to a distant soul , harmonies of separation lamented with Anneke at his outpourings. Emotions rise in the familiar guitar sounds we have come to recognise and love from Mr Cavanagh and the soloing tears at your heartstrings once more as we are washed upon a familiar shore, where…

Some Dreams Come True. The looping waves of guitar lap gently on the sand with horse spray tails of a beautiful violin solo from Anna Phoebe cast delicately toward the end of this instrumental piece, splashing at the feet of a child, causing unbound joyous laughter, as gulls circle overhead, on what could easily have been a prelude track to The Optimist.

I have listened to this album at various times of the day and in different situations, at night in the peace of my own home, in the car whilst driving, in the background at work and on the train whilst watching the scenery outside flow past. This produced varying aural experiences and revealed further nuances with each listen.

It is a lovely album filled with Danny’s impassioned musings on a fine solo outing from this accomplished artist assisted by a couple of very talented ladies, adorning the tracks they are on with loving care.

The perfect accompaniment for a glass of wine in the warmth of your lounge shut away from the cold winter’s evening, or just as readily a companion for your walk in the country with the sun on the back of your neck and the wind in your hair.

All artwork by Danny Branscombe.