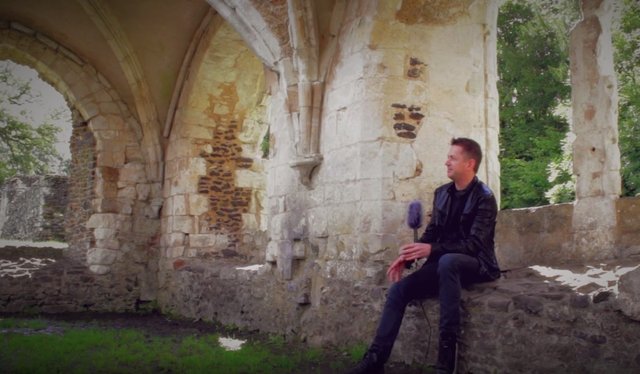 UK progressive metal quintet THRESHOLD are set to release their colossal double concept album Legends Of The Shires on September 8th via Nuclear Blast. In anticipation of the new release, the band have started rolling out trailers discussing various aspects of the album. In today’s trailer, keyboard player Richard West discusses Glynn Morgan returning to take on vocal duties for the first time since 1994’s Psychedelicatessen album, as well as the cameo appearance by founder member Jon Jeary:

Speaking about the track and video, Karl Groom commented: “The people at Sitcom Soldiers have created just the right atmosphere in our new video clip and it was an enjoyable experience to film for the band. We managed to find some excellent extras and tortured them with freezing showers in the clip, with some travelling as far as Sweden for the pleasure! It is great to have Glynn back in the band with Small Dark Lines showcasing all his power and versatility. This single should give people another glimpse into the double album Legends of the Shires and an idea of what is to come on release day 8 September 2017.”

Legends Of The Shires is available to pre-order on a variety of formats: One of THRESHOLD’s founder members Jon Jeary, who last performed with the band in 2002 also appears on the new album. Jon can be heard performing vocals on ‘The Shire (Part 3)’.

Speaking about his cameo, Jon commented: “I always look forward to hearing a new Threshold album and this time I’m doubly excited because Glynn will be singing and also, I am proud to say, there will be a small cameo vocal performance from me on ‘The Shire (part 3)’. It’s great to be able to appreciate what Threshold do now as one of their faithful army of fans and a privilege to make a small contribution.”

Jon Jeary was the band’s bassist and also performed backing vocals on songs such as ‘Eat The Unicorn’. He co-wrote a number of the band’s early classics, including ‘Sanity’s End’, ‘Into the Light’ and ‘The Ravages Of Time’. Jon previously appeared on the THRESHOLD albums Wounded Land (1993) to Critical Mass (2002).

They will also be making an appearance at HRH Prog in Wales on Nov 17th. Buy tickets: https://www.hrhprog.com/tickets.html