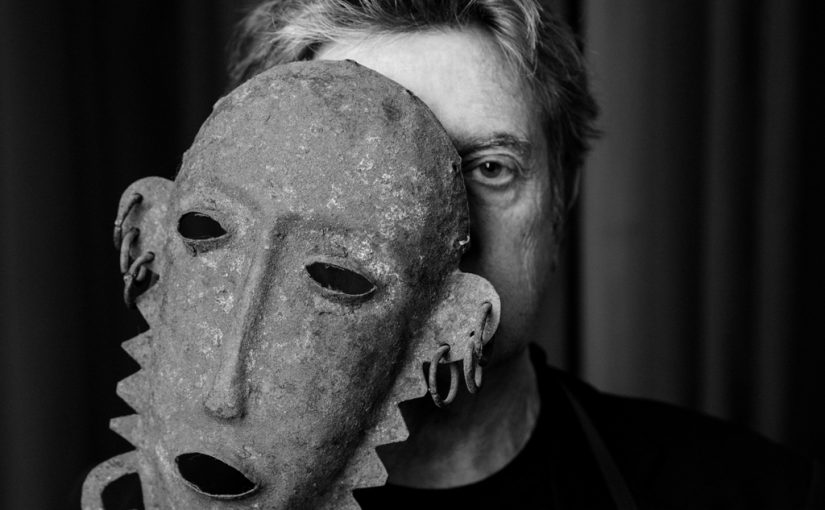 The following fragment of my review was recovered from the hard drive of my (now deceased) PC. This new shining Windows 10 machine is sleek, slim and functional, but does it like Prog?

One way to find out – Mr Andy Summers, if you please :-

“TRIBOLUMINESCENCE is actually a scientific word that means creating light from dark, which I believe is a great metaphor for any creative act and, especially, music.”

These words from the press release accompanying these tracks are perfect for encapsulating the feelings evoked listening to these 9 instrumentals. As I listened for the first time, I decided to be a grown-up reviewer and scribble notes as I listened, almost word association, but musical links rather than words. I then realised that even I can’t read my writing!

Anyway. I persuaded a lonely spider to decipher my scrawl and add his views. I then read the press release where a lot of technical information about capos, guitar tunings and stuff to please guitar nerd’s lives. I’m not a musician, but my ears know a few, so my impressions of this album are set out below.

One caveat – If you subscribe to the view that Prog is all about bands from the seventies singing epics, or modern bands recreating those seventies bands, then this album might cause you to break out in hives. There are complex drum patterns, guitars noodle away and tracks last more than 4 minutes.

The most “PROG” of them is the opener, if Anything which has a lovely, mellow Pink Floyd vibe to it, more “Shine On” than “Roxanne” if you like. Summers’ guitar soars over a bubbling brook of synths. The fluidity of the guitar also caused my brain to think of Funkadelic’s masterclass in evocative slow sustained emotional guitar, “Maggot Brain”.

A great start and I’m a happy listener as this ticks my boxes – it sends goose bumps up and down my arms as I listen.

The second offering, the title track Triboluminescence , has some great percussion and a bass line that conjures up an image of Mick Karn and Ryuichi Sakamoto jamming with Mr Summers on this track. It has a nice Eastern vibe to it and flows along like a Japanese Zen garden stream full of enlightened carp. The little guitar motifs grow and as they weave in and out of the mix like those fish surfacing between the water lilies of percussion, I’m drawn into the soundscape of this Zen garden. Eddie Hazel* is a point of reference once again, with the sustained flow of guitar throughout this track, a continual stream of notes flowing from the dexterous fingers of the guitarist.

*Eddie Hazel – legendary Lead guitarist of Funkadelic. George Clinton, whilst allegedly under the influence of yellow acid, famously told him to play “As If he’d heard his mother had just died”! That 10-minute improvisation went down in history and there are echoes of it in the guitar lines on this album.

By now, we are deep into Jazz territory, with track 3 sounding like Miles Davis and the groove is strong in this one. After that, there is a series of 1’s and 0’s. lots of them. In a random pattern. This means something. I know it does. What? I’m not sure. I will dig out the download of the album and see if it can translate them for me.

Ok, plan Z. instead of scribbling as I listen, let’s be scientific and type.

This is a one shot live as I listen review, all similarities are mine, they may not work for you, but that says more about the way my head links things than is healthy outside of a couch and a Psychiatry session!

Adinkra – Miles Davis as I said before. There is that vibe in a muted trumpet behind the beat, but the dominating instrument here is a drum, or rather a percussive type of instrument as it crashes and bangs high enough in the mix to overpower the delicate instrumentation. There’s a hypnotic melody played on sampled guitar that sounds like a clarinet, a trumpet and all float and glide up to the 3rd minute. Then a huge bass drum drags the rhythm off in a reggae direction. It’s almost a dub piece now, but he guitar motif is now African and fragmenting, little drips of notes falling from the branches of the jazz tree. Then it breaks down again, this time returning to the Miles Davis theme, but with the guitar scribbling all over the margins.

Prog? who knows ? more to the point, does it matter? If I said it was post bebop fragmented jazz tinged progressive post rock, would it still sound as sweet? Track 4 , Elephant Bird, continues what is becoming a world tour, with discordant brass over a shimmering gamelan style guitar tune that ebbs and flows , with  a very Middle eastern feel to it, especially the later part where an electric guitar arrives straight from the tubular bells album, sustained and octave shifting like a heat haze in a desert, the almost frippertronic backing adding to the Egyptian feel.

In fact, that sense of King Crimson déjà vu strikes again on the next track, Shadyland, which is all Robert Fripp and Steve Hillage looping around a laid back Bill Laswell bass and cymbals pattern. The repetitive guitar parts are deceptively simple, but layered and combining with the bass part create a jungle scene of aural beauty , with birds calling from the trees at dusk and the wind stirring above us in the canopy.

Haunted Dolls is all Zappa and freaky, next up, Gigantopithecus has that off kilter drum sound again, it’s not as if Andy Summers doesn’t know any drummers and had to rely on a couple of pots and a cardboard box is it? There is more of the subdued Fripp riffing in the background again, this is more reminiscent of “3 of a Perfect Pair” era KC, where thy attempt to out “Talking Head” David Byrne. The track wouldn’t be out of place on “Speaking In Tongues” or “Fear Of Music”, except it lacks Byrne’s literate lyrics.

Pukul Bunye Bunye follows on swiftly, another piece that thumps away whilst a guitar almost fumbles its way through the tune. Again, the percussion dominates , with the guitar acting as a counterpoint to the complex patterns being bashed out here. It gets louder and more frantic, with big tub thumper drums and big open chord guitars taking over before leaving this wonderful middle piece of a pair of spiralling guitars, slowly unwinding the tune and rearranging it before the drums pick up the new beat and all concerned fall off the stage.

Finally, Garden of the Sea invites us to view the fishes whilst contemplating the sheer sensuality of a cello playing slowly over the little sampled guitar chirrups as the waves slowly cause the seaweed forest to ebb and flow The track is slow and gentle, the sounds drift along gracefully with the guitar parts seeming to bunch up together and spill over each other, a shoal of notes swimming in the kelp forest whilst the cello evokes the tides, ebbing and flowing all around us.

The whole of the album is an exercise in shapes and textures, the antithesis to all those “Guitarist’s guitarist” albums which rely on someone rehashing bits of classical music either very loudly or at hyper speed, or both. Mr Summers is having a ball here, indulging himself in textures and sound patterns rather than simple song, and the album is stronger because of this experimentation.

Would I buy it? Hmm. Tricky. It’s very pleasant to listen to, and by its instrumental nature, would be ideal dinner party music, or music to study to.

It’s not bland wallpaper music though and if it was on in the background, I’d find myself stopping to listen as the little hooks and splashes worm their way in. When I’m in an ambient sort of Brian Eno / Future Sound of London / The Orb sort of mood, then this would fit in nicely.

In fact, I could create Spotify playlist of all the bands and tracks that my head associated with this album as I played it, but that would take another couple of hours and Martin is already chasing me for this piece! So, if you fancy a blast of ambient noise, then this would be a good way to spend an hour.

Buy from Cargo Records at the link below: