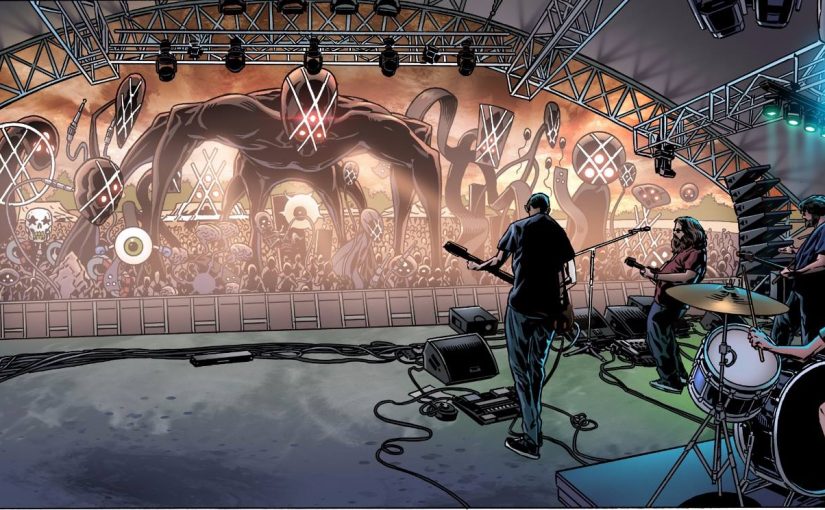 It is just under two weeks to go until Bad Elephant Music releases The Fierce & The Dead’s live mini-album, ‘Field Recordings’.

Taken from the band’s incendiary set at last year’s Ramblin’ Man Festival, ‘Field Recordings’ captures the band in their element – performing live on stage in front of an enthusiastic crowd. The album features two previously unreleased songs which may (or may not!) feature on The Fierce And The Dead’s third solo album, currently in production.

“As a bit of Easter cheer on a rather grim Monday, we’ve released the stream of a second track, another new tune entitled ‘Verbose’. Get it in your ears – and if you like it, and you have £8 to spare, it would be lovely if you’d buy a CD. Mark Buckingham’s stunning artwork is worth the price of admission alone.”

The band reckon this album is the best statement to date of what The Fierce And The Dead are about. Even Matt (Stevens) himself has gone on record as saying “yeah, it’s okay” – which if you know him you’ll recognise as the highest possible praise when it comes to his own work.

You can listen to Verbose and pre-order ‘Field Recordings’ at the link below:

The Fierce And The Dead – ‘Verbose’