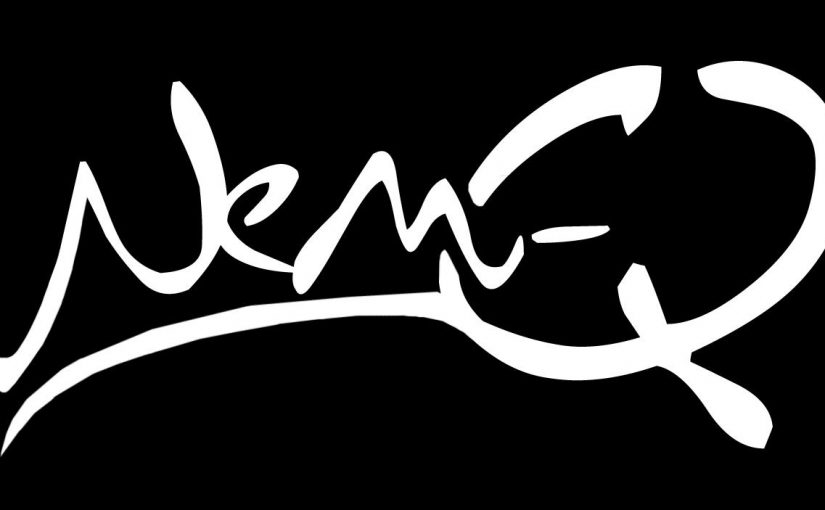 In April 2016 I reviewed ‘Fault Lines – Subduction Zone’, the first EP in a two-parts concept piece from Dutch band Nem-Q and now the second part of said EP, ‘Fault Lines – Terranes’ has arrived at Progradar Towers to complete this ambitious project.

A “fault line” means fracture. The double EP album cover shows a fracture (fault line) between a heart and a brain. This not only marks the division of the album, but it also shows the inner struggle of choices and the consequences. The new songs vary widely in dynamics and atmosphere and are closer to the band than the previous (concept)album.
Nem-Q are Paul Sieben (vocals, guitar), Mark Reijven (guitar), Maarten Meeuws (bass), Dennis Renders (keys, vocals) and Twan Bakker (drums, percussion). You can read my review of the first four tracks that make up ‘Subduction Zone’ here:

The second EP, ‘Terranes’, opens with Perpetual Motion and the intro is very smooth, cool and laid back with a delicious bass line and drum beat. It almost has a rock infused jazz feel to it with the off-kilter beat and Paul’s classy vocal. These guys have just carried on from where they left off at the end of ‘Subduction Zone’, a quite mature and earnest piece of music with some impressive playing as the song gets heavier, almost agonising in its earnest intensity. There’s an intricate instrumental section in the middle with an uplifting vocal delivery, technical but with heaps of emotion and soul. An apt description for this notable group of musicians.

Bipolar has an unsettling opening, focusing on the title of the track. All edgy, and harsh and with a chaotic feel, you are drawn into the maelstrom and left to find your own way back. The vocals are precise and measure with a fervent, almost mocking tone. My mind feels like it is in the middle of a disturbing, confusing vortex of sound. The band use the music to tell the story perfectly and the undercurrent of agitation can be felt all the time. A special blend of progressive metal concept storytelling that has you hanging on every note.

The longest track at seven and a half minutes, Confusion has a mysterious and enigmatic feel from the first note. It moves along with cryptic undertones, the keyboards giving it a questing and searching aura before Paul’s knowing vocal joins the fray. This track seems to want to stay in the shadows, furtive and hidden and yet erupts occasionally with powerful and combative outbursts of emotion to give it hidden depths. Around halfway though the song, however, it morphs into something altogether more outgoing and demonstrative. There is a power that was previously concealed and yet now appears in all its glory, the keyboards take on a more urgent note and the rest of the rhythm section, drums and bass, join in giving in a breathless edge as its races to some unforeseen conclusion, a song of two distinct sides, darkness and light.

A much more metal side to Nem-Q becomes apparent with Misguided, the vocals have a menacing tone and the music a much sharper edge. There’s a faster pace to the song and every note seems to be delivered from the bowels of the earth with increasing magnitude and power. It’s like someone has turned everything up to 11 with no care for the plaster on the walls, the dynamism and impetus is addictive and just carries you along with it to the elegant close.

The last song on this EP ( and the whole concept) is the title track Fault Lines and it has a potency and stimulus that could move any leviathan. The electricity crackles and burns just under the surface as the keyboards, give an eerie note over the rabid riffing of the guitar and the frenetic drums and high-energy bass playing anchors this violent vortex of musical efficacy. There are some really intricate instrumental sections among the vibrant discord and the song comes to an abrupt close leaving you to catch your breath and admire what has gone before.

The perfect partner to ‘Fault Lines – Subduction Zone’ and one that completes the circle, ‘Terranes’ shows a band content with their identity and musicians with all the skill in the world. Excellent songwriting and compelling tunes which, when added to the first EP, form a whole that is greater than the already substantial parts. More heavy progressive rock than prog-metal, whatever you call it, just make sure you add it to your wish lists!

Order from the Nem-Q Store: