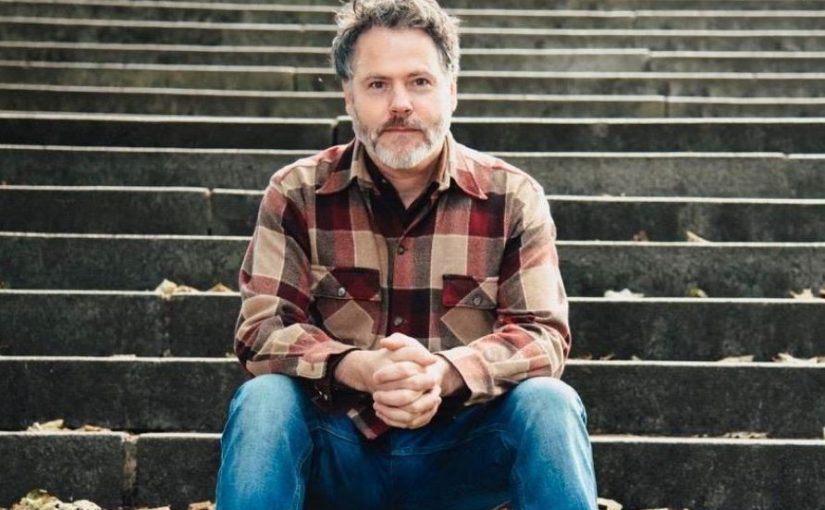 “Friendship … is born at the moment when one man says to another “What! You too? I thought that no one but myself . . .” ― C.S. Lewis, The Four Loves

“There is no surer foundation for a beautiful friendship than a mutual taste in music.” – (paraphrased from a quote by P.G. Wodehouse)

I’ve spent a large proportion of the last 3 or 4 years waxing lyrical about my musical discoveries and sharing them with the world at large (whether they liked it or not) but I’m man enough to admit that even I discover music from recommendations from friends and acquaintances.

I discovered the wonderful Scottish progressive rock band Abel Ganz through my friend (and now colleague) at Bad Elephant Music, David Elliott and that has opened up a wealth of new musical treasures that have been brought to my attention by the wonderful guitar player Iain Sloan who, as well as playing with the Ganz boys, lends his not inconsiderable talents to a few other Scottish artists including The Wynntown Marshals and Findlay Napier to name but two, enabling me to dig out these musical treasures too.

Iain also plays with the talented Scottish folk musician Norrie McCulloch and it is through his recommendation that I sought Norrie out and am I glad that I did, discovering that he was just about to release his new album ‘Bare Along The Branches’. ‘Bare Along The Branches’ is Scottish Singer/Songwriter Norrie McCulloch’s third full-length album in as many years and is the follow up to 2016’s acclaimed ‘These Mountain Blues’. Featuring a backing band of regular collaborators: Dave McGowan, Stuart Kidd and Marco Rea with Iain Thompson and Iain Sloan also entering the fold for this new recording.

The album captures McCulloch writing about the human spirit, folklore, growing and belonging. A chance meeting with a Russian photographer gave him the albums cover imagery, its title and a new artistic relationship. The album opens with the atmospheric Shutter with it’s melancholy driving piano line and echoing drums. Norrie’s world weary vocals take up the tale and you are immediately engrossed in the song. The banging shutter is the soundtrack to someone’s downward spiral, akin to a bell tolling and adding a slightly mournful note to this downcast, wistful tune. Like a well travelled troubadour Norrie’s brilliant voice just draws you in to the tale and the excellent music keeps you enthralled. Little Boat has a nostalgic feel to it from the first note, the delightful guitar tone is complemented by some wonderful keyboards and McCulloch’s sentimental vocals (channeling his inner Van Morrison)  give a feel of longing and remembrance. It’s simple beauty is utterly captivating and uplifting, a look back at time when life was simpler and uncomplicated perhaps? When music is this good, why bother making it convoluted and arduous, the engaging Hammond organ being a case in point, I’m left with a knowing grin on my face as it comes to a satisfying close.

The opening to the wonderfully whimsical Lonely Boy is sublime and reminds me of why I love music so much, that keyboard note immediately grabs your attention and your heart. It develops into a brilliant song of reminiscence and sepia tinged memories. There is an emotive depth to this track, brought to the surface by Norrie’s heartfelt, earnest vocals, full of warmth and succor. The chorus is serene and tender, demanding that you sing along and reflect on your own past. Bluegrass, Americana, Country and Folk all combine to brilliant effect on Frozen River. A song of loss but one with an upbeat feel, epitomised by the whipcrack inticate notes eminating from the banjo and mandolin. It fairly speeds along and the skill of the musicians involved is something special, all held together by the vocals of Norrie McCulloch, a voice that is proving to be very special indeed. A gentle acoustic guitar introduces Safe Keeping, a song full of emotion and sentiment, a story of life in a small town, the ties that keep us there and the battles to break them. A descriptive guitar sits in the background, played with a deft, sophisticated skill. There is a pared back sincerity to the song, a simplicity that has an infinite depth to it and the unadorned vocals sit perfectly alongside giving the whole song an uncomplicated grace. Country blues personified and with a great lap steel guitar running through the centre, Never Leave You Behind has the feel of a good time song played by good old boys and wouldn’t be out of place at The Grand Ole Opry. There a touch of Willie Nelson to the vocals and I’m just left tapping my foot and singing along to this feel good tune.

While researching for the album I got talking to Norrie about the next track This Time which, to me, is a favourite due to its simplicity and honesty. He had this to say,

“I’m surprised at how many folks are liking that song from the album, I was very close to leaving it off but nice that it seems to resonate with people.”

Well I’m exceedingly glad you did! Kept down to basics with the eerie, haunting pedal steel of the talented Iain Sloan, the beautiful and unforgettable piano of Dave McGowan and Norrie delivering a near-perfect vocal performance, this is a song that will live with me for a very long time. There’s a stark grandeur to this track, a primal honesty that has lasted the ages and it makes you stop and listen. The elegant music and sublime, rarefied vocals linger long in the memory after the final, exquisite note plays out. Turn To Dust is a wonderful, simple tribute to Norrie’s mother who passed away shortly before this song was recorded live and solo on acoustic guitar. It’s a remarkably personal piece of music and you almost feel as if you are intruding a little on his grief but you feel the deep, amazing love a son has for his mother in every note and I feel privileged that he felt he could share these feelings with us. I’ll not lie, there’s a tear in my eye and a lump in my throat as it comes to a close. A laid back country blues tune with a harmonica note full of pathos and not a little sorrow, Around The Bend brings to mind depression era America and a small town with dusty streets full of care-worn wooden buildings. The vocals mirror this feeling perfectly, people carrying a world full of issues on their shoulders but the music has a stark grace to it as if beauty can be found in any situation. The lap steel and banjo add even more poignancy to the song, giving hope that redemption may indeed be found ‘around the bend’. The last song on the album is the bare simplicity and atmospheric refinement of Beggars Woods, a piece of music as timeless as it is elegant. There’s an echoing wonder to the guitar playing and a captivating tone to Norrie’s vocals, the song needs nothing more as it weaves its plaintive way through your heart and soul, pulling you along in its wake.

“When this life’s got you bare along the branches…”

A song about opening yourself to life, to all the good and bad that you will encounter, cleanse your soul and become something more. The incredible guitar solo feels full of pain and remorse and yet there is also a small bud of hope and a promise of redemption. Remember, nothing is set in stone and you make your own path, whatever you may have to overcome.

Music has become a way of life for me and it is releases like this that define my life and give it meaning. Norrie McCulloch writes songs that are mini works of art, songs about life and death that we can all relate to on a personal level. ‘Bare Along The Branches’ will take you on an admittedly stark and yet ultimately uplifting musical journey that will leave you in a much better place than when you first started.

Buy ‘Bare Along The Branches’ from bandcamp