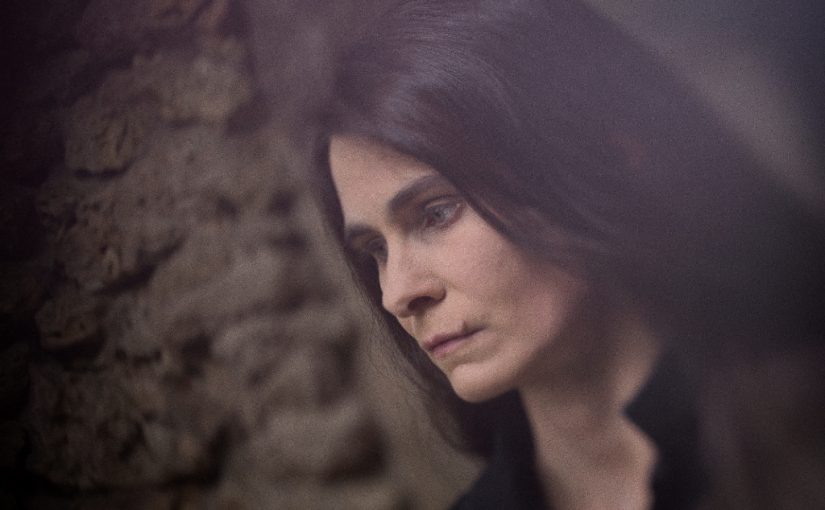 The premise for Nerissa Schwarz’s (of Frequency Drift) debut solo album, ‘Playgrounds Lost’, immediately intrigues for two reasons. First, it is an instrumental concept album about innocence lost—perhaps through very sinister means, judging from the album cover and song titles. Second, the songs are performed entirely on mellotron and electric harp. Put the two together and you’ve got something that veers so far to the left of ‘prog’ that it comes back full circle as very progressive indeed.

The album opener, Play, begins with chiming, plucked strings later overlaid with ambling mellotron washes. Soon, a menacing bass note takes over as the chiming, plucked ‘harp riff’ continues. Immediately, the album is off to a very expressive and cinematic start; honestly, it’s quite surprising that this is not the soundtrack to some foreign language film consisting entirely of wordless vignettes. Imagine a secluded playground in a moderately forested area: it’s mid-autumn, some leaves are turning, some green remains, the warm sun and chill breeze play together nicely. We see a lone child on the swing, pumping and pulling at a relaxed pace, eyes fixed straight ahead. The action doesn’t change much from scene to scene; instead, the camera moves around the location—sometimes out of focus—lighting changes, slowly moving toward dusk; we get the sense that something is not right here. Most of the songs move between pretty, bright uses of the electric harp and mellotron—more like the ‘hippie’ and folky-psychedelic sounds you probably associate with the instrument—and downright frightening brown notes that creep, circle, but never quite obscure the harp. Indeed, Schwarz has come up with some truly inventive uses for an instrument that often occupies a place of nostalgic filigree in many compositions. Here, the sounds range from meadowy to proggy to atmospheric to reminiscent of Taurus bass pedals.

Fireflying is perhaps the most thoroughly pleasant and reassuring track, but the songs tend to vacillate between golden hour, dusk, and menacing cloud cover. The album cover provides an excellent interpretive framework for listening, and I cannot separate images of a lone child in a secluded playground area from the musical experience. Thematically, ‘Playgrounds Lost’ is ambiguous but clearly dark. We may be listening to a metaphor for growing up, or possibly an experience far worse, but the closing trio of Something Behind Trees, No More Games, and Playgrounds Lost make it clear that we are dealing with something very serious and terribly unsettling.

And that is the great accomplishment of ‘Playgrounds Lost’: it takes the concept of a concept album, strips it down to bare instrumentation—strips even the instrumentation down to two—and pulls it off with clarity, virtuosity, and precision. It’s a niche album, to be sure. This is a film score without a moving picture. It’s too brooding and menacing for background music. Don’t try it as accompaniment for a workout or a long drive. However, need a bit of meditation, introspection, calibration for a pair of headphones? Love electric harp and/or mellotron and want to hear how far one can go in arranging for those instruments? Nerissa Schwarz has an album for you. And, given the expressiveness of these compositions, here’s hoping she gets the ear of some filmmakers looking for an original score.

Buy the CD digipak from the webstore