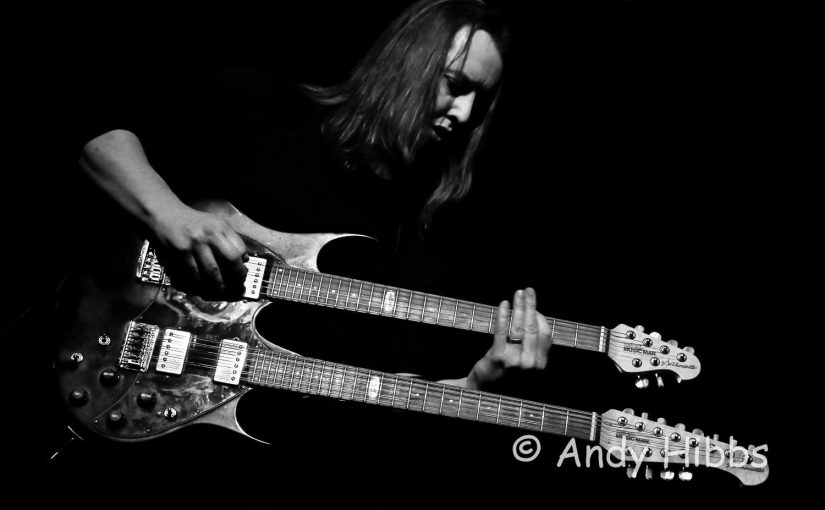 After much demand, renowned Panic Room and The Steve Rothery Band guitarist Dave Foster has launched a Kickstarter campaign to manufacture and release his latest solo album ‘Dreamless’ on vinyl.

You can support the campaign here:

Dave had this to say about the project:

“There have been so many requests to release the album ‘Dreamless’ on vinyl that it’s about time it happened. Its is one of those albums that deserves to be heard in all it’s glory on a turntable. Due to the albums length it spans four sides, so it very satisfyingly is a double album.

This edition of the album will feature some extra sleeve notes which are my notes about the recording and the origin of each track.

I hope that you guys really want this to be on vinyl as much as I do, it will sound ace. If the project doesn’t make it’s target, I don’t have the resources to fund it myself so sadly it wouldn’t happen…..but I think you guys will make it happen.”

I had this to say about the album when I reviewed ‘Dreamless’ on the 1st of June last year:

“The usually modest and self-effacing Dave Foster has stepped out of the shadows and onto centre stage to deliver his second solo opus and is to be applauded and admired for doing so. Such a variety of moods, styles and colours doesn’t always mix well but when it is done with consummate skill, like it is here, you are treated to a cornucopia of musical delights. While neither ground breaking or game changing, what it is is really rather good.”

Check out Amitriptyline from the album: